Six tourists have been taken to hospital and more than 20 treated at the scene after a hotel fire in Majorca.

Around 600 people were evacuated from the three-star Hotel whala!beach in Playa de Palma after the blaze broke out in a room just after 5am this morning.

All six floors of the hotel had to be cleared.

As well as holidaymakers, a firefighter is also understood to have been treated after suffering heat exhaustion. 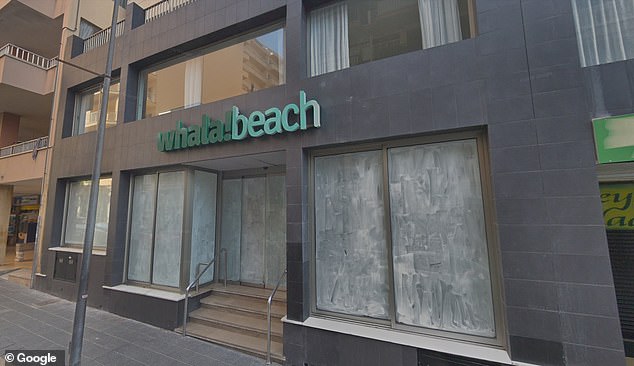 Around 600 people were evacuated from the three-star Hotel whala!beach (stock photo) in Playa de Palma after the blaze broke out in a room just after 5am this morning

It was not immediately clear this morning if any Brits were among those affected.

A spokeswoman for a regional emergency services coordination centre confirmed: ‘Six people were taken to hospital, five after suffering smoke inhalation and the sixth person with burns.

‘Another 30 people received medical attention at the scene.’

She said she was unable to offer any information on the nationalities of those affected.

The blaze is understood to have started in a first-floor room. An investigation was today underway into the cause.

The hotel is in an area of Majorca which is most popular with Germans although it is given good reviews online by Brits who have stayed there in the past.

Whala!beach, which is near the pleasure port in El Arenal towards the end of Playa de Palma, describes itself on its website as a warm and friendly hotel.

Its website says: ‘whala!beach stands out from other all-inclusive hotels in Majorca for the quality of its services and for its prime location at the beachfront of one of the best beaches in Majorca: El Arenal.

‘Enjoy a well-deserved holiday in our hotel in Playa de Palma, with stunning views of the bay and complete services including swimming pool, restaurant, pool table and terrace, all of which are in a privileged location near the main leisure spots and venues in El Arenal.’