Dramatic footage has emerged of a police chase that leads to a suspect crashing into a fighter jet and dying.

The chase took place in California and culminated in a rogue driver dying due to neck lacerations after hitting the back of an F-18 fighter jet in Lemoore naval air station.

His passenger died instantly upon impact with the stationary jet after he forced another jet to abort its landing. 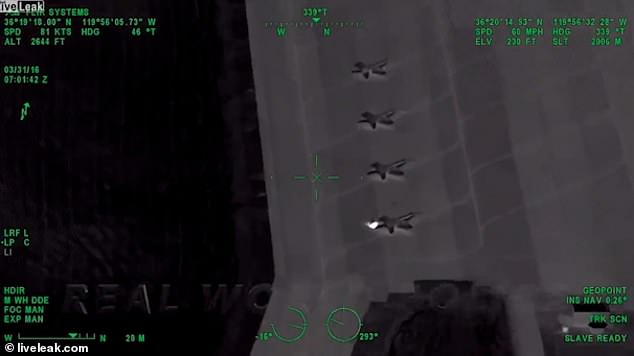 The driver swerves towards a stationary F-18 fighter jet, killing his passenger and later dying

The naval base is where the Top Gun sequel, starring Tom Cruise, is reportedly being shot.

The F-18 jets, that were used for combat scenes in shooting for the movie, were the centre of the drama in this police clip.

The driver led police down several roads on his way to the naval base before veering over a grass bank towards one lot of F-18s. 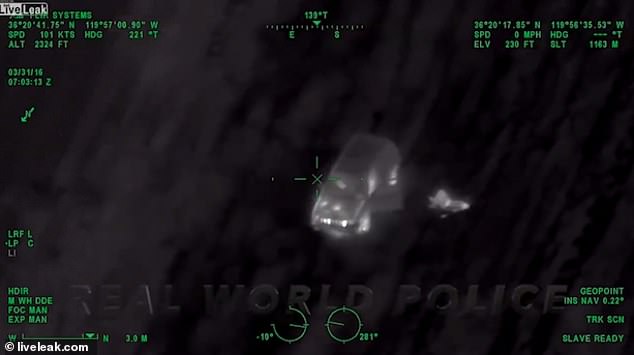 After hitting the back of a fighter jet and killing his passenger, he gives up chase and later dies 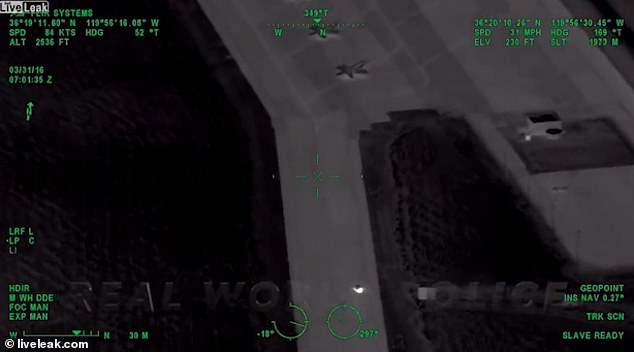 He missed them on the first occasion but helicopter crew can be heard saying: ‘He’s actually heading to the ramp where all the F-18s are sitting’ and  ‘S***, where’s he going?’

The female police operator can be heard gasping.

The suspect stops on the east side runway before continuing his tirade. An operator can be heard over the mic saying: ‘If they have an opportunity, get him and bring this thing to an end.’ 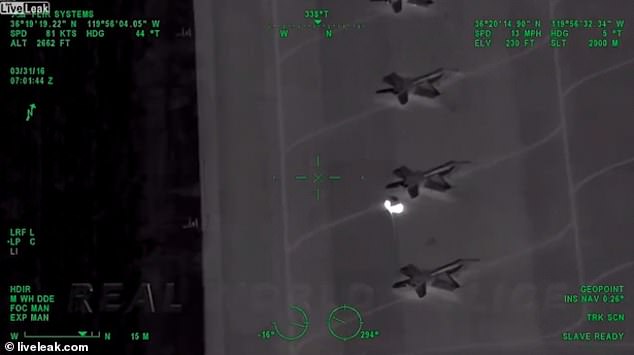 He then swerves his vehicle towards the F-18s and the helicopter pilot can be heard screaming: ‘Oh, oh ohh! He just had a near-miss on a couple of jets!’

It turned out not to be a near-miss as the driver had killed his passenger and eventually died in hospital due to lacerations on his neck because of the impact.

Both helicopter crew fall silent after returning to their craft. They had jumped out with their pistols ready to detain the man after seeing him get out of his vehicle and collapse on the ground.

It is not clear who the passenger was or what the motives are for the attack.