A heroin addict faces a lengthy jail term for killing a 100-year-old widow who had survived a Nazi death camp in the Second World War.

Artur Waszkiewicz, 40, grabbed pensioner Zofija Kaczan from behind and stole her handbag as she walked to a church service in Normanton, Derby on May 28 last year.

She suffered multiple injuries as a result, including a broken neck and fractured cheekbone. Her condition later deteriorated and she died from pneumonia last June.

Astonishingly, committed Christian Ms Kaczan had prayed for her attacker as she lay on deathbed, friends have said. 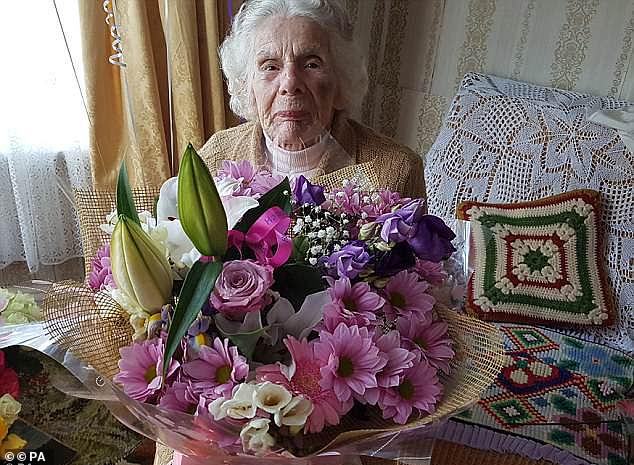 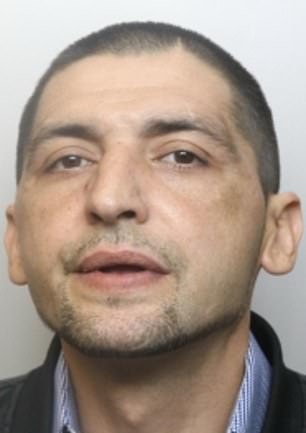 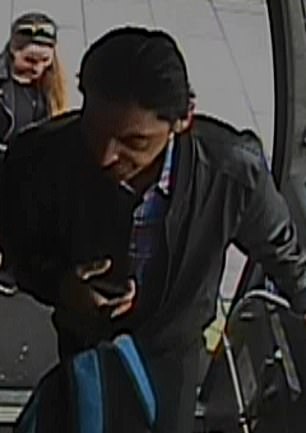 Artur Waszkiewicz was today convicted of both manslaughter and robbery. He showed no emotion today as the verdicts were read out. He is pictured, right, making his escape 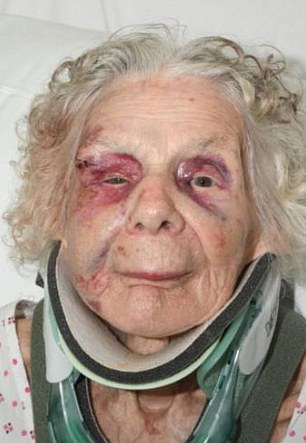 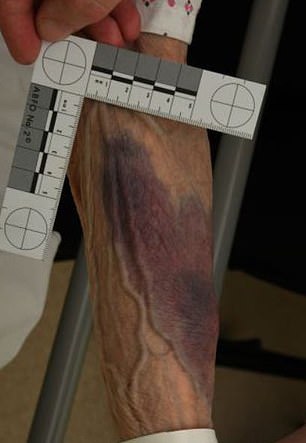 It took a jury just over two hours to convict Waszkiewicz of both manslaughter and robbery today. He showed no emotion and looked straight ahead as the verdicts were delivered.

Addressing the jury, the judge said: ‘The sentence will inevitably be one of lengthy imprisonment. Mr Waszkiewicz knows that.’

Waszkiewicz was caught on CCTV driving a Seat Leon car he bought from his father minutes before robbing Ms Kaczan – slowing down as soon as he saw a ‘small, vulnerable’ woman on her own.

He needed an ‘easy target’ to steal from so he could meet a drug dealer a short time later to buy £20 of heroin.

The force he used ripped the handle off the handbag, inflicting significant bruising on Ms Kaczan’s arm. 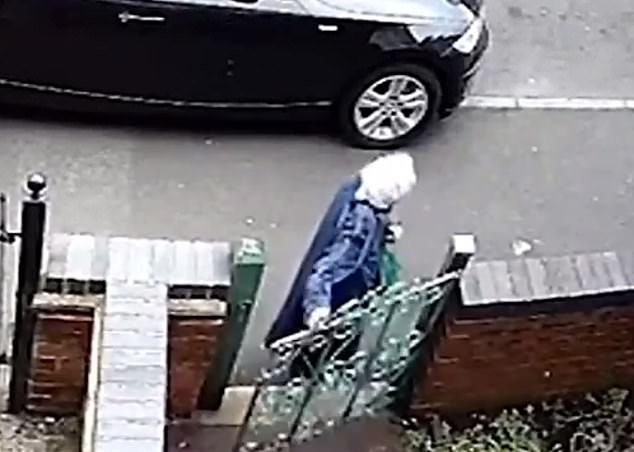 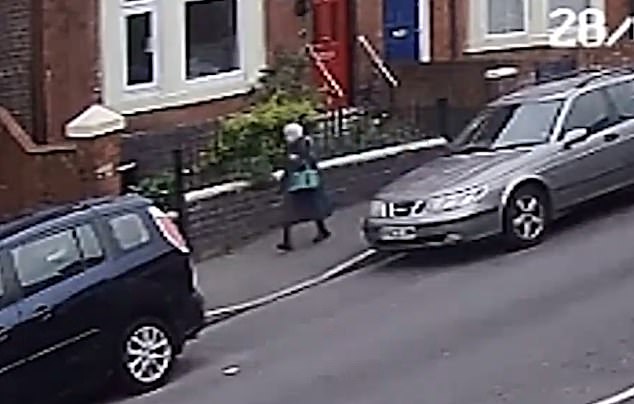 She walked down the street on her way to church, while Waszkiewicz looked for a victim 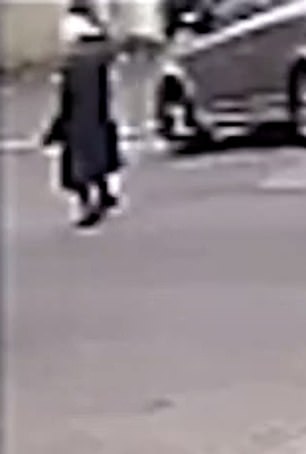 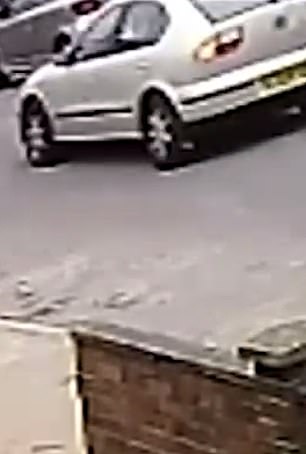 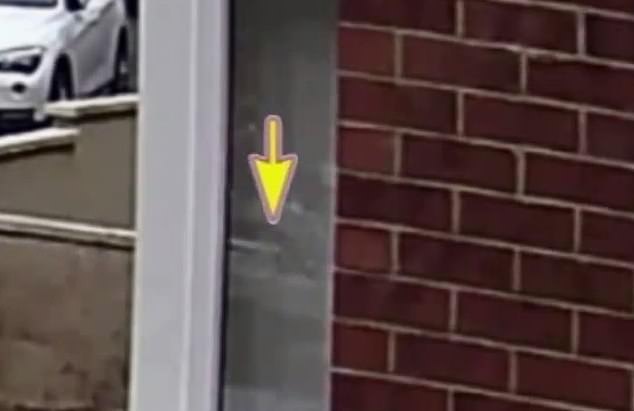 Opening the case, prosecutor Kate Brunner QC said: ‘She was attacked, she was thrown to the ground and her handbag was snatched from her.

‘She was small, on her own, vulnerable – an easy target for a man desperate for money.

‘He attacked Ms Kaczan, yanking her handbag from her and leaving her injured in the road and driving off.’

Police arrested Waszkiewicz, who was also born in Poland, after his fingerprint was recovered from a receipt in the bag.

He fled the city and hid under a bed at his mother’s house in London to try to avoid arrest.

He drastically altered his appearance by cutting his long hair and changed the insurance details on his car. 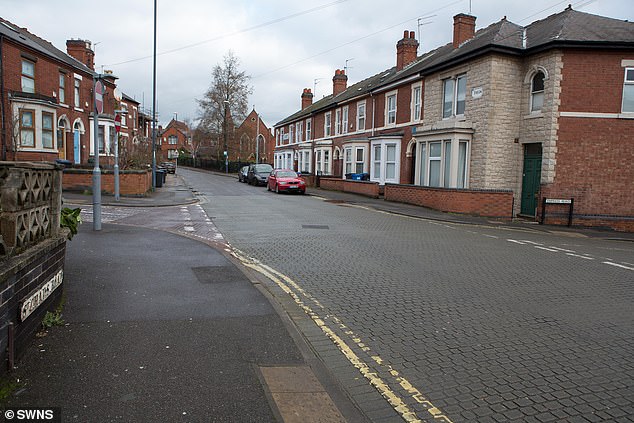 Empress Road in Normanton, where Ms Kaczan was attacked on the morning in May last year 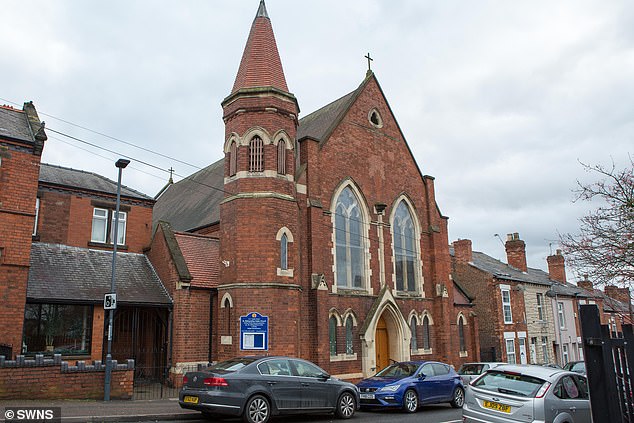 The jury heard he was so desperate for cash that he had tried to sell his dog, and asked neighbour John Shinners for money.

The trial was told the 40-year-old had a number of previous convictions including shoplifting, creating false identification documents and one offence of battery.

He denied both charges, saying he had found the green handbag in the middle of the road, picked it up, and disposed of it at a well-known fly-tipping area because there was no cash.

Mrs Kaczan, a devout Catholic, had celebrated her 100th birthday with friends at her home just weeks before the mugging.

She had moved to Britain from Poland after the Second World War with her husband Micoli  who worked for Rolls Royce in Derby before his death around 10 years ago. The couple had no children. 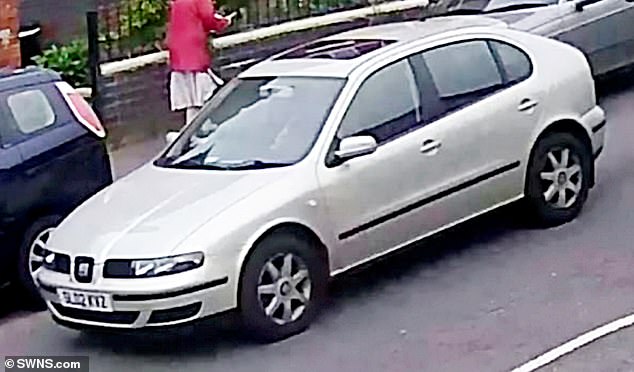 A statement issued outside court on behalf of the polish community from St Marksmilian Kolbe said: ‘We would like t thank all the people who have been involved in bringing the perpetrator of the crime against Sofoija Kaczan to justice. It has been difficult for the community.’

Waszkiewicz, of Shepherd’s Bush, west London, will be sentenced at the same court on Thursday.

A damning fingerprint on a receipt in the handbag of 100-year-old Zofija Kaczan and her killer’s drug addiction were key factors in proving his guilt, a chief Crown prosecutor has said.

Artur Waszkiewicz told his trial he had been a heroin addict since the age of 18, which the prosecution proved to be his motive for robbing the elderly widow. 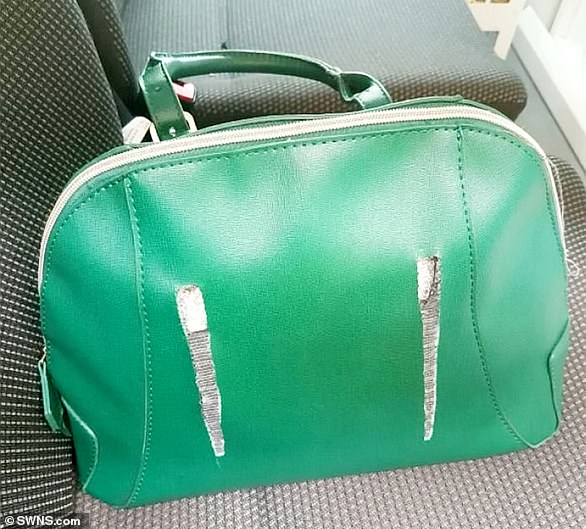 Ms Kaczan was robbed of this handbag, with Waszkiewicz wanting money for drugs

Addressing Waszkiewicz’s previous convictions, Chief Crown Prosecutor for the CPS in the East Midlands, Janine Smith, said: ‘He did have a propensity for dishonesty.

Ms Smith continued: ‘The thing about this case is if you look at the defendant’s behaviour before and after – that is what we could put in front of the jury.

‘After the offence he changed his appearance and cancelled the insurance policy on his car.

‘We would say they help to build a picture which we can put to the jury.’

Asked what she believed led to Waszkiewicz’s conviction, Ms Smith said: ‘I really do believe it is a combination. His vehicle being in close proximity very shortly before the offence, the fact you can see the brake lights on his car and the fact that you can see his fingerprints on a receipt in the bag.

‘He is the one who had the motive. He is the one, by his own admission, who had a heroin addiction.’

Speaking of Waszkiewicz’s desperation for drugs, Ms Smith said: ‘I think it is a clear aggravating feature of the offence and we would say that he has targeted someone who is vulnerable.’

Hitachi scraps plans for Wylfa Newydd nuclear power station in Wales
Father-of-five who claimed his sister and nephew died in Grenfell fire to secure £35,000 payout
Lindsey Graham: Soleimani was 'right fist of the Ayatollah and we took the Ayatollah's arm off'
Legal bid to reveal identity of James Bulger's killer launched today
The worst dressed stars at the 2019 Grammy Awards
Trump claims he has no memory of new bombshell claim that he told his EU ambassador
Ebola in DRC could 'get even worse if political instability continues'
Elderly woman, 75, is stabbed to death with man 'known to victim' arrested