A drug-fuelled armed robber who killed an off-duty PCSO in a horror crash just days after being released early from prison has been jailed for nine years.

Darren Ogom, 42, was high on crack cocaine when he led police on a 105mph chase for 12 miles around Birmingham before ploughing into Holly Burke’s Ford Fiesta. 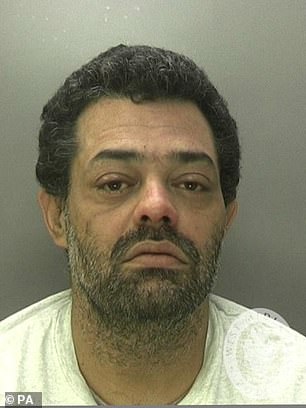 He had driven over a police stinger device moments before careering through a red light and hitting Miss Burke’s car at around 11.30pm on January 22.

Despite the best efforts of paramedics and police officer colleagues she was pronounced dead at the scene in the Bearwood area of Birmingham.

Ogom admitted causing death by dangerous driving, driving without a licence or insurance and failing to stop for a police officer at Birmingham Crown Court.

He was jailed for nine years and an extended three years on licence. He was also banned from driving for 16 years.

Judge Melbourne Inman QC said: “It is quite clear you have committed serious offences. I have no confidence it will stop now.

“There is quite clearly a significant risk of you re offending under the influence of cocaine and a risk of serious harm and I consider you are a danger to the public.

“This was a police chase. In this case you had every opportunity to stop. You have a bad record for offending generally and you were on licence.

“The aggravating features are so numerous it takes it to the top of the range.

“You smashed into her car. It is a very distressing video to watch. You had been released from a prison sentence but days before.

“You have a bad record for driving. In 2013 you received a sentence of four years and ten months for robbery.

“This was obviously a persistent and prolonged course of bad driving. The speeds were huge.

“Miss Burke was someone with her whole life in front of her.

“The driving continued over a very long distance, 12 miles. 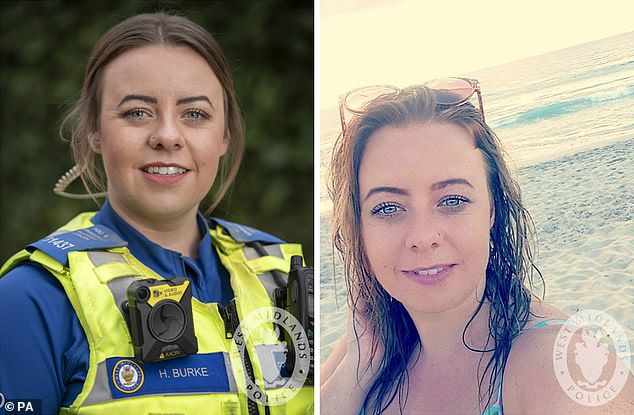 “It was so dangerous the police abandoned their pursuit.

“You were under the influence of drugs and speeding. The danger you presented to a large number of the public can scarcely be described. Eventually tragedy occurred.”

Ogom was driving a Renault Scenic towards Gravelly Hill, in Birmingham, at 60mph in a 30mph zone when he sped past a police car which followed him at 11.20pm.

A second police car joined the chase which lasted 14 minutes while cops pursued Ogom for 12 miles around the streets of Birmingham.

At one stage, Ogom was clocked travelling at 105mph and sped through several red lights before driving the wrong way down a dual carriageway.

The court heard police abandoned the chase because it was becoming to dangerous for other road users but he was picked up again by officers a short time later.

Officers deployed a stinger device which Ogom drove over before careering through another red light and smashing into the side of Ms Burke’s car which was coming in the opposite direction.

When he was arrested, Ogom told police he was using his wife’s car to collect a friend from hospital and panicked when he saw the police because he was on licence and did not want to go back to jail.

Ogom, of Kings Norton, Birmingham, has a string of previous convictions, including smuggling cocaine in Panama and robbery when he held a gun to a victim’s head.

In 2014 he was jailed for holding up a newsagent at gun point where he made off with just a few pounds.

Ms Burke was the third woman to be killed in high speed 999 call-outs in just two days last month.

SpaceX completes a 'perfect' mission as Dragon lands in the Atlantic
School children under 15 have just a 3.5MILLION-to-one chance of dying from coronavirus
Deaths of Baby Boomers 'to peak in 2044' study shows
Vanity Fair Oscars Party: Sofia Vergara and Jessica Alba attend
Syrian president Bashar al-Assad's London-born wife has 'successful' breast cancer surgery
BBC Asian Network forced to apologise amid backlash over tweet
2,153 billionaires are richer than 4.6 billion people, Oxfam report says
Councils to use drones to spy on homes to makes sure they haven’t breached their planning permission