Dutch coastguards yesterday saved a migrant trying to cross the North Sea on a makeshift wooden raft made of flower pots and tree branches.

The Royal Netherlands Sea Rescue Institution (KNRM) tweeted that the man was picked up on Sunday morning near Ijmuiden, west of Amsterdam.

Dutch media reported that the man appeared to be a 26-year-old refugee from Eritrea who wanted to reach Britain.

The V-shaped raft he built had no engine and only a sail made from a piece of plastic. It was constructed from empty plastic bottles and construction foam tied together with rope.

Pots were tied end-to-end to make the makeshift craft into a dinghy-shaped vessel, according to Noordhollands Dagblad. 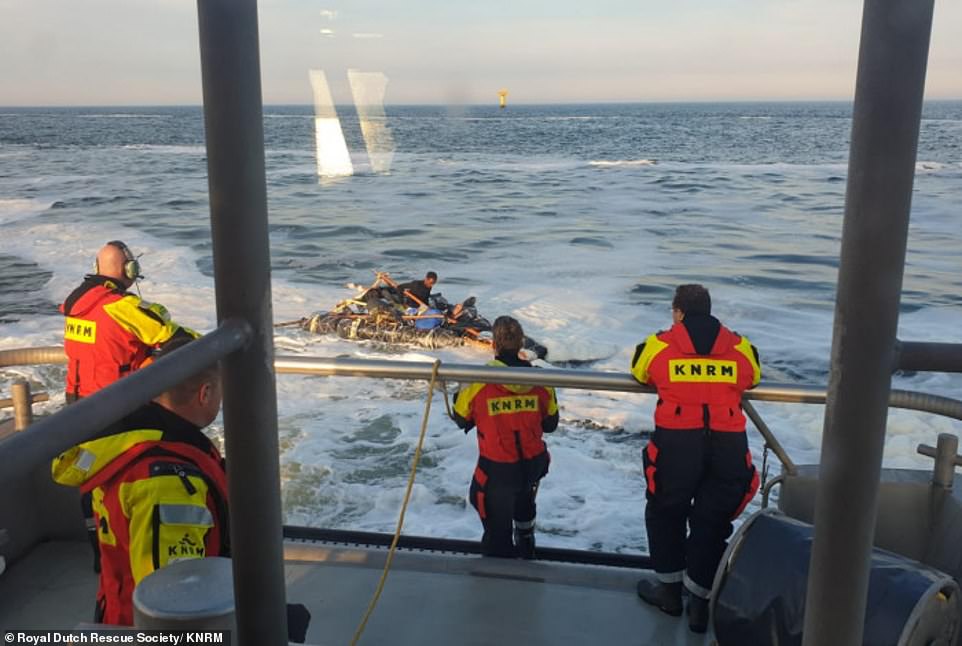 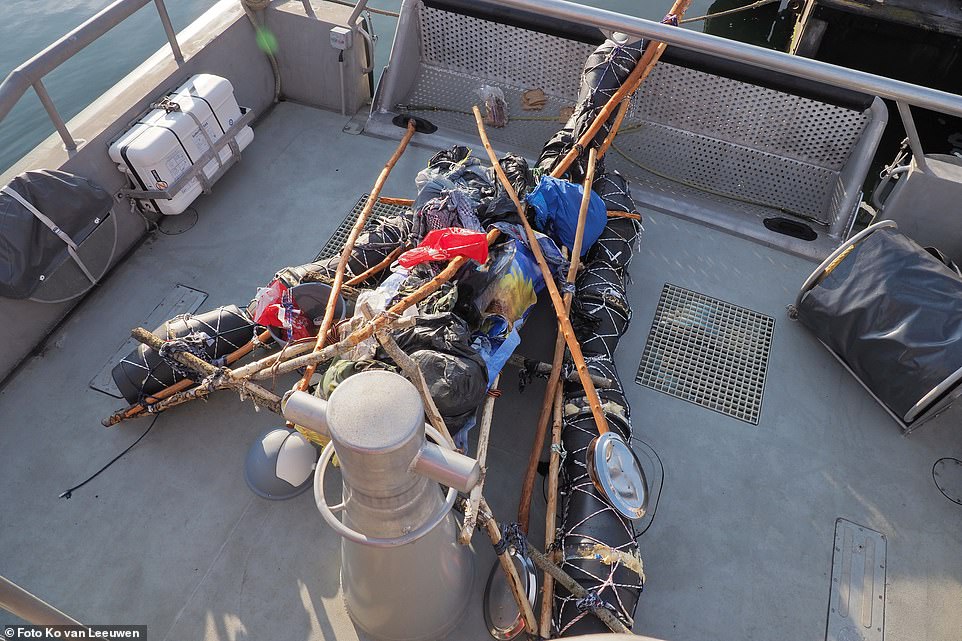 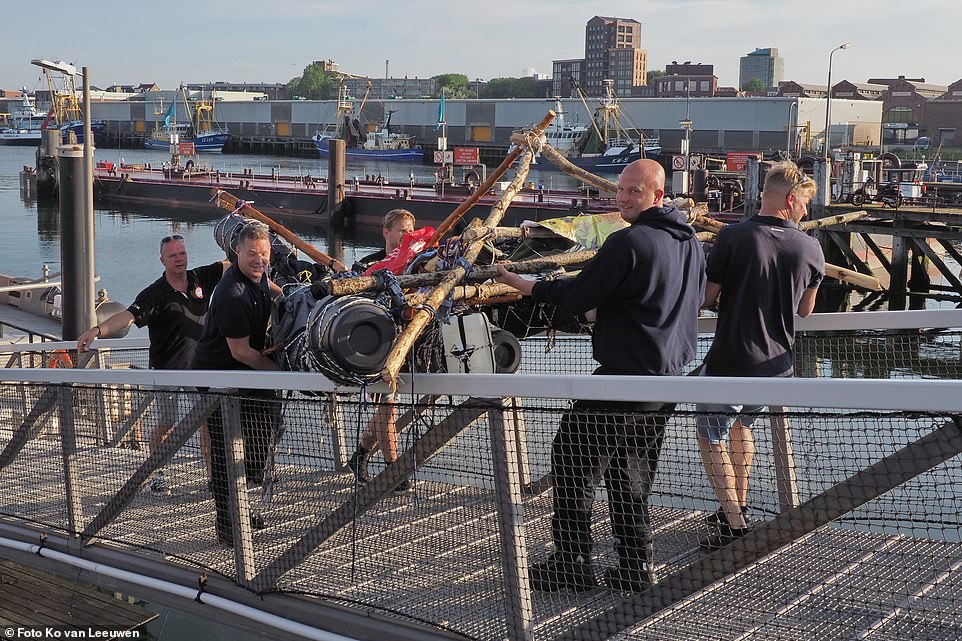 The Royal Netherlands Sea Rescue Institution (KNRM) pulled the vessel and the 26-year-old sailor ashore. His homemade V-shaped raft was held together with rope and camping ties. To move through the water he used oars made from tree branches with metal trays attached to the end to form a paddle 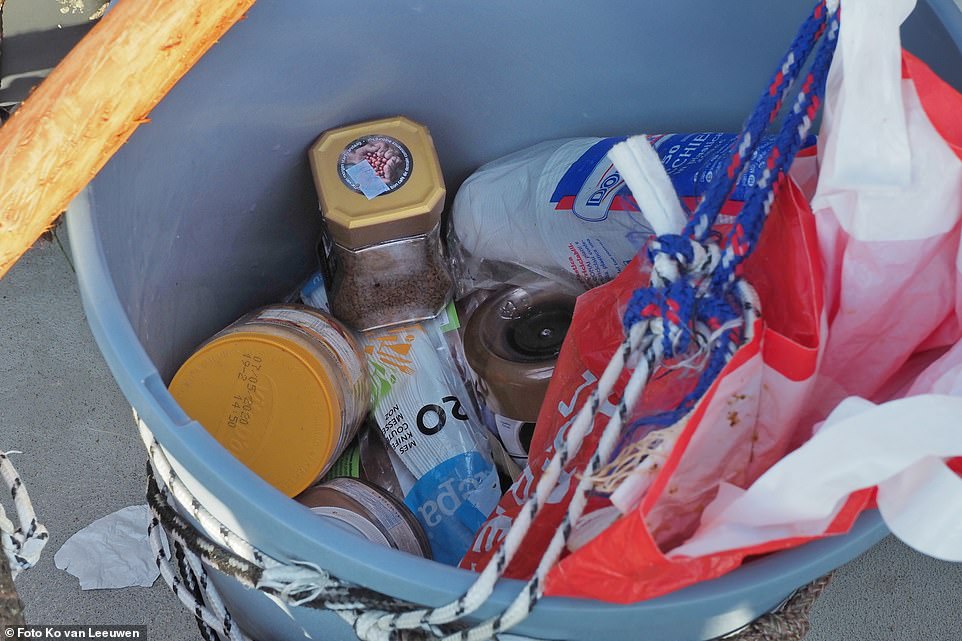 The man had supplies such as coffee, chocolate spread, a jerrycan of water hanging from the bottom of the dinghy and a solar panel to charge his phone

He even had a jerrycan with water, coffee and a solar panel to charge his mobile phone.

To move through the water, the suspected migrant made oars from long, thin tree branches with metal trays attached to one end to form a paddle.

In order to make the craft float the man stuffed building foam into the flower pots, which were sealed together with stretchy camping ties and hooks.

The unnamed man, who could not speak Dutch or English, was discovered on a busy shipping route used by freighters entering the shipping lane towards Amsterdam.

Dutch coastguard pulled him aboard and he was taken ashore to be handed over to border control officials in the Netherlands. 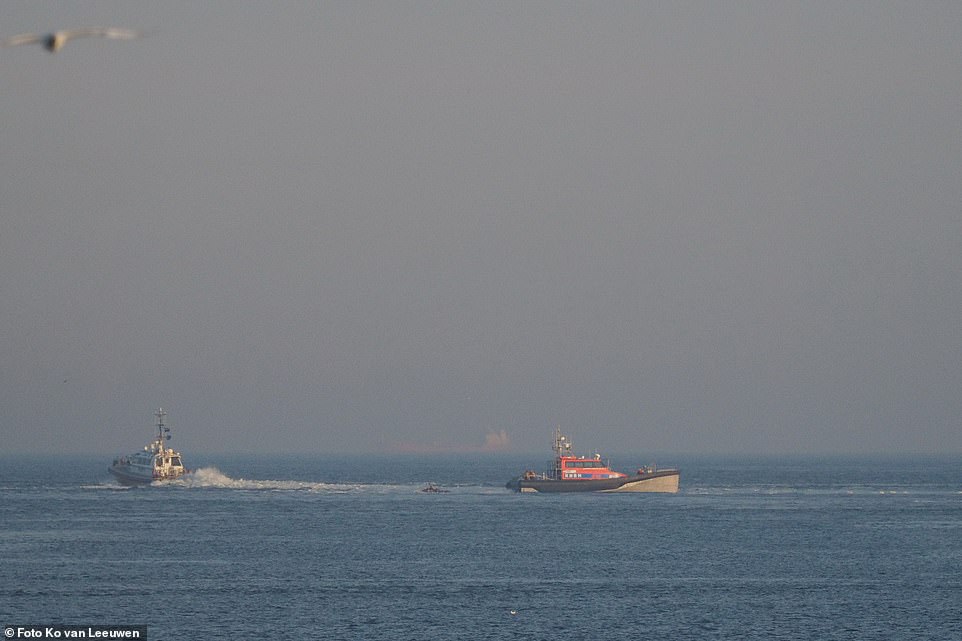 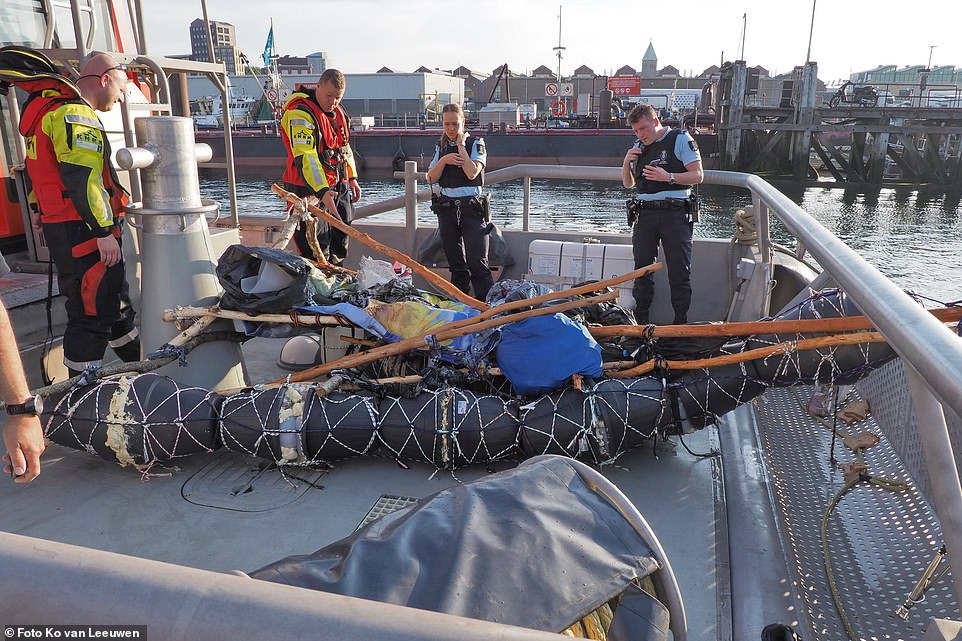 Plastic bags covered the wooden craft, some contained the man’s belongings, others were used as the ‘hull’ of the boat in his bid to sail towards the North Sea. There was a lower compartment that he used to store his possessions and two paddles could be seen resting on the rudimentary vessel 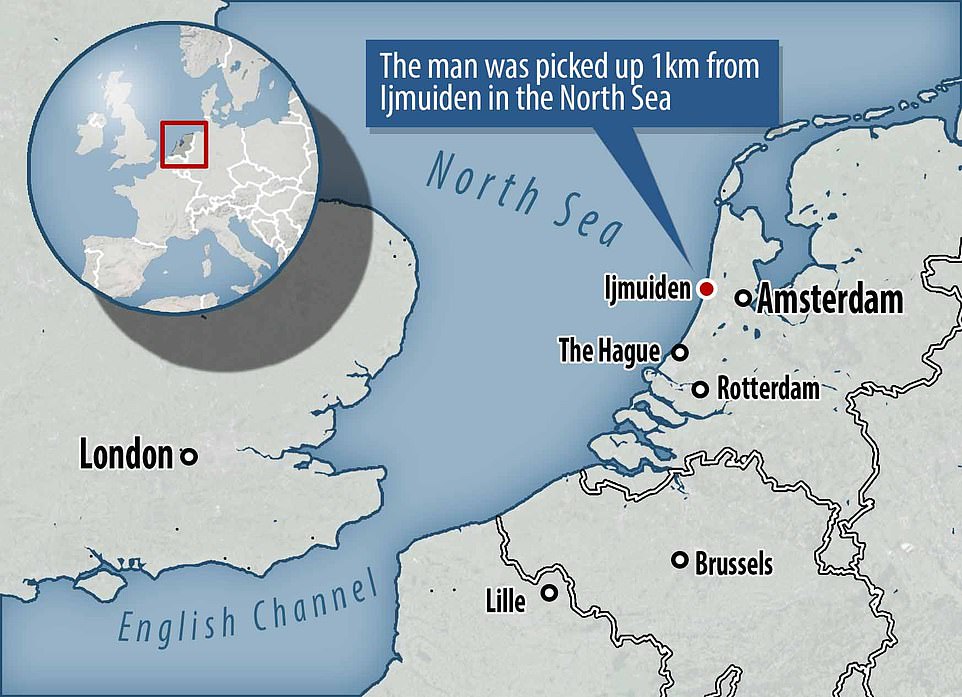 The 26-year-old man was rescued 1km from Ijmuiden, drifting north towards the Amsterdam shipping lane, away from his destination of Britain via the North Sea 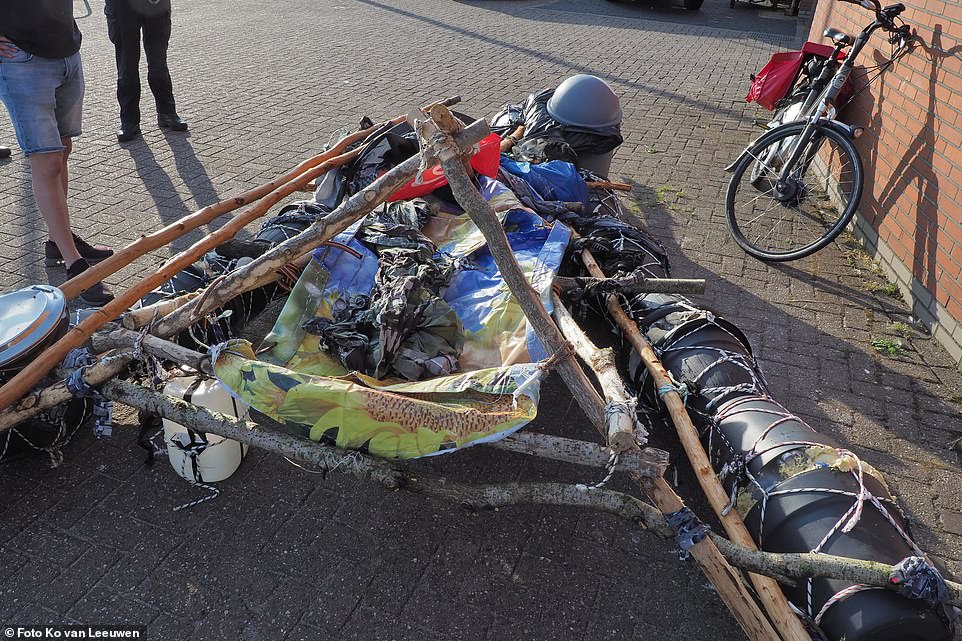 The makeshift craft was made from tree branches tied together with rope, as well as flower pots stuffed with construction foam to help make the vessel float. Branches were tied together in a A-shape to form the main structure of the dinghy and then three pieces of wood were fashioned into a point in the middle where the man sat

Edward Zwitser, spokesman for KNRM said he believed the man was trying to use the current of the North Sea to try and head towards the North Sea, but was more likely to be dragged towards Greenland.

He told Sky News: ‘He was already on the approach route [to Amsterdam] used by large ships. A captain of a large ship would overlook him and sail over him. He could sink or capsize and, moreover, [the boat] cannot be steered. You need a motor or well-functioning sail for that.’

His condition was described as ‘really good’ and it is thought to be  the first time a migrant has tried to sail from the Netherlands to Britain.