Eco-warriors are plotting to bring misery to Easter holidaymakers today.

They plan to ‘shut down’ Heathrow and disrupt traffic for families planning a bank holiday getaway.

Now they have vowed to ‘raise the bar’ by targeting hundreds of thousands of tourists jetting off for the weekend.

More than 1,000 police are being deployed each day but have failed to restore order – leading to claims they are surrendering the streets. The climate change activists, from Left-wing group Extinction Rebellion, expect to be joined by thousands more supporters off work for Easter. As pressure grew on the authorities to act yesterday:

■ Home Secretary Sajid Javid urged police to use the ‘full force of the law’;

■ Officers caught dancing and skateboarding with activists received a dressing down;

■ Only eight protesters have been charged, with hundreds of others released because resources are so squeezed;

■ Company bosses complained the chaos has forced them to lay off staff members. 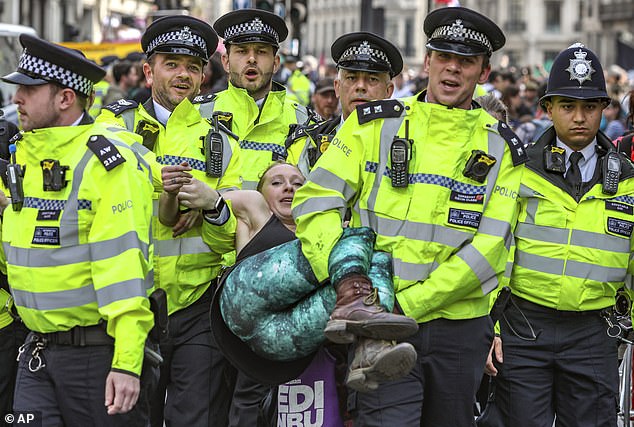 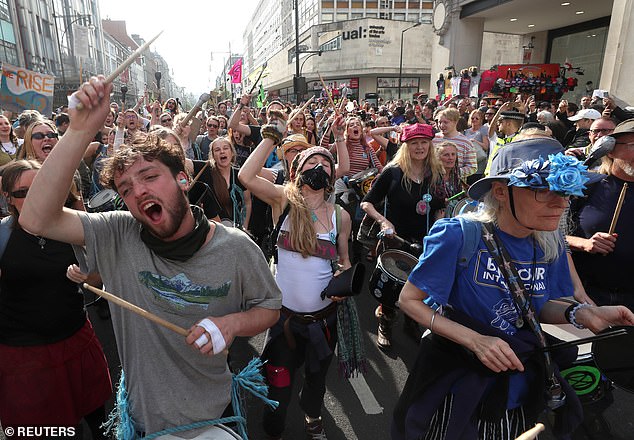 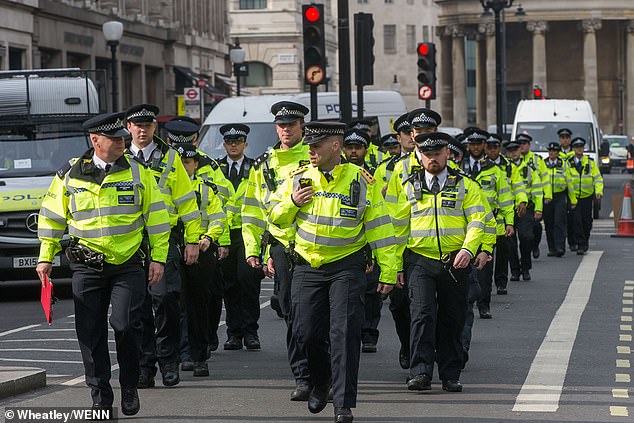 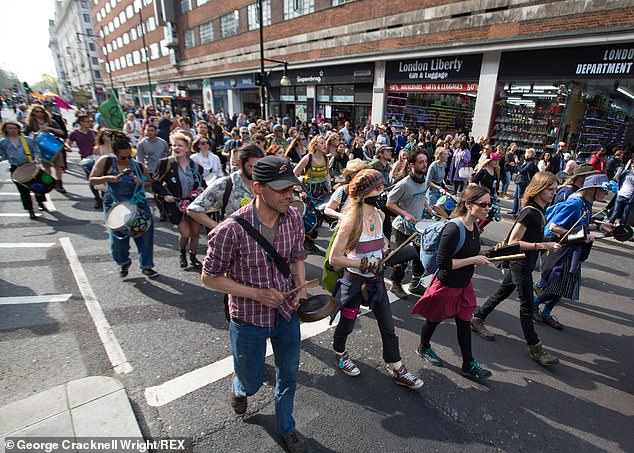 They said: ‘Tomorrow we will raise the bar. We are going to shut down Heathrow. For the bank holiday, we are turning our focus onto the aviation industry. There is a deep remorse for those whose holiday and family plans will be disrupted tomorrow.

‘However, the aviation industry needs to be targeted and we are all aware of the deep, structural change that needs to come. We are all going to face pushback on this. Keep on going everybody. Keep rebelling.’

What do we know about the planned climate change protest at Heathrow?

The Extinction Rebellion (XR) environmental protesters have identified Heathrow Airport as their next target, having spent four days camped out in central London.

Here, the Press Association looks at how the protest might work.

No explanation has been given – except for a peculiar press release which consisted almost entirely of quotes from Sir David Attenborough on climate change.

But it is an obvious target. The airport is the country’s largest, yet is currently operating at 98% capacity, it said. Plans to expand have been met with concern from environmentalists.

What form will the protest take?

Details are typically vague at the moment – an element of surprise is often crucial for a well-executed stunt.

So far, the XR protesters have favoured obstruction of roads, sit-ins, and supergluing themselves to other things.

What sort of penalties could a protester expect?

Those accused of obstructing trains in Canary Wharf this week were told they could face up to two years in prison.

At airports, the penalty can be much more severe.

Pilots who flout restrictions banning all drones from flying within one kilometre of airport boundaries face an unlimited fine, up to five years in prison, or both.

The Aviation and Maritime Security Act 1990 also states it is illegal for someone to disrupt the services of an airport that could endanger the safe operation or safety of passengers and staff.

The punishment? Potentially life in prison.

That must be a deterrent?

Recent cases have looked slightly more favourably than that on protesters at airports.

The so-called Stansted 15, who cut through the airport’s perimeter fence and locked themselves together around a Boeing 767 jet containing people being deported to Africa in 2017, avoided a jail term when they were convicted at trial.

Each defendant denied the single charge against them but all were found guilty following an earlier two-month trial at Chelmsford Crown Court, with prosecutor Tony Badenoch QC telling jurors the activists put the ‘safety of the airport in a likelihood of danger’.

Once again, XR will be looking for ‘arrestables’ – those who are willing to be detained by police in the course of publicising their message.

What is Heathrow Airport doing to pre-empt the protest?

Unlike many previous airport protests, Heathrow has at least been notified in advance.

A spokesman confirmed they were ‘working with the authorities to address any threat of protests which could disrupt the airport’.

They added that passengers should contact their airlines for up-to-date information ahead of their flights.

What about the other protests in London?

There is nothing to suggest the sit-ins at Marble Arch, Oxford Street, Waterloo Bridge and Westminster will be pared back – in fact organisers have claimed ‘thousands’ more are ready to flock to London over the weekend.

It may be that a splinter group heads to Heathrow, leaving the remainder to protest in central London as originally planned.

So will the Heathrow protest definitely go ahead?

Protesters were told to get a specific train out of London and congregate on a petrol station forecourt near the airport.

The good weather – with sunshine and highs of 25C – is expected to draw yet more crowds to the streets.

Yesterday, ‘swarming’ protests took place at Vauxhall Bridge when protesters stopped traffic intermittently for up to ten minutes. This can be more disruptive to traffic than permanent diversion.

Mr Boardman-Pattison flounced out of a Sky News interview on Wednesday after it was suggested he and his fellow demonstrators were patronising and self-indulgent.

He has previously said his group would like to see planes ‘only used in emergencies’.

His social media pages feature a series of photos of him enjoying skiing holidays abroad and visiting the Leaning Tower of Pisa in Italy.

He said: ‘Protesters can expect a robust police response. We are determined to keep the airport operating.’ 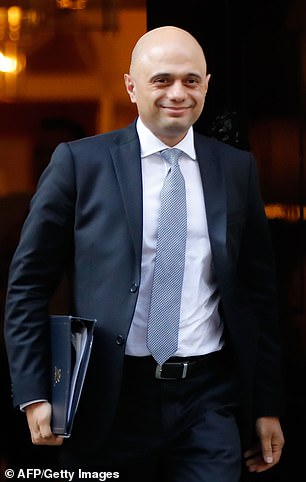 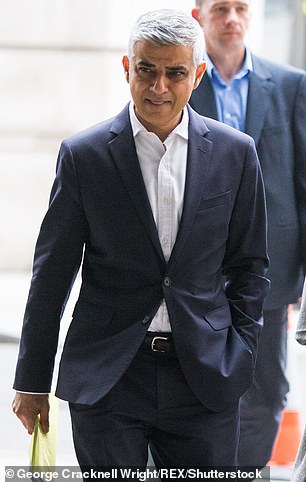 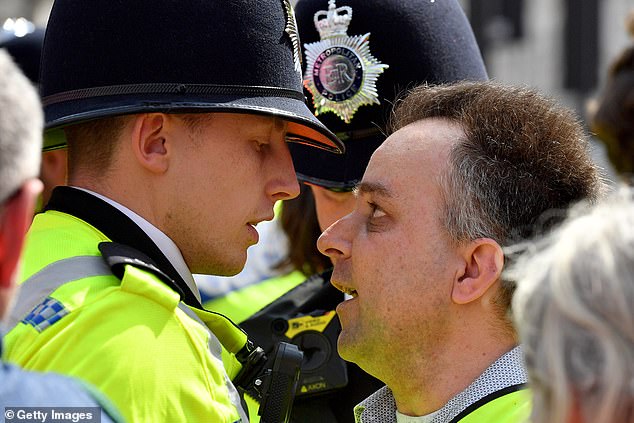 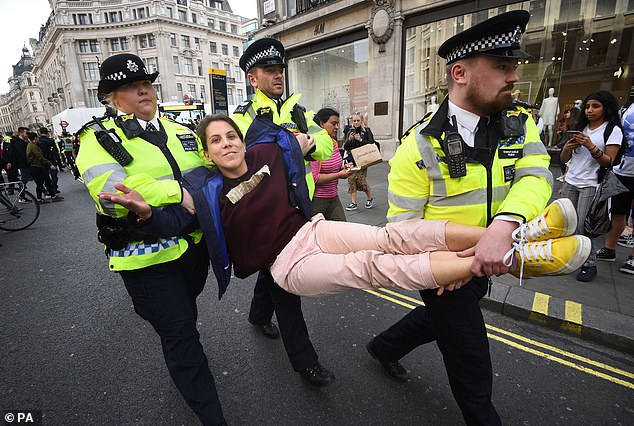 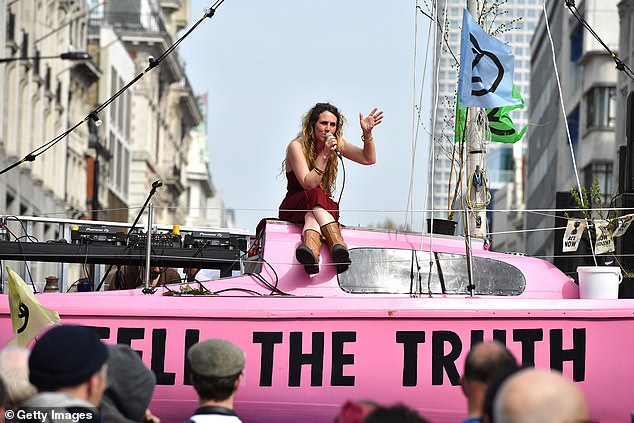 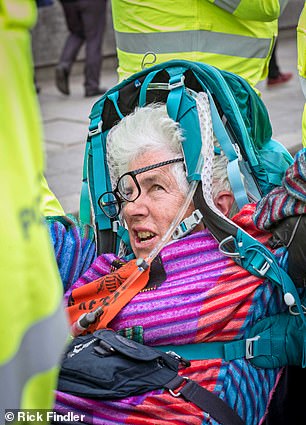 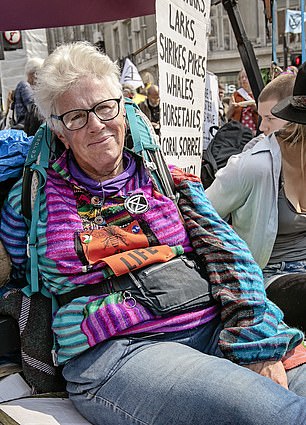 Angie Zelter, above, was arrested on Tuesday but protesting again on Wednesday

Passengers whose flights are cancelled or delayed as a result of environmental protests at Heathrow Airport have been warned they are unlikely to be able to get compensation.

Campaign group Extinction Rebellion has said it will target Heathrow on Friday as part of its mass protests around London.

Although passengers may be due refunds or replacement flights, they are unlikely to receive cash payouts from airlines as the protests are likely to be considered ‘extraordinary circumstances,’ a lawyer has said.

Under the Montreal Convention, an international aviation treaty, flight operators are not required to issue compensation to passengers in extraordinary circumstances, which apply if the delay or cancellation is outside of the control and responsibility of the airline.

Coby Benson, a lawyer in flight compensation at solicitors Bott & Co, said it was likely any disruption on Friday would be extraordinary and passengers would not be due compensation.

‘Based on the case law that exists at this point in time, I strongly suspect that any judge would say that this is an extraordinary circumstance,’ he said.

‘It’s a given that it’s outside the control of the airline, I don’t think anyone would argue otherwise.

The Civil Aviation Authority, the UK’s aviation regulator, said it was not yet possible to determine whether delays on Saturday would be classified as extraordinary.

While passengers may not be able to claim cash compensation, they may be due refunds or replacement flights to get them to their destination.

Under European legislation, airlines are required to refund or reroute any passengers who have their flights cancelled, even if the cause is extraordinary.

Passengers may choose between replacement flights and receiving a refund.

If the flight is delayed but not cancelled, passengers may also be entitled to ‘care’ from the airline while they wait for it to take off.

Depending on the distance of the flight and the length of the delay, airlines could be obliged to provide food, accommodation, phone calls and transport.

It is unknown if, when, or where the Extinction Rebellion action will begin.

The Metropolitan Police added in a statement: ‘The airport is part of our national infrastructure and we will not allow the illegal activities of protesters to cause further disruption and misery to thousands of travellers, many of them families, over Easter.

‘We would urge any protester planning to attend Heathrow to strongly reconsider.’

Heathrow Airport urged passengers to check with airlines for potential delays and said it was ‘working with the authorities’ to address the threat of protests.

Mr Khan, who has this week been accused of offering tacit support to the protesters, condemned the plans to disrupt the airport.

He said: ‘I support the democratic right to peaceful protest and agree that governments need to do more to tackle climate change, but these protests are now putting Londoners’ safety at risk.

‘This is extremely dangerous, illegal and is putting an unacceptable toll on our police force and our city.’

Extinction Rebellion has said its ‘non-violent’ protests will escalate if its demands are not met. It wants the Government to introduce a legally-binding policy to reduce carbon emissions to net zero by 2025.

The activists have vowed to keep blocking key thoroughfares in London there until their demands are met. As of last night, there had been more than 500 arrests.

Since Monday, Waterloo Bridge has been totally closed to traffic in both directions, with protesters planting trees, setting up vegan food stalls and erecting a skate park.

In Oxford Circus, London’s main shopping district, protesters have taken over the streets, parking a bright pink boat on the main intersection. Police believe it has been bolted to the tarmac.

Meanwhile, both Parliament Square and Marble Arch have also been completely shut down by non-stop demonstrations. The latter has seen a yurt and compostable toilet erected on the road.

Police have been drafted in from neighbouring forces to help tackle the threat and keep the airport open.

Yesterday, it emerged only eight of those arrested this week have been charged with an offence. All the others have been released under investigation because resources are so squeezed. Three of the eco-warriors found themselves behind bars yesterday after gluing themselves to a Docklands Light Railway train at Canary Wharf station on Wednesday as part of the protests.

Cambridge-educated Cathy Eastburn, 51, Buddhist teacher Mark Ovland, 35, and Luke Watson, 29, all indicated not guilty pleas to obstructing trains or carriages on the railway but were denied bail when they appeared before Highbury Corner Magistrates’ Court.

He spent two days in custody after being held on Tuesday before being brought to Westminster Magistrates’ Court yesterday. He pleaded not guilty and was granted bail.