A 75-year-old woman has died after being repeatedly stabbed inside her home with shocked neighbours saying that they saw a 55-year-old man standing outside naked and covered in blood shouting: ‘I’ve killed her’.

Police and paramedics were called to the address in Ethnard Road in Peckham just after 4pm on Friday afternoon.

The woman was named locally as retired accountant Maureen Watkins with a neighbour claiming that the man was seen standing naked outside of the house in the aftermath of the stabbing. 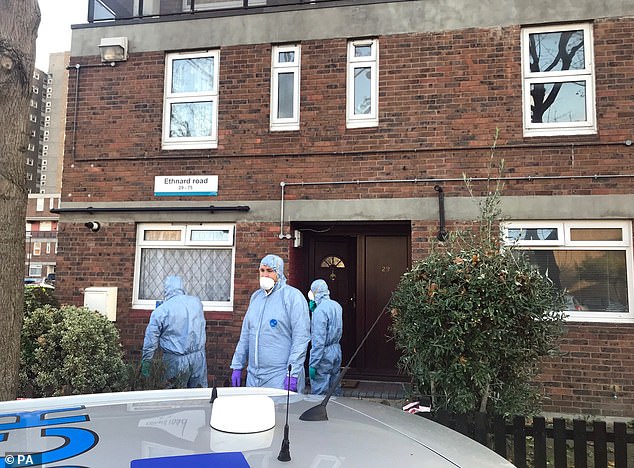 Police have yet to confirm the identities of the woman or man involved but confirmed that he was known to her.

The 55-year-old has been arrested on suspicion of murder.

According to a neighbour, retired accountant Maureen lived at the terraced property she shared with her son, Edward, for around 30 years.

One friend, who asked not to be named, said: ‘I have lived here since 1971 so I knew Maureen. She was a lovely lady, a very nice lady indeed.

‘She has other family who lived down in Kent and Edward lived with her.

‘We both lived here for a long time so we knew each other, although we wouldn’t sort of go into each other’s houses or anything.

‘I didn’t see what happened. But it is very sad.’

Another neighbour, who lived nearby for about 25 years and stopped to lay a bouquet of flowers at the property, said: ‘Maureen was lovely.

‘I’ve been here since I was about four years old and she was here the whole time. I’ve always known her to say hello and that. Her son was quiet. Very quiet. 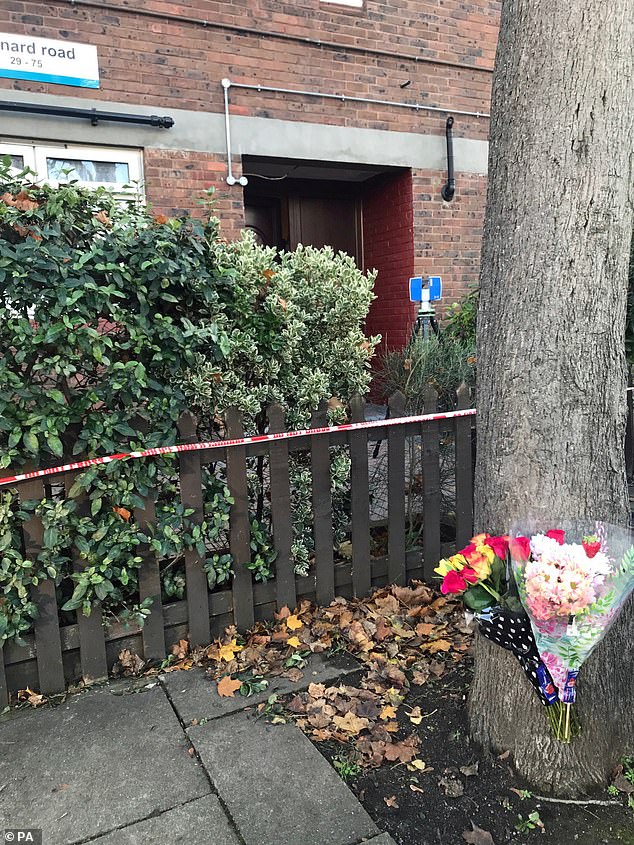 Neighbours left flowers near the house of the woman, who has been named locally as retired accountant Maureen Watkins

A police cordon remains in place at the property, which is on the corner of a row of houses and flats, next to a children’s playpark.

Forensic officers were seen entering the property while three bouquets of flowers were tied to a tree outside.

The woman was pronounced dead half an hour after police were called and the man was arrested on suspicion of murder.

Scotland Yard said the man and women were ‘known to each other’ and murder squad detectives are now investigating. 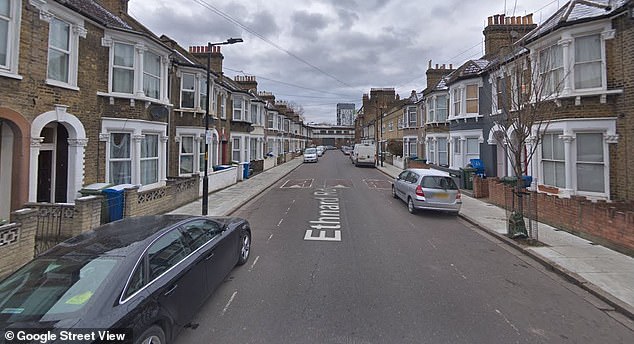 The Metropolitan Police said: ‘Detectives are investigating after a woman was fatally stabbed at an address in Southwark.

‘Police were called to an address in Ethnard Road, Southwark, on Friday, 16 November at 4.04pm.

‘A woman, aged in her 70s, was found with multiple stab wounds. Despite the efforts of paramedics, she was pronounced dead at 4.37pm.

‘A post mortem will take place in due course.

‘Officers are in the process of contacting next of kin.

‘Detectives in the Homicide and Major Crime Command have been informed.

‘A 55-year-old man was arrested at the scene on suspicion of murder. He has been taken to an east London hospital to be treated for a stab wound.

‘The man and the woman were known to each other. Enquiries continue.’