This is the embarrassing moment an electrical engineer walks into a lamppost after parking and putting a cover over his bike.

Go-pro footage shows biker Nathan Ingram, 29, fall to the floor after hitting the pole outside his home in Putney, south-west London.

Nathan, who was still wearing a helmet, said that he was not injured but that he could feel the fall the next morning. 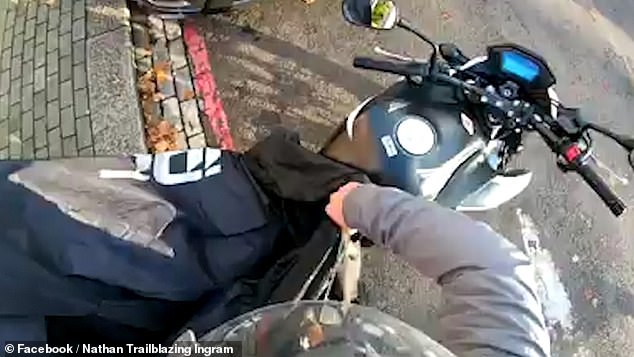 Nathan Ingram, 29, fell to the floor outside his home in Putney, London, after walking into a lamppost as he tried to put a black cover onto his motorbike

The awkward video shows Nathan covering up his motorbike with a black sheet.

Wearing a helmet, he then turns to pull it down on the other side and walks straight into the lamppost.

A loud clanging sound is heard as the motorcyclist falls to the floor.

Nathan, who is from South Africa, told MailOnline: ‘No I never hurt myself luckily I was still wearing my helmet but the next morning I could feel I took a fall.’

He also said: ‘I parked my bike, I was locking it up (and) put [the] cover over, and was still looking at my bike when I started walking away. My go pro camera was still recording. I hadn’t turned it off yet. 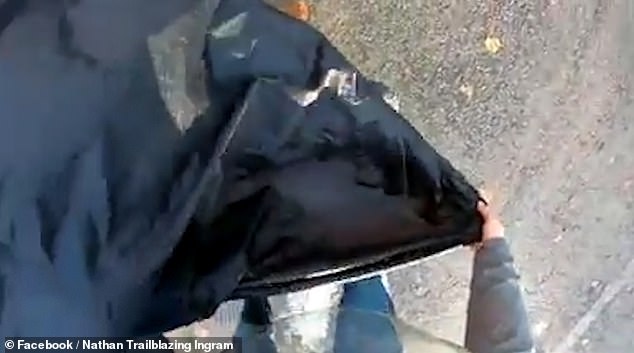 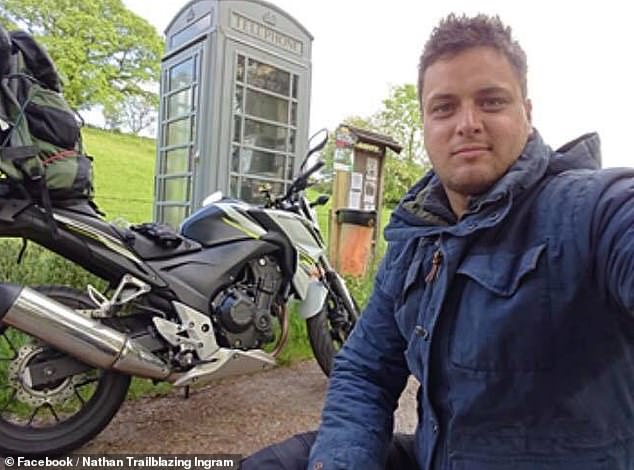 ‘I didn’t know what hit me until I was on the ground looking up at the lamppost. Luckily I was still wearing my motorbike helmet.

‘I posted it to my local motorbike group on Facebook I had no idea it would go viral. It’s got over 27000 shares.’

The video was uploaded to Facebook with the caption ‘I had my first motorbike accident today’.

The fall happened this Sunday outside his home.