Embattled Theresa May is facing a Labour ambush that could force a vote to kill off her Brexit deal within weeks.

An amendment being pushed in Parliament on Thursday would oblige the PM to bring her package back before MPs by February 26 – even if she has not managed to get any more concessions from the EU.

The move is in response to fears that Mrs May is engaged in a ‘cynical’ attempt to run down the clock and leave politicians with a stark choice between her deal of crashing out on March 29.

The new deadline is one of a range of amendments expected to be tabled for the latest round of high-stakes votes on Valentine’s Day.

Meanwhile, Remainer MPs are trying another tactic to secure a second referendum – suggesting they could back Mrs May’s plan in the Commons if she agrees to put it to the country afterwards. 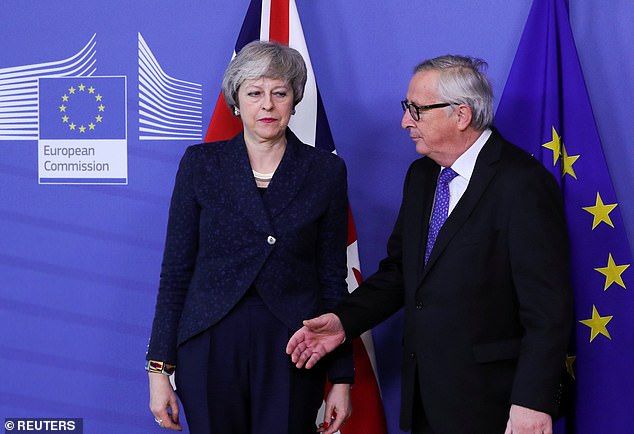 Theresa May (pictured with Jean-Claude Juncker in Brussels last week) has promised another ‘meaningful vote’ in the coming weeks, but Labour is determined to reduce her wriggle room 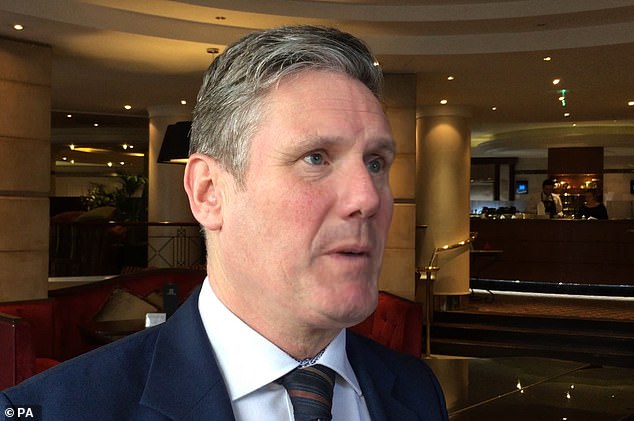 The PM has promised another ‘meaningful vote’ in the coming weeks, but Labour is determined to reduce her wriggle room.

Shadow Brexit Secretary Sir Keir Starmer told the Sunday Times: ‘We have got to put a hard stop into this running down the clock.

‘And that’s what we want to do this week.’

Sir Keir accused the PM of ‘pretending to make progress’ when what she actually wanted to do was return to Parliament after an EU summit on March 21 and 22 and offer MPs a ‘binary choice’ – her deal or no deal.

On that timeline a vote would potentially only take place in the Commons on Tuesday March 26 – just 72 hours before the UK is due to leave.

‘We can’t allow that to happen,’ Sir Keir said. ‘There needs to be a day when Parliament says that’s it, enough is enough.’

In the interview Sir Keir described Mrs May’s approach as ‘reckless’ and ‘blinkered’ and blamed her ‘tunnel vision’ for the devastating defeat suffered last month when MPs threw out her Brexit deal by a record 230 votes.

‘It’s this blinkered approach that’s got us to where we are, with her never wanting to see where the real majority is in Parliament,’ Sir Keir said.

However, Labour is facing its own deep splits on Brexit, with dozens of MPs furious with the leadership to failing to get behind a second referendum.

Jeremy Corbyn wrote to the Prime Minister last week setting out his demands for a deal he could support – but without mentioning the potential for another public vote.

Instead he appeared to be trying to outflank Mrs May by pitching to join forces with Tories who want a softer Brexit.

In a speech in Coventry, Mr Corbyn said Labour’s plan ‘could win the support of Parliament and bring the country together’ but Mrs May has so far ‘chosen the path of division’.

‘If she is unable to adopt a sensible deal because it would split the Tories, then the answer is quite simple: there must be a general election,’ Mr Corbyn said. 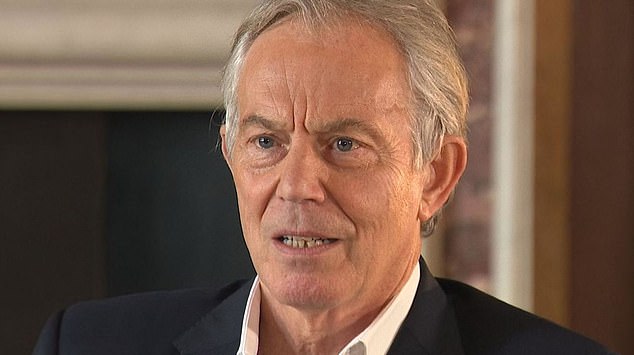 Mrs May survived a confidence motion in her government tabled by Mr Corbyn, which could have led to an election, after her Brexit deal was overwhelmingly rejected by MPs last month.

Mr Corbyn said that without an election ‘we will keep all options on the table – as agreed in our conference motion – including the option of a public vote’.

In his letter to Mrs May, the Labour leader set out five demands, including a permanent customs union and close alignment with the single market.

The move led to a backlash from pro-EU Labour MPs, but Sir Keir defended the approach and warned against a split in the party.

‘When you go through something like Brexit, it is very important that you keep the opposition strong and united,’ he said.

‘We have to keep it together, because in the end, any chance of effective opposition goes if an opposition party starts to lose members from their team.’