England have named a fully-loaded team for the World Cup final after Kyle Sinckler and Jonny May were declared fit to face South Africa.

With a shot at making history, Eddie Jones has made no changes to the starting XV that overpowered the All Blacks in the semi-final.

Sinckler injured his hamstring last Saturday and May suffered a dead leg, but both have recovered for England’s first final since 2007. 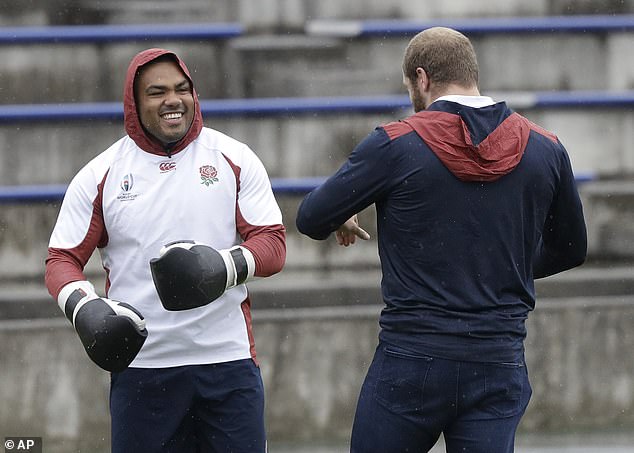 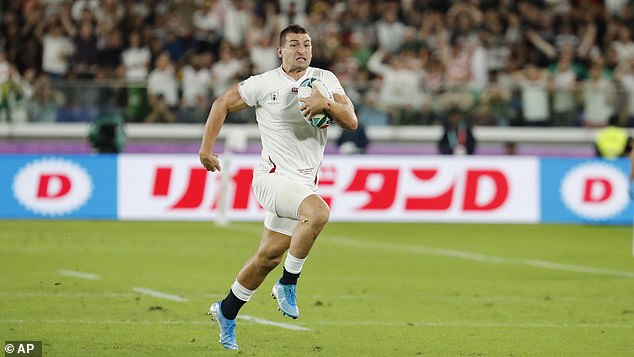 Eddie Jones warned the Springboks that his squad have spent the week ‘sharpening the sword’ as they prepare to run out in Yokohama.

It is the first time Jones has named an unchanged XV since March 2016, with the only change being Ben Spencer’s introduction to the bench in place of scrum-half Willi Heinz.

‘It has been a good week,’ said Jones. ‘The players have been together a while now so it’s less about the volume of training this week, it’s more about sharpening the sword.’

In his 50th match in charge of England, Jones has kept his faith in the powerful pack that dominated New Zealand at the set-piece.

Sinckler is partnered by Jamie George and Mako Vunipola in the front-row, while Courtney Lawes again partners Maro Itoje at lock. 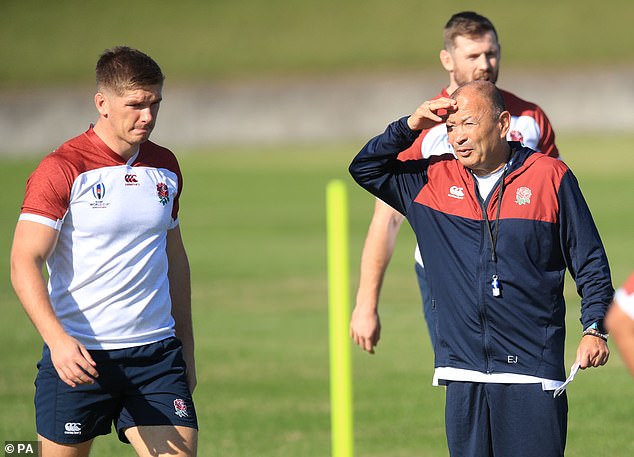 Lawes is one of the strongest tacklers in the squad and his physicality will be key against a heavy Bok pack with six forwards on the bench.

The Kamikaze Kids, Sam Underhill and Tom Curry, will be just as important to felling the Bok runners having been two of the World Cup’s shining lights. No 8 Billy Vunipola completes the pack.

‘South Africa are a difficult opponent and we are going to have to fight really hard to win,’ said Jones. ‘We know the physical part of the game is going to be important and the players will go into this game well prepared knowing how we want to play. We will go and play with no fear.

‘South Africa will probably play a similar type of game they have played all tournament so we need be good in the arm wrestle and when we have the opportunities to break the game up, we are then confident and composed enough to take them.’ 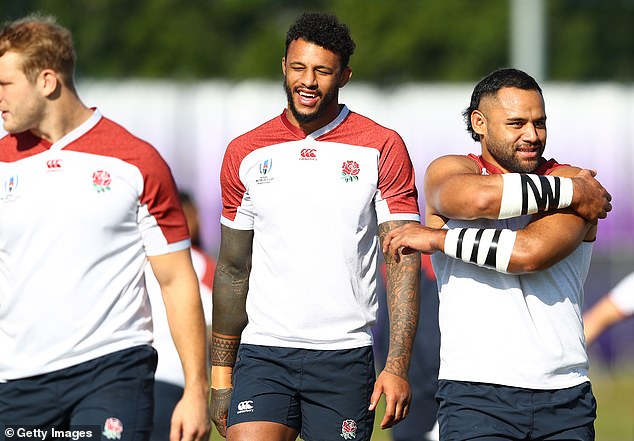 Unlike South Africa, who lost to New Zealand in their opening match, England are unbeaten in Japan.

They beat Tonga, USA and Argentina in the pool stages, before thrashing Australia in the quarter-final.

George Ford and Owen Farrell have shared the No 10 jersey throughout, but Ford has been given the nod at fly-half for the final, with Farrell at No 12.

Backed up by Spencer, Ben Youngs continues at scrum-half, with his Leicester team-mate Manu Tuilagi starting at outside centre.

England’s joint top try-scorer May starts on the wing, with Elliot Daly and Anthony Watson completing the back-three.

This is the fourth time England have reached the Rugby World Cup final. They have beaten South Africa in their last two Test matches.

The starting XV has a total of 731 caps, with 94 of those coming from Youngs.

Eight high school students stabbed with a syringe in Sydney's west after a prank gone wrong
‘I hurt, I hurt’: What three-year-old boy screamed after 'acid attack by father'
Icy blast takes its toll on bird numbers
Has the 'Sheikh who bought London' forked out £700million for the Ritz?
Paradise Jamaican villa on James Bond author Ian Fleming's GoldenEye estate on sale for £3.6million
Pedestrian struck by truck in Henderson dies in hospital
Do YOU enjoy the misfortune of others? Then you may be a PSYCHOPATH!
700 undocumented migrants occupy Paris's Pantheon memorial complex, forcing tourists to be evacuated