A runaway bird brought traffic to a standstill on a busy main road this afternoon.

The fearless fowl was spotted wandering between cars on the A12, near Colchester United’s stadium, at around 5.30pm.

Believed to be an ostrich, it was later driven back home by two officers from Essex Police. 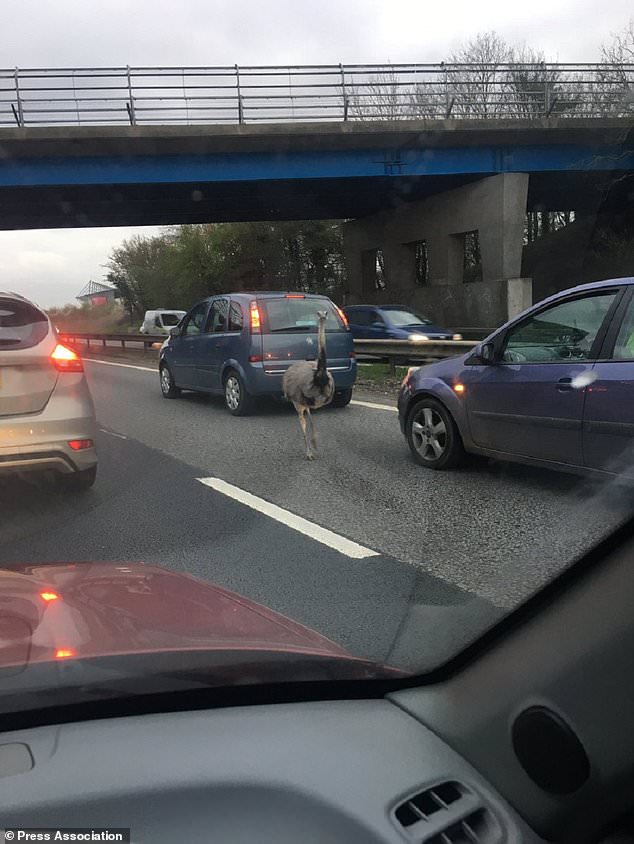 Student Grace Hoffman, who captured the bizarre spectacle on video, said: ‘There was suddenly standstill traffic and I pulled to a stop.

‘When I looked forward…an ostrich was just walking down the side of the road.

‘A couple people got out and helped but I think it was contained safely.’

Essex Police confirmed they had attended the incident alongside Highways England staff between junctions 27 and 28, adding that officers located the bird at around 7pm.

PC James Ireland tweeted after the bird was returned: ‘You may have seen earlier that this cheeky chap went for a wander up the A12. 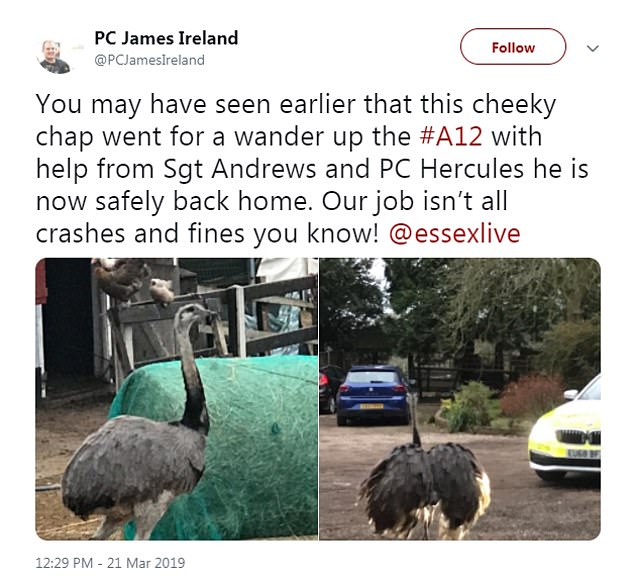 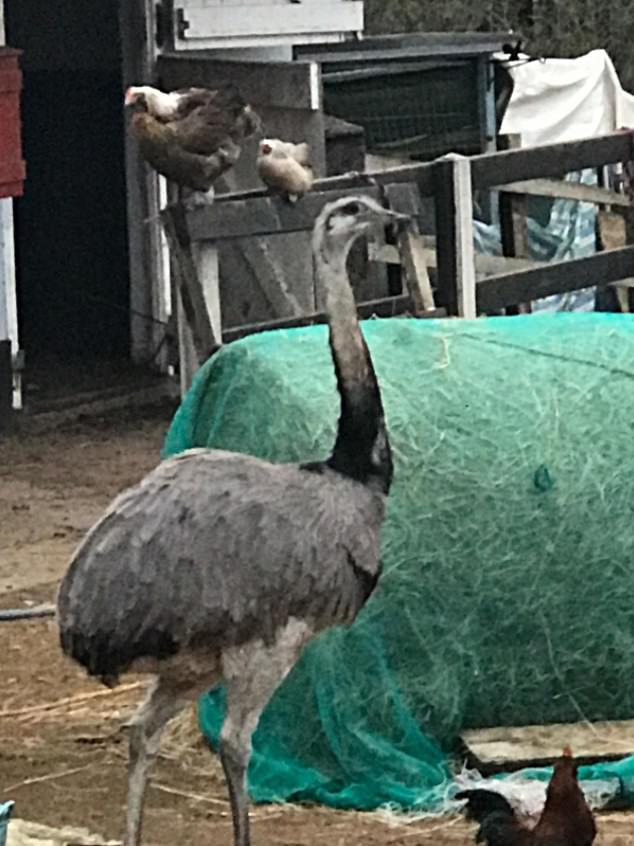 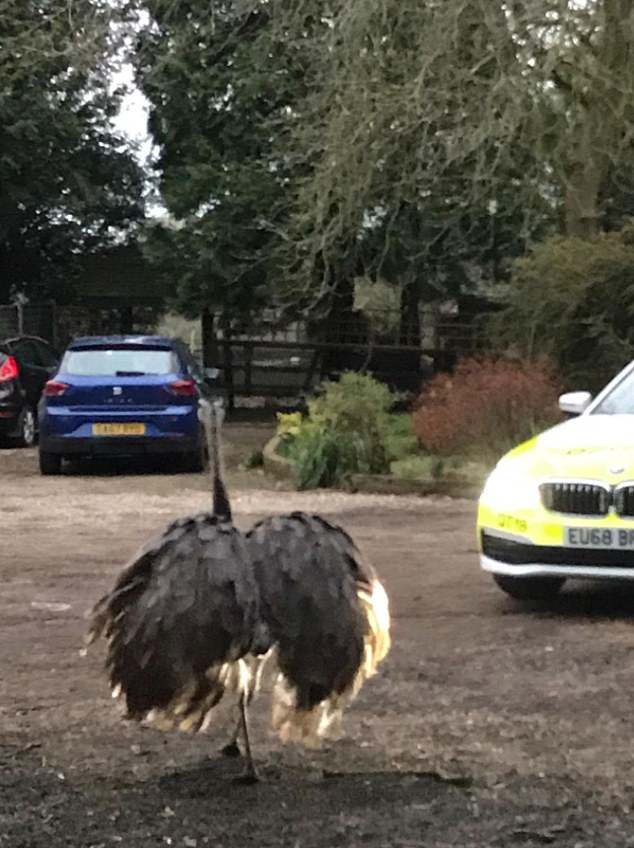 ‘With help from Sgt Andrews and PC Hercules he is now safely back home. Our job isn’t all crashes and fines you know!’

It is not known where the bird came from or how it got on to the road.

Whitehouse Farm, which is a mile from the stadium, keeps emu’s among other animals.

Last year a similar looking bird held up traffic on the nearby A133 in Elmstead.

Though initially reported as an ostrich, it turned out to be a rhea named Colin. 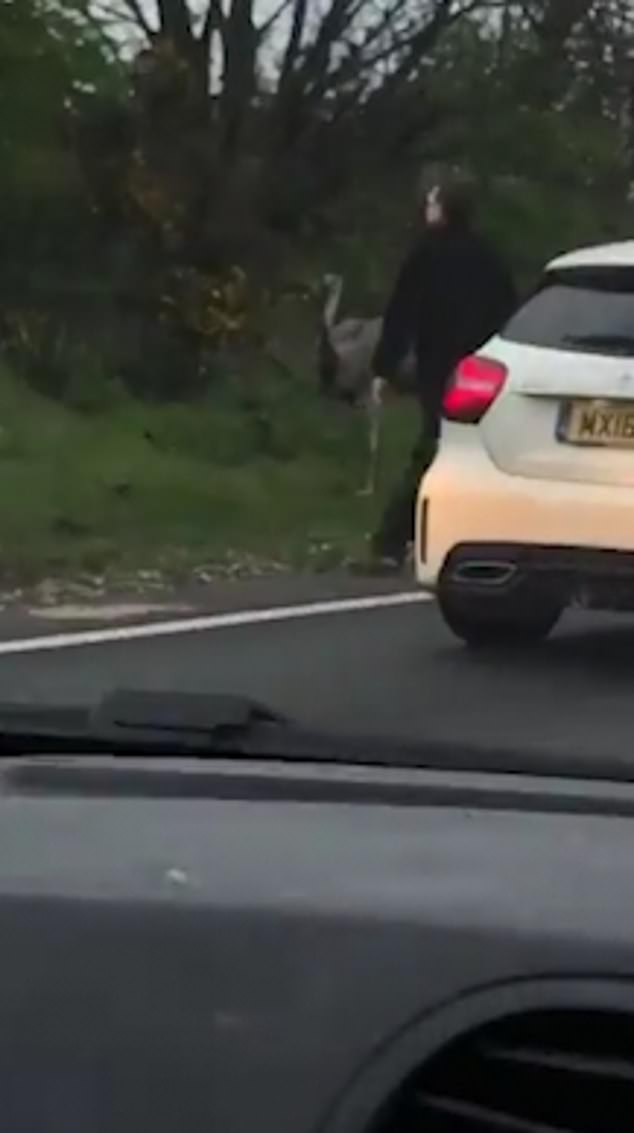 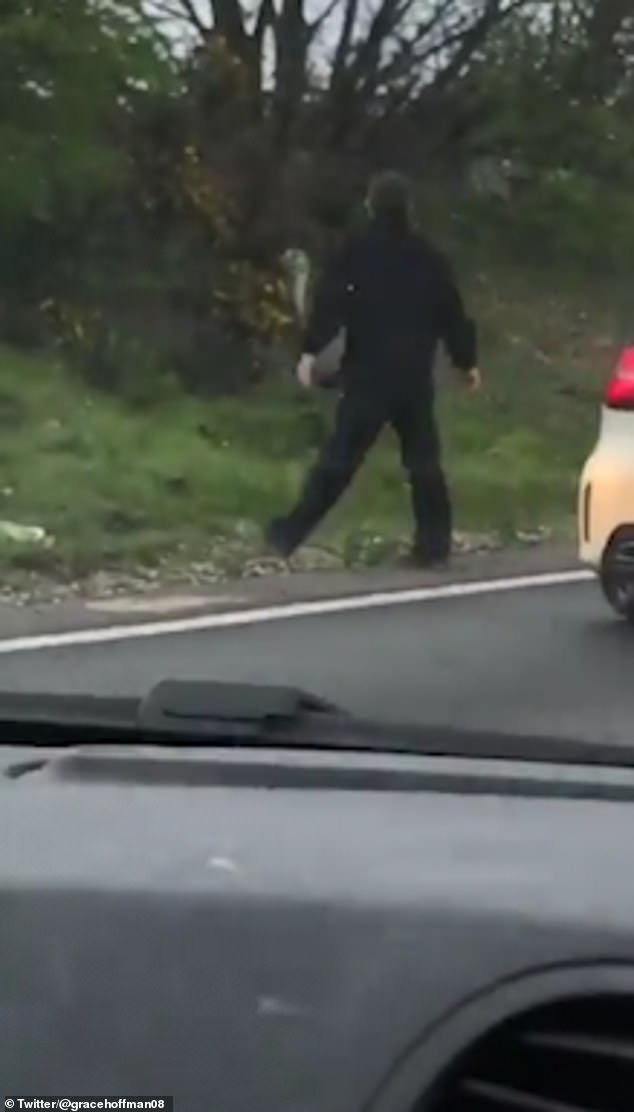 Whitehouse Farm, which is a mile from the stadium where the bird was spotted, has emu’s in its collection of animals