BBC pundits Cesc Fabregas, Alex Scott and Micah Richards were left in shock after Denmark vs Finland was resumed less than two hours after Danish midfielder Christian Eriksen collapsed on the pitch forcing the game to be suspended.

The Euro 2020 Group B match was halted at around 6pm after worrying scenes saw the 29-year-old stumble to the floor midway through the first half before he was given CPR on the field and rushed to hospital.

Eriksen was reported to be in a ‘stable condition’ in hospital and UEFA made a shock announcement just hours later that it would resume ‘following the request made by players of both teams’. 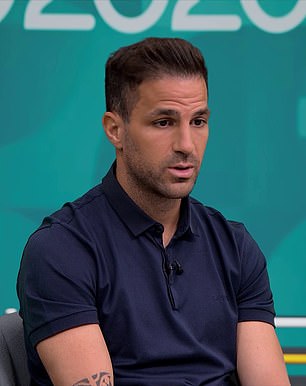 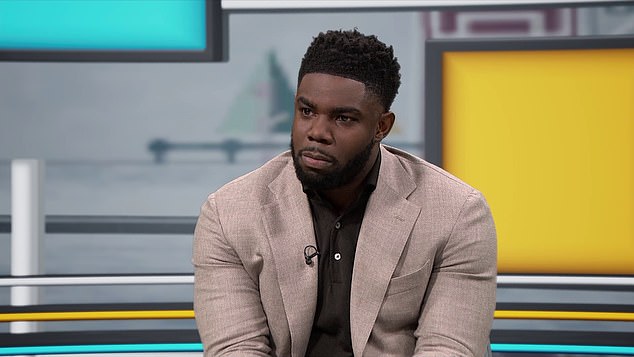 When asked if he was surprised they played on this evening, Fabregas replied: ‘Yes am. Because today is not a day to play the Euros game. It’s just a moment to realise how grateful we are.

‘If it’s their (the players’) decision then spot on. Well done to them they are strong enough mentally to cope with it.

‘It’s hard to understand mentally how they did it. It’s very, very sad but fair play to them and I hope for a good second half.’ 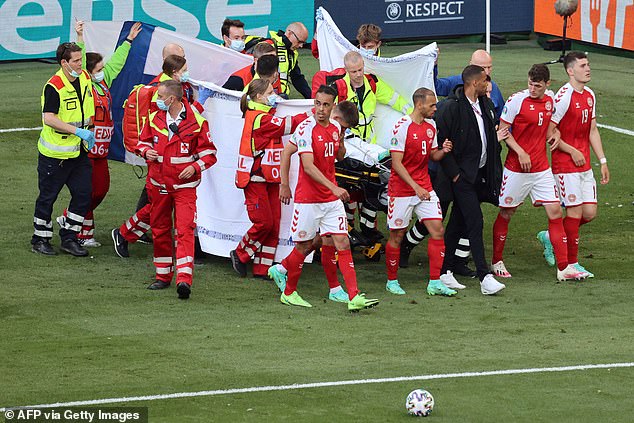 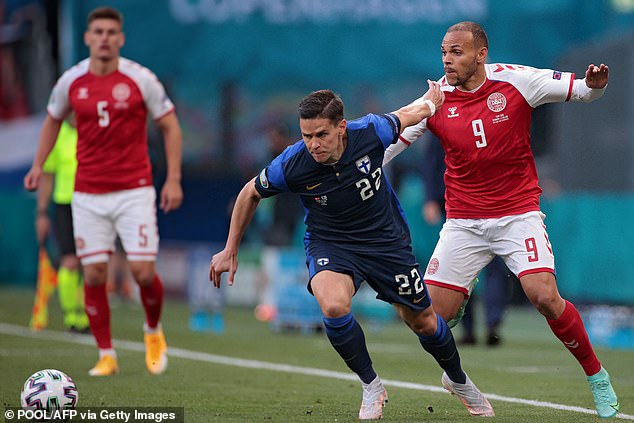 After it was reported Eriksen was in a ‘stable condition’, play was resumed just hours later

It was later reported that Eriksen was conscious following the horrific incident while Peter Moller, technical director of Denmark, told Danish TV that he has spoken to the rest of the squad.

On this news, Scott added: ‘I think that’s all the news that we can concentrate on. A football match has just resumed but that’s the positive thing.

‘We saw those scenes in the first half, but he’s pulling through and we hope he continues to pull through and that why I’m starting to smile again because of your positive news that we’re all getting.

Lineker responded by saying: ‘It’s bizarre but it’s such a good sign isn’t it because there’s no way they would have played on if he was in serious jeopardy now.’

In agreement, Richards said: ‘I agree it’s a good sign and we’ve got to be positive.’ 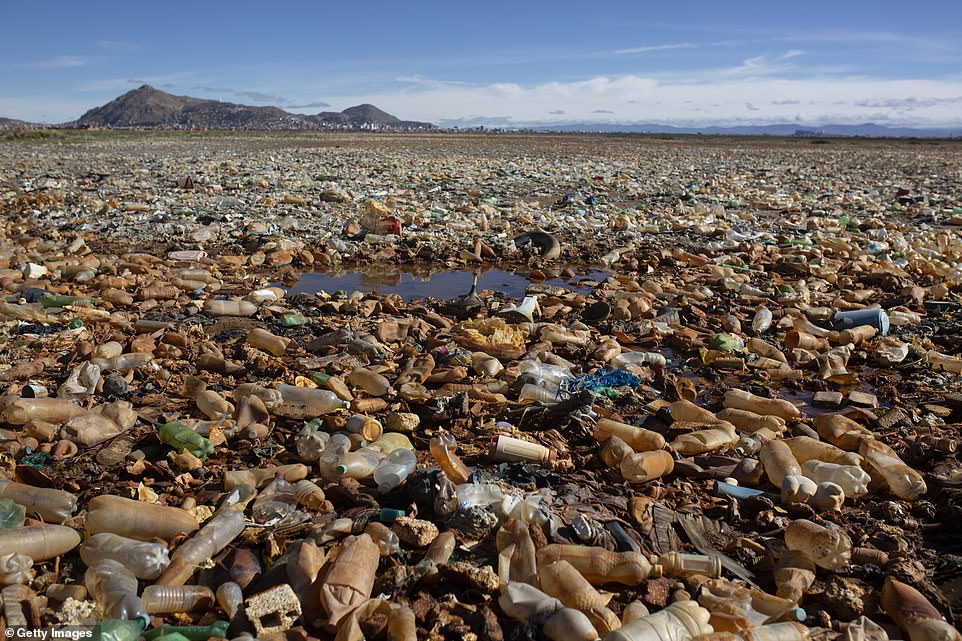 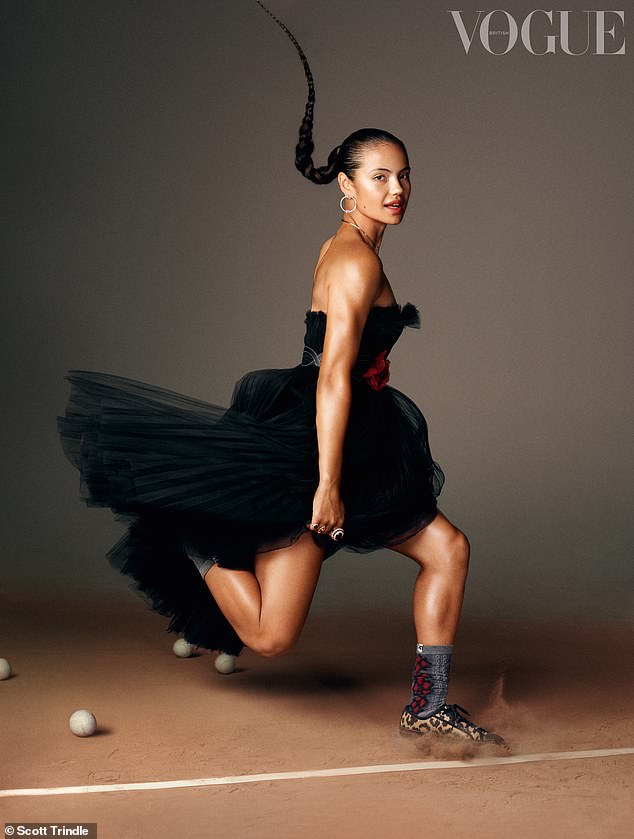 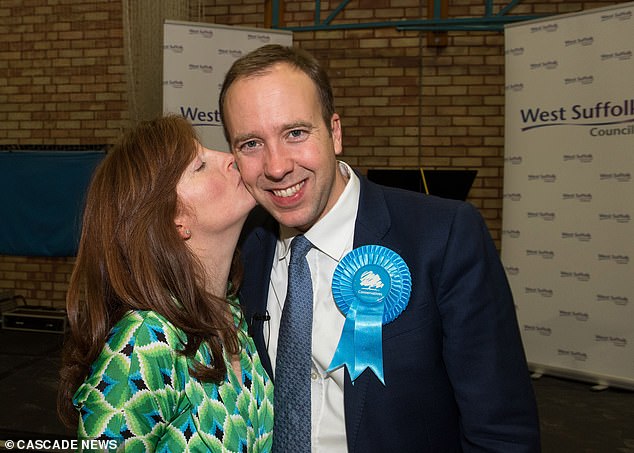 SARAH VINE: The problem with the wife is she knows you’re not Master of the Universe 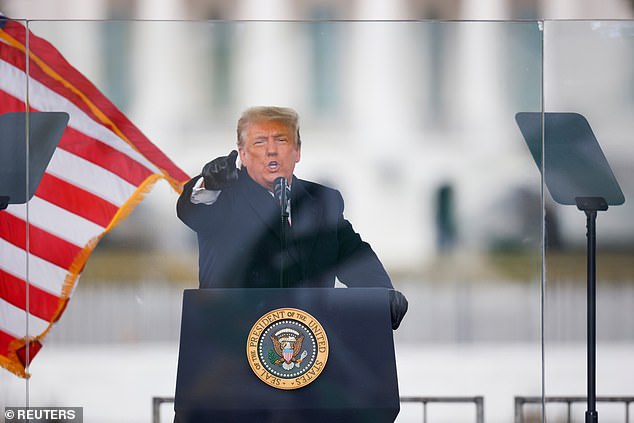 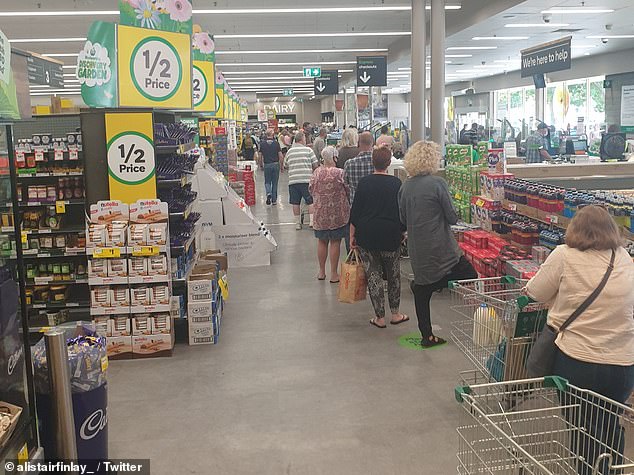