THIS week you will have read about the gritty and almost superhuman determination of three- time Formula One World ­Champion Niki Lauda, who has died aged 70.

But to get a real insight into the workings of his mind, ­for- get about how he was back in his Ferrari just 40 days after a priest read the last rites.

And look at what happened after one of his airliners crashed in 1991.

The Lauda Air flight 004 was on its way from Bangkok to Vienna when the pilots were warned that the thrust reverser on the number one engine might deploy.

They checked the handbook, which said “no action required”. So they did nothing. And then it deployed.

This meant they had forward thrust on one side of the plane and reverse thrust on the other. That’s bad.

The Boeing 767 immediately went into a diving left turn and as it breached the sound barrier, it started to disintegrate.

Less than a minute later, the debris slammed into mountainous jungle in ­Thailand with such force that none of the 223 people on board survived.

The impact was so massive that the ­largest piece of wreckage was only 16ft by 6ft. That’s half the size of the ­biggest piece found in Lockerbie. Even the flight recorders were destroyed.

But after listening to the voice recorders, which had survived, investigators said the thrust reverser — normally used AFTER a plane lands — had deployed in mid-air.

But they said the pilots could have dealt with it.

Not for airline boss Lauda it wasn’t.

So, having attended a funeral for 23 of the victims who had not been ­identified, he got to work.

Boeing documents showed that test pilots in 767 simulators had regained control of the aircraft after the thrust reverser had been deployed.

So, Lauda went to Gatwick to try out the Boeing simulator for himself.

And it seemed the American ­company had a point. But he wouldn’t give up and insisted on using a different simulator.

Boeing were not happy about this, but Lauda’s wife wasn’t happy when he said he’d start racing again even though his head was still bleeding and his lungs were charred walnuts.

She lost the argument and so did Boeing.

In the new simulator, Lauda tried the test 15 times. And 15 times he failed.

And if Niki Lauda couldn’t fly the “plane” with his ­analytical mind and his F1 reactions, what chance did ­anyone else have?

To get his point across, he contacted Boeing and said that if a plane was recoverable after a thrust reverser was deployed, he would be willing to fly on a real 767 with two test pilots so they could show him how.

Seeing they were beaten, Boeing announced that the Lauda Air pilots could have done nothing, as reverse thrust in flight would not be survivable. And from that moment on, all 767s were fitted with mechanical locks to make sure it couldn’t happen again.

Lauda had won. Because when he set his mind to it, Lauda always won.

WHEN I announced a couple of years ago that I had caught pneumonia while on holiday in Majorca, my colleagues on the television suggested that the real problem might have been too much wine. They argued that you can only catch pneumonia in Huddersfield, in November, in about 1952.
Yeah well, you know what killed Niki Lauda in the end? It was a bout of pneumonia he picked up while on holiday in Ibiza, which is a spit from where I caught mine.
Just saying.

Nigel has it licked

Not just any old milkshake – Nigel got to enjoy a banana and salted caramel treat bought for £5.25[/caption]

YOU’VE got to hand it to the man. He didn’t just throw any old milkshake at Nigel Farage.

It was a banana and salted caramel milkshake he’d bought for £5.25.

It’s a bit like the frizzy haired eco-freak who once threw a pudding at me.

It was a delicious trifle she’d made herself.

I very much enjoyed licking it off my face.

With all this in mind, I’m thinking of throwing some lobsters at Jeremy Corbyn.

And maybe a nice fresh cow. 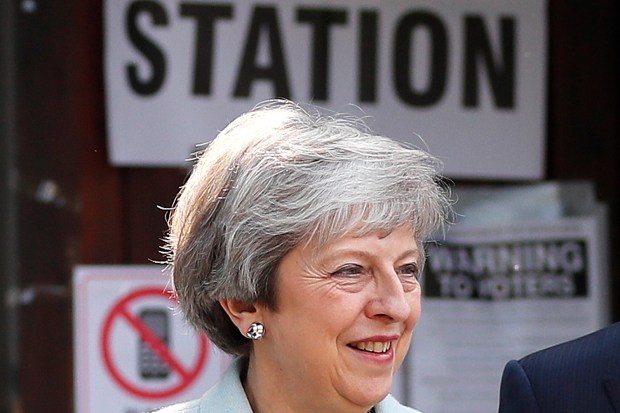 I LOOKED this week at all of the political parties and none caused me to be aroused.

There’s no doubt that because of Brexit, the whole political system is broken.

So maybe it’s time to  do what we do when our computer breaks.

Turn it off then turn it back on again. Think about it. After a general election in Belgium nine years ago, none of the 11  parties had more than 20 per cent of the vote.

It was chaos – and for a whopping 541 days there was no government at all.

It sounds like a recipe for carnage, but in all that time no one died as a result and the economy grew faster than Germany’s.

How did Rebecca  De Mornay get that part  in Risky Business when she isn’t –  and I’ve met her, so  I know – a  prostitute?[/caption]

ACTIVISTS are saying Taron Egerton should not have been allowed to play Elton John in the new  movie Rocketman, because he’s not gay.

So, I wonder if Daniel Craig should not be allowed to play James Bond because he’s not actually a spy.

And what about Rebecca  De Mornay?

How did she get that part  in Risky Business when she isn’t –  and I’ve met her, so  I know – a  prostitute?

LIFE ON HOLD – NOT MARS, BRIAN 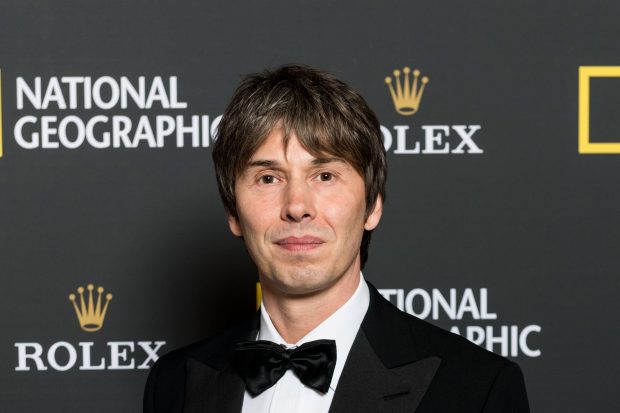 BRIAN COX, who appears on television to talk about science, says one day, when all of the Earth’s resources have been used up, man will have to move to Mars.

Hmmm. Three years ago, my house was blown up – and today there’s no evidence it was ever there.

Nature has simply reclaimed the site.

It’s true that in the future, we may  all have to pause for a moment and  live like animals while the planet reboots.

But then it’ll be fine to go outside once more and fire up the Quattro.

F1 give us a City break

IT’S being suggested that Manchester City will be a problem for football in the coming years as it’s likely they will simply win everything there is to win.

I’m not so sure. This year, Liverpool gave them a damn good run for their money, and Spurs – in the most exciting game I’ve seen – kicked them out of the Champions League.

They were even beaten by Newcastle and Crystal Palace. Because that’s the thing about football. Weird things happen.

Now let’s compare that to Formula One. There have been five races so far this year and in every single one, Mercedes has finished first and second.

Some are saying that in the tight and twisting streets of Monaco this weekend, things will change.

But as I’m not counting on it, I’ll be in the pub.

PM's politics are like Tunnock's teacakes – tempting but insubstantial inside

The United Nations: where dictators are praised and democracies condemned

LAND ROVER… IT'S A LOSS TO ME 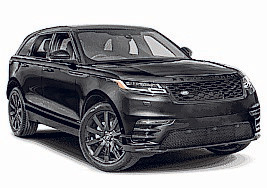 WHEN I walk through London’s Notting Hill to work, every street is lined with brand new Range Rovers.

In the countryside where I go at ­weekends, they fill every pub car park.

And whenever I travel to weird parts of the world, the ONLY ­European cars I ever see are Range Rovers.

China is full of them. So is Vietnam. So is Moscow. Bruce Springsteen has one. Victoria Beckham has one. Daniel Craig has one. I have two.

So how in the name of all that’s holy did the company manage to lose £3.6billion last year?

Piers Morgan misses Good Morning Britain again as ‘gutted’ fans worry if he is sick
Sir Paul McCartney shows off natural grey hair after colouring it brown for years
Conor McGregor ‘clocked at 154kph in 100kph zone’ as he’s ordered before court on Wednesday
Theresa May’s life is about to get even tougher after her confidence vote wasted yet another day bef...
Three people have been charged with manslaughter following the death of man who fell from a third-fl...
Cheltenham Festival 2019: Punters latch on to Bristol De Mai ahead of Gold Cup as rain falls
Kim Kardashian accused of stealing Naomi Campbell’s style as they wear identical outfits
Innocent Brit spent a year in Spanish jail after £5m of drugs found at Airbnb villa he rented