A Polish man who spent years unsuccessfully hunting for a mythical ‘Nazi gold train’ supposedly laden with looted art, has finally had some luck after discovering two dozen priceless renaissance portraits during a renovation.

Piotr Koper had been renovating the walls of an old palace near from Walbrzych in southwest Poland, when he came across the stunning portraits hidden behind plaster.

Mr Koper made headlines around the world in 2015, when he, along with a fellow explorer, claimed to have found the site of the legendary ‘Nazi gold train’ – and a year later were proven wrong. 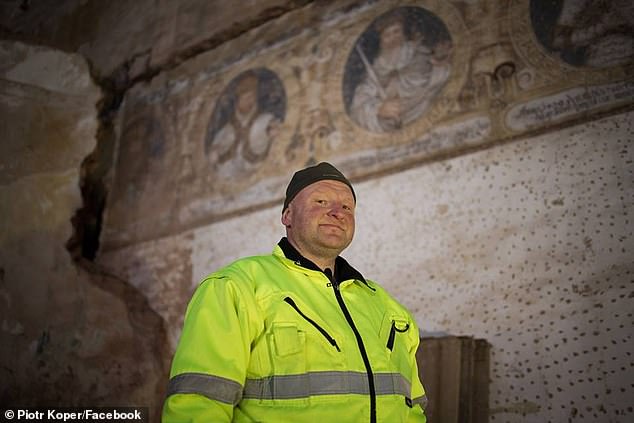 Struck gold: Piotr Koper had been renovating the walls of an old palace near from Walbrzych in southwest Poland, when he came across the stunning portraits hidden behind plaster 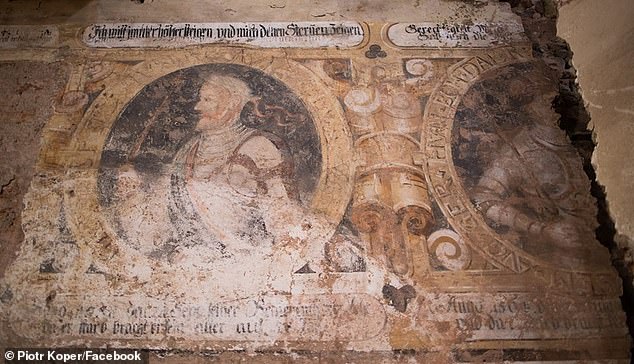 Amazing find: In total, he has found 24 priceless renaissance wall portraits, which are believed to be over 500 years old

The handyman and part-time explorer has finally ‘struck gold’ after uncovering the 24 huge wall paintings this week.

‘When we pulled away the plaster we saw a delicate strip of painting underneath. We pulled away some more and we discovered a whole line of well-preserved paintings,’ he told local news portal thefirstnews.com.

‘We managed to uncover the paintings without damaging them, which is a great success.’

He added: ‘The first well-preserved portrait made on the wall surprised everyone. It was an accidental discovery, we didn’t expect to find such a rarity.’

So far, the discovery in the palace in the village of Struga, in the region of Silesia, has revealed around 24 wall portraits, of which only ten have been completely uncovered and identified. 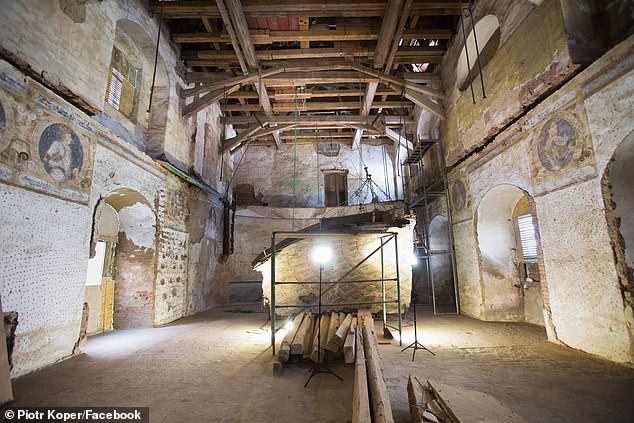 One side of the room has images of medieval rulers from the region of Silesia, and on the other side there are images of four Roman emperors 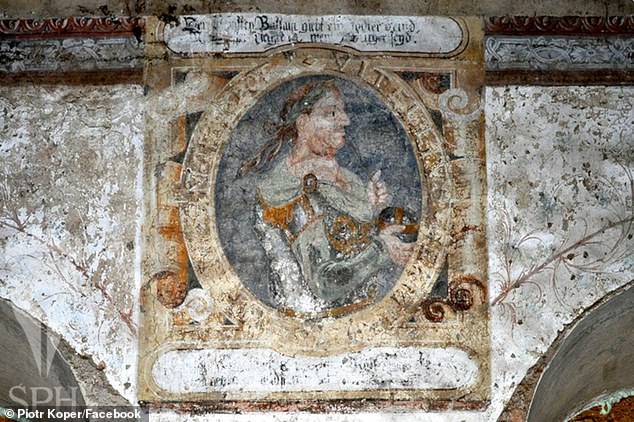 Finally some luck: Mr Koper made headlines around the world in 2015, when he claimed to have found the site of the legendary ‘Nazi gold train’ – and a year later were proven wrong

One side of the room has images of medieval rulers from the region of Silesia,  and on the other side there are images of four Roman emperors.

Krzysztof Wieczorek, the owner of the palace, said: ‘The title Holy Roman Emperor was also used by the medieval rulers of Bohemia and Silesia, hence the presence of the ancient Roman rulers.

‘Each of these huge paintings was made about four metres (13ft) above the ground.

‘The oval shows the ruler and around the painting information about his main titles, such as emperor, king, ruler of Bohemia, Hungary, Croatia and emperor.

‘In the lower part is information about the time of his reign and death, and at the top his official maxim at that time.’

Way back when: The artwork is thought to hail from the 16th century

Because the paintings depict Ferdinand I Habsburg, Holy Emperor from 1558-1564, it is possible to date the artwork to the 16th century. But he stressed that Mr Koper was likely to find more.

He said: ‘The discovery was completely surprising, as we believed that only the ballroom contained remnants of frescoes destroyed by rain when there was no roof over the palace.

‘Our goal was only to save the Baroque dome, which is the only one in the world painted in the Renaissance style. Piotr’s discovery surpasses even this.

‘There are many more things to discover. Underneath the line of portraits there is an area 150 square meters under which there are also paintings. However, we don’t know anything about them.’

THE FRUITLESS SEARCH FOR THE LEGENDARY NAZI GOLD TRAIN

The legendary of the Nazi ‘gold train’ sparked a rush of explorers and fortuneseekers to the area near the southwestern town of Walbrzych in 2015.

According to local folklore, German Nazi leaders hid an entire train laden with gold and valuables in a secret tunnel, as they were fleeing the advancing Soviet army in 1945.

Those who believe the tales say the carriages are laden with 300 tonnes of art and treasure looted by the Nazis across Europe during World War II.

In 2015, Piotr Koper and Andreas Richter, a fellow enthusiast from Germany, claimed to have located a train buried in an embankment near railway tracks connecting Walbrzych with the nearby city of Wroclaw.

The following year, the pair moved in with heavy equipment and dug deep at a site near rail tracks in Walbrzych, but were forced to give up after finding neither tunnel nor train.

The existence of the ‘Nazi gold train’ has never been proven. 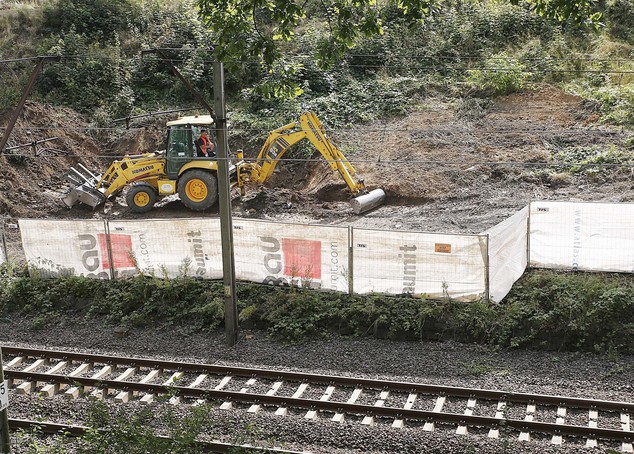 Heavy machinery is seen during the dig for the ‘Nazi gold train’ in in Walbrzych, Poland, 2016