A leader of Extinction Rebellion called on protesters to bring down the government and warned that some people ‘may die’ in the process.

The shocking statement was revealed in a Policy Exchange report, authored by former counter-terror chief Richard Walton, which added that XR is aimed at achieving a breakdown of the state and democracy.

The group allegedly want to bring down capitalism and leader Roger Hallam told an audience: ‘We are not just sending out e-mails and asking for donations. We are going to force the governments to act. And if they don’t, we will bring them down and create a democracy fit for purpose… and yes, some may die in the process’.

Former members of XR also claim that the group intended to target Heathrow airport with a drone. 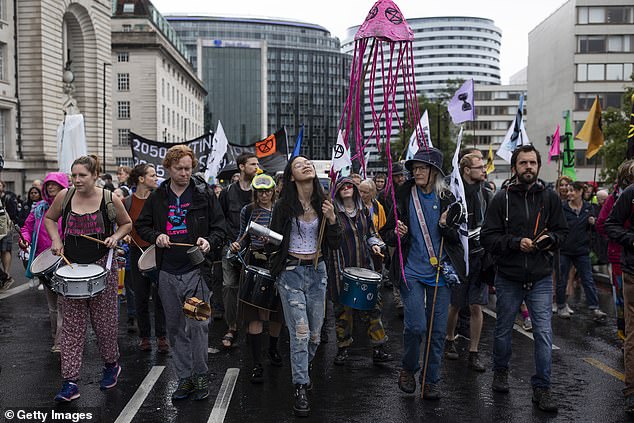 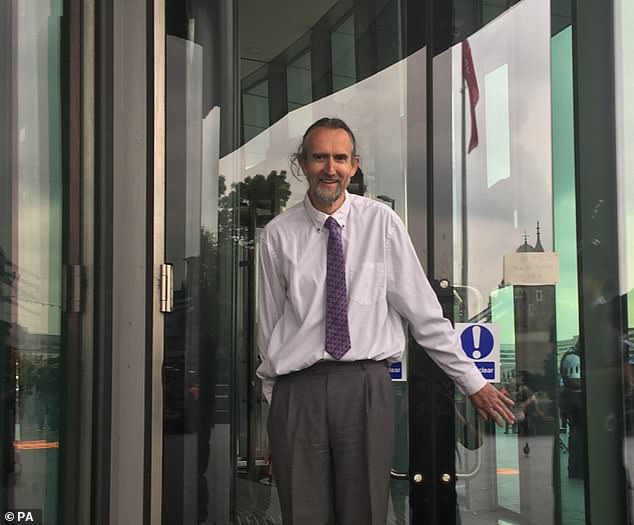 Roger Hallam, pictured gluing himself to London City Hall in May, is a leader of Extinction Rebellion and said people ‘may die’ during the group’s efforts

Others claim that infighting is rife within the group and that some are ‘being bullied’ by vegan members.

Robin Whitlock, 53, a journalist who left XR in March, said he is worried about an ‘increasingly Marxist tinge’ to XR.

In response to the accusations, Hallam and Gail Bradbrook, both leaders of the group, wrote in the Telegraph: ‘We oppose a system that generates huge wealth through astonishing innovation but is fatally unable to distribute fairly and provide universal access to its spoils.

‘We need a ‘revolution’ in consciousness to overturn the system we live in, to strengthen our democracy, to find courage and give hope to our children.’

Simon McKibbin, a lecturer at Cambridge University, has been a member since November and told the Telegraph that he was ‘horrified and upset’ by reports of XR using drones to shut down Heathrow.

While Farhana Yamin, an environmental lawyer reportedly said ‘we shouldn’t p*** about with drones’.

According to both current and former members, some people are using the organisation as a vehicle to push their own views. 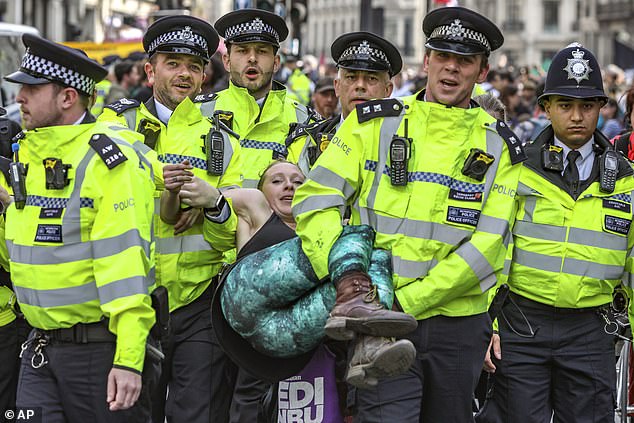 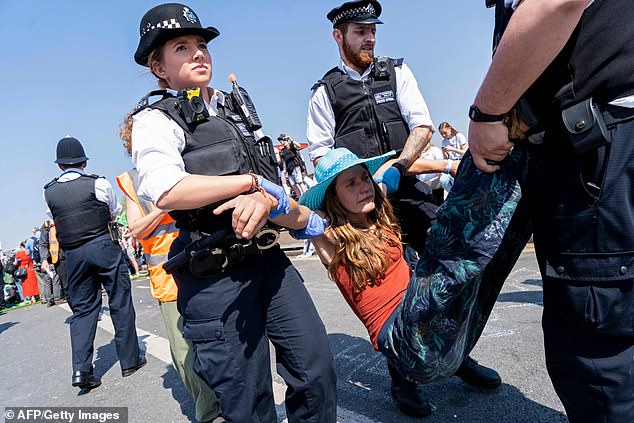 This has led to bullying on social media and heated arguments between more centrist members and those who are more extremist.

One member said: ‘I have fought for the environment for more than 40 years. Been vegetarian for most of my life. Now in the most important movement of all, some of us are being bullied by vegans. I have supported XR daily myself in small ways but this group doesn’t give a toss. I’m leaving.’ 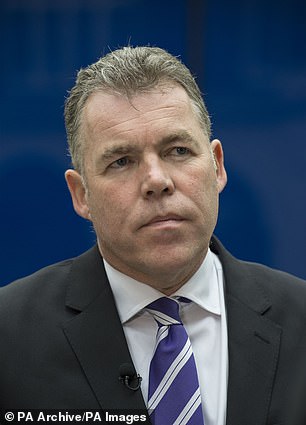 While a former supporter warned that the protesters may be forced to commit more and more dangerous stunts if they want to continue making headlines.

Although its founders invited Policy Exchange to ‘work together’ with them, a statement on the Extinction Rebellion website instead took aim at the publication.

It read: ‘A cursory scan of Google brings up much about the lack of transparency around everything to do with Policy Exchange, the ‘think tank’ who ‘asked’ Richard Walton to do his ‘deep’ research.

‘Policy Exchange doesn’t reveal who sponsors their thinking. It is unclear what vested interests are behind this report, and we call on our media to robustly question this.

‘We are concerned that those pushing for ‘business as usual’ to continue are sending the planet hurtling towards record levels of heating.

‘Who might gain by trying to undermine efforts to face the climate and ecological emergency?’ 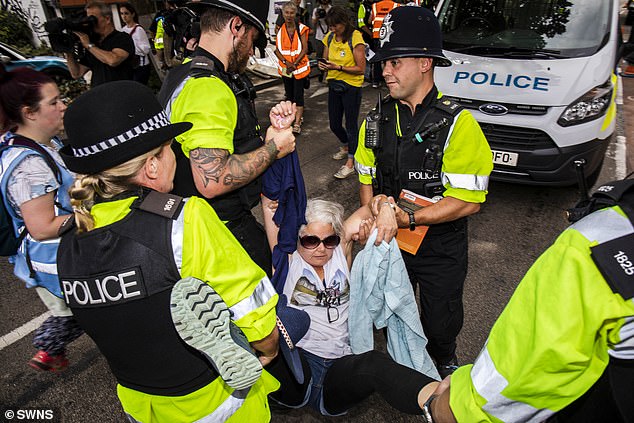 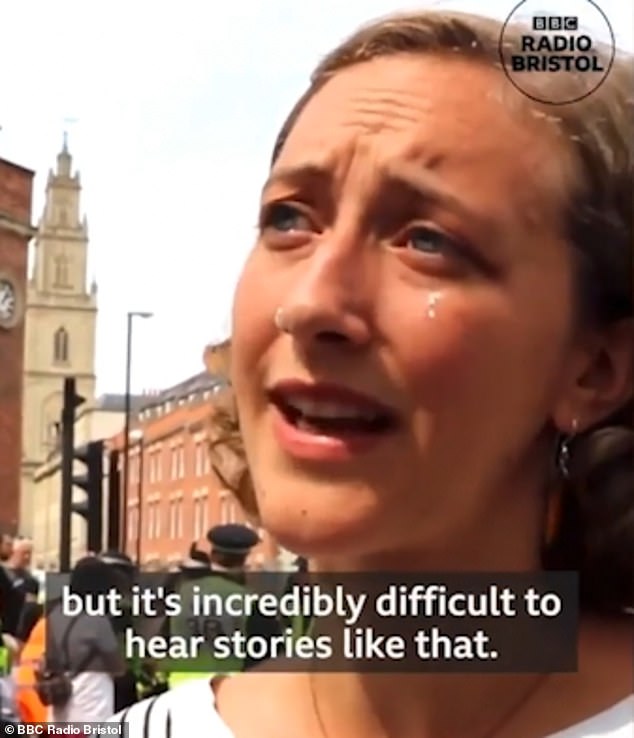 The report comes after a tearful Extinction Rebellion activist apologised to a man who was denied the chance to see his father one last time before he died because of a climate protest that left him stuck in traffic.

The grieving man revealed how he had rushed to his father’s bedside at Bristol Royal Infirmary after doctors told him he did not have long, but he could not get there in time because protesters were blocking the M32 into the city.

He rang his local radio station to tell his story on July 18, sparking fury among listeners who branded the demonstrations selfish.

After hearing the BBC Radio Bristol clip, Extinction protester Zoe Jones said she was ‘incredibly sorry’ but still believed she was ‘doing the right thing’.