Facebook boss Mark Zuckerberg knew about interference from Russian hackers using the platform during the US election when he publicly denied it and banned staff from using iPhones after Apple chief criticized him, a new investigation has claimed.

The social media giant knew about the extent of Russian interference long before the 2016 election, so tried to portray critics as anti-Semitic, it has been claimed.

The public were misled about the extent of the tech company’s knowledge of Russian hackers’ use of the powerful platform to meddle in the 2016 US presidential election, a New York Times investigation reported today.

Zuckerberg was said to have forced his management team to give up iPhones and switch to Android devices after Apple CEO, Tim Cook, made some comments that ‘infuriated’ him.

Tim Cook, Apple’s chief executive, said in an MSNBC interview: ‘We’re not going to traffic in your personal life. Privacy to us is a human right. It’s a civil liberty.’

These criticisms were said to have angered Zuckerberg so much he ordered his management team to only use Android phones, since the operating system has far more users than Apple’s, it was claimed.

It also said the social media giant attempted to smear critics as anti-Semitic or tried to link activists to billionaire investor George Soros, and tried to shift public anger towards rival tech companies. 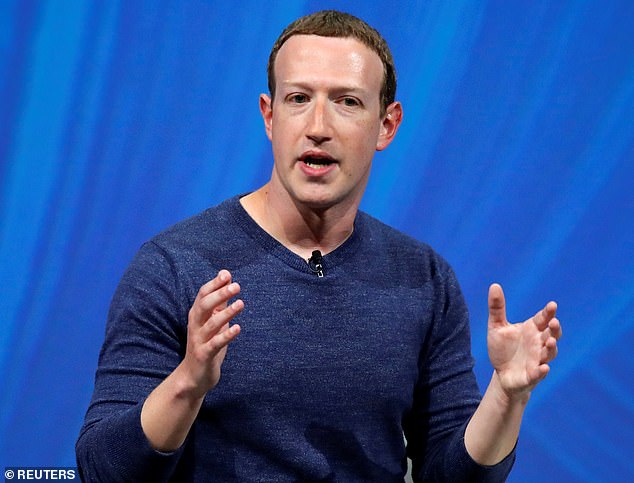 Mark Zuckerberg was said to have forced his management team to give up iPhones and switch to Android after Apple CEO, Tim Cook, made some comments that ‘infuriated’ him 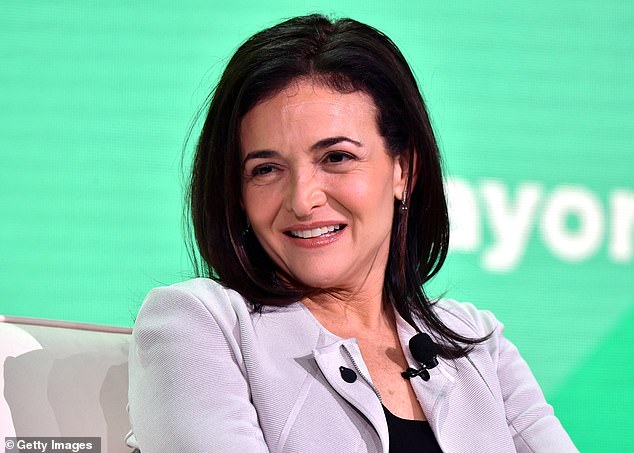 Zuckerberg said in 2016 that it was ‘crazy’ to think Facebook had been used to help Donald Trump get into the White House, but the New York Times report said in-house experts knew this not to be the case.

Facebook’s executive team reacted to the company’s series of scandals, including the fallout from the spread of Russian misinformation on the social platform, to the aftermath of Cambridge Analytica and CEO Mark Zuckerberg’s appearances in Congress, with heavy lobbying of key politicians, it was claimed.

She campaigned against singling out Russia in 2017 and called for public disclosures about Russian influence on Facebook to be made ‘less specific’, it was alleged.

Facebook founder and CEO Mark Zuckerberg, and Sandberg, were both so focused on growing the company that they ‘ignored warning signs and then sought to conceal them from public view’, the report said.

On Russia, Zuckerberg declared in the fall of 2016 that it was ‘crazy’ to think Facebook had been used to help Donald Trump win the US presidency, but the report said in-house experts knew this not to be the case.

The Times said for over a year Facebook had amassed evidence of Russian activity through an investigation led by its former security chief, Alex Stamos. 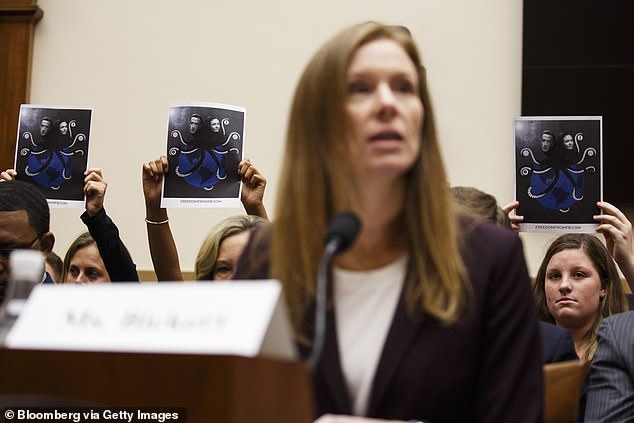 Monika Bickert, head of global policy management at Facebook, speaks while demonstrators hold up signs of Zuckerberg and Sandberg with octopus tentacles at a House Judiciary Committee on social media filtering practices in Washington DC 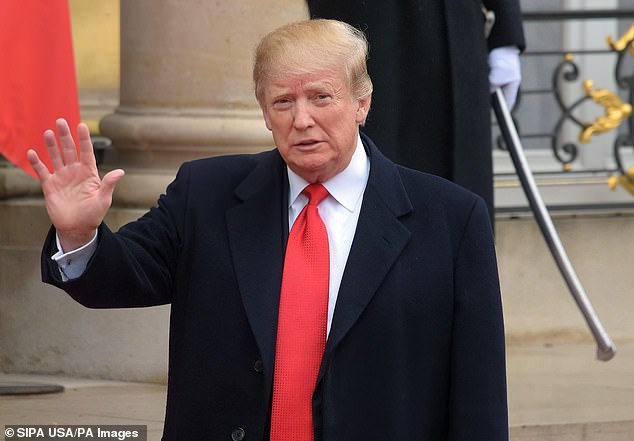 But it was only belatedly that the company’s board was informed of the full extent of the meddling, the Times said.

In 2017, Sandberg reportedly shouted at the security executive Stamos, that ‘you threw us under the bus’, after he told Facebook’s board of directors the company had not yet stamped out Russian interference on the platform.

When criticism of its belated Russia admission grew, Facebook mounted a lobbying campaign led by Sandberg, it was said.

The company used a PR firm to push negative stories about its political critics and make rival companies like Google and Apple look bad, the Times said.

The world’s most popular social media platform has been on the back foot for months, including over the allegation that data from millions of Facebook users was abused by the consultancy Cambridge Analytica to help drive Trump to the White House. 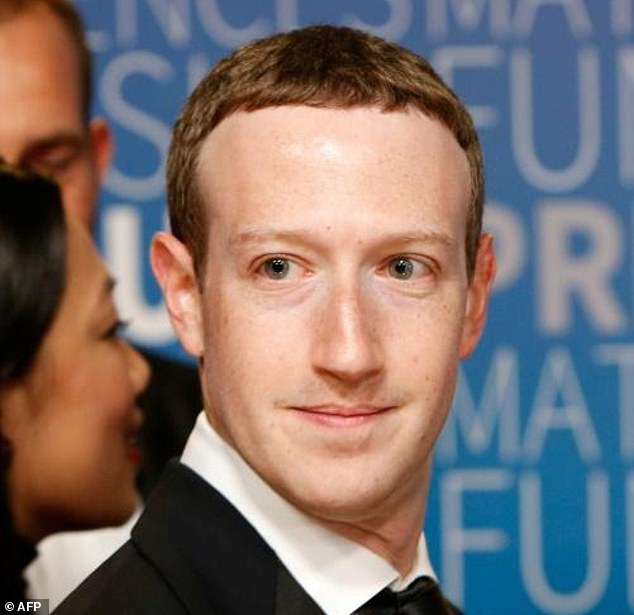 Facebook boss Mark Zuckerberg was so concerned with growing the firm he ‘ignored warning signs’, the Times claims in an investigation 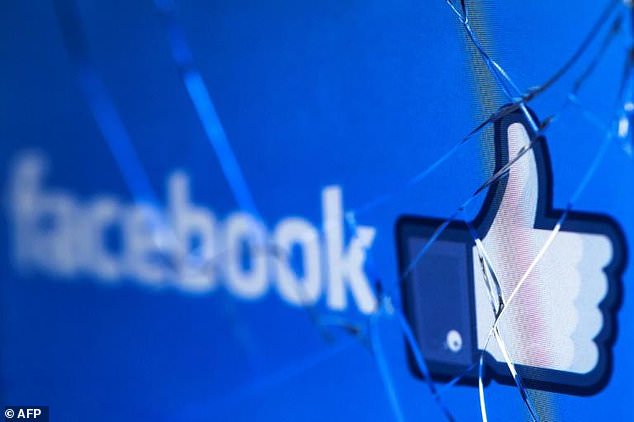 In July this year, as a Facebook executive testified before a congressional committee, anti-Facebook demonstrators barged into the room and held up a sign depicting Zuckerberg and Sandberg – who are both Jewish – as the twin heads of an octopus with its tentacles around the world.

Facebook responded by lobbying a Jewish civil rights group – the Anti-Defamation League – to publicly label that criticism as anti-Semitic, the Times said.

That evening the Anti-Defamation League, a leading Jewish civil rights organization, tweeted that the image was a ‘classic anti-Semitic trope’.

A spokesman wrote: ‘Depicting Jews as an octopus encircling the globe is a classic anti-Semitic trope. Protest Facebook – or anyone – all you want, but pick a different image.’

Sandberg also reportedly argued Facebook should not single out Russia in a public paper it planned to published looking at ‘information operations’ on the social platform, after the company’s Washington-based policy manager that ‘if Facebook implicated Russia further, Republicans would accuse the company of siding with Democrats’. 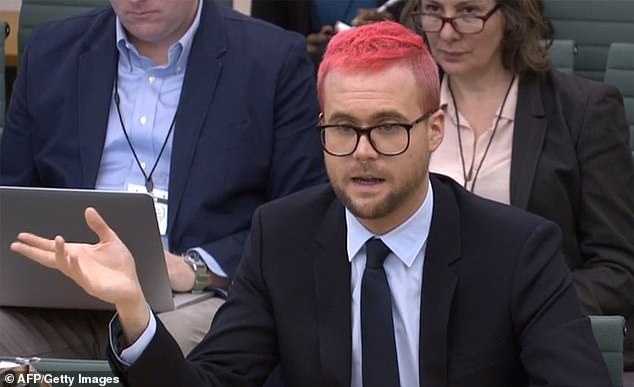 In a lengthy investigative is likely to trigger political repercussions in Washington, the Times argued that Facebook’s way of dealing with crisis was to ‘delay, deny and deflect’.

Facebook was also said to have employed a Republican firm specializing in opposition research to discredit activists, partly by linking them to the liberal investor Soros, who has become a favored target of Trump supporters and far-right conspiracy groups.

Before and since this month’s midterm elections, Facebook has shut down dozens of accounts on its own platform and on Instagram which it said were aimed at influencing the vote, and that it was exploring a possible link to Russia.

In the elections, the Democrats retook control of the House of Representatives, and the Times report is likely to add to political pressure on the company.

The Times said its article was based on interviews with more than 50 people, including current and ex-Facebook executives and other employees, lawmakers and government officials, lobbyists and congressional staff members.

The fist bump killers: Moment teenagers celebrate after stabbing 18-year-old to death
HS2 railway will now be delayed by three more years
Drunk grandmother fought with police after being told she could not board flight to Dubai
Supermodel Elle Macpherson flaunts her incredible figure in a quirky white jumpsuit at Derby Day
Top Gear's Stig's biggest secret - she is a woman (and she has got a mini-me double)
Hunted beyond the grave: The British cyclist shot dead in the Alps
Prince Harry and Meghan Markle: their body language, analysed
Knee-buckling drone footage shows two teenagers posing atop a 820ft crane in Canary Wharf