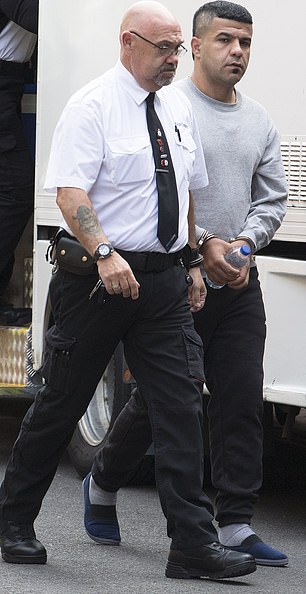 A failed asylum seeker turned people smuggler has been jailed for three years today after masterminding a conspiracy to bring immigrants across the Channel to Britain in tiny inflatable boats.

Sarbast Mohammad Hama, 31, was stopped in a dinghy packed with 13 migrants, including two children, by a Border Force cutter near Folkestone, Kent in March.

But the Home Office then discovered he had previously been stopped on another inflatable boat on Christmas Day 2018, off the coast of Deal, Kent, with 10 Iraqi migrants.

Hama was on immigration bail but was going in and out of the UK on an Italian passport he gained after claiming asylum there.

Today he was jailed for three years and four months, after Lewes Crown Court heard Parliament had increased the maximum available sentence.

He was filmed loading boats, pumps and lifejackets on to a car in the Netherlands before switching numberplates in March this year.

Mrs Justice Christine Laing QC told Hama people passengers across the Channel for his own financial gain – not for humanitarian reasons or to escape ISIS as he had claimed.

‘The court and this country has considerable sympathy for people who have lived through war and the impact that has no doubt had on your life.

‘The fact is you had asylum in a safe European country. You decided that didn’t really suit you. You decided to come to England then leave for your own reasons. 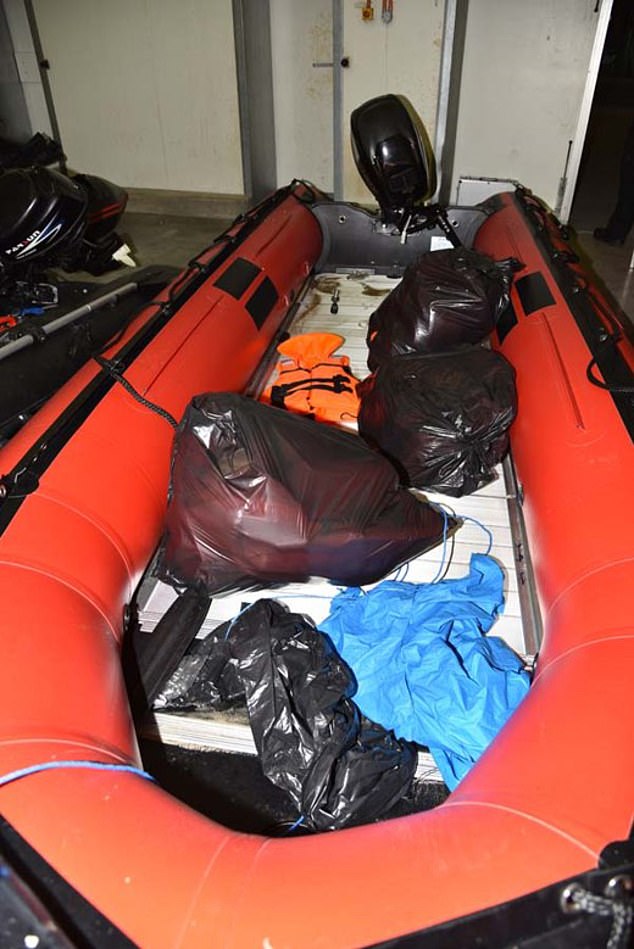 ‘Coming back again this time bringing with you eight complete strangers in circumstances which I am satisfied were for your financial gain and no humanitarian reason.

‘You were part of a rather professional organisation to allowed the illegal immigration of people into the UK. 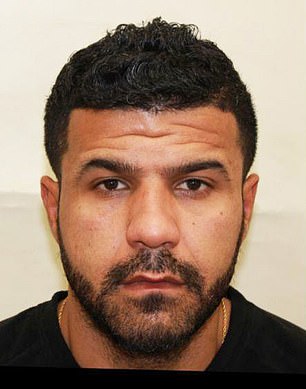 ‘The security of a country both physically and economically is depended on that country knowing precisely who is within its borders.

‘I bear in mind I am sentencing you for one offence of bringing people into this country, your background and previous good character and it is also a feature that the people in the boat were equipped with life jackets which is not the case in every one of those cases which comes before this court.’

Gareth Burrows for the Crown said the immigration enforcement investigation found Hama claimed asylum in the UK after arriving on a boat from France with another eight Iraqi nationals and one Iranian child in December 2018.

He was on immigration bail when he was filmed buying more boats and equipment from a shop in Holland for 6000 euros in cash three months later.

Hama has also tried to claim asylum in Germany where he has family.

Rebecca Upton for Hama said he was unable to speak any English and had found HMP Lewes frightening and isolating.

Ms Upton said: ‘He left Iraq for reasons which may well be obvious.

‘ISIS had infiltrated the area where he lived and it wasn’t safe for him to stay there so he came to Europe.’

He lived on the streets in Italy before being put in an asylum camp, Ms Upton said.

‘The others on the boat were the same Iraqi citizens who have suffered the same humanitarian fate,’ Ms Upton said.

Steve Whitton, of Border Force’s maritime command said: ‘When he was intercepted by Border Force, Hama was involved in reckless attempts to smuggle people, including young children, into the UK.

‘The vessels used were unfit to cross the channel in the best of conditions, let alone in the middle of winter.

‘Our cutter and coastal patrol vessel crews will continue to work closely with Immigration Enforcement Criminal and Financial Investigations (CFI) colleagues to ensure those responsible for this type of dangerous and illegal crossing face justice.’

Assistant Director David Fairclough, from CFI, said: ‘It was detailed forensic examination of the vessel involved in the March incident – conducted by colleagues from the National Crime Agency – that identified where the boat had been purchased.

‘That was a real breakthrough and the CCTV we collected from the Netherlands made for a damning case against Hama.

‘This complex investigation is an excellent example of law enforcement agencies working effectively together to strike people smuggling at source and tackle the criminals behind these extremely dangerous crossings.

‘People smuggling by small boats is not an issue that any agency can solve in isolation, but working closely with our partners at home and abroad we will continue to put those involved in this type of criminality before the courts.’