The scale of fake homelessness in Britain was revealed today in a new documentary where one culprit with a council flat and fortnightly benefits said: ‘It was either this or be a hooker’.

Emily, who lives in Cambridge, is identified as a professional beggar and describes it as her full time job.

Documentary maker Ellie Flynn reveals that while begging for money Emily is also paid benefits twice a month and has access to a taxpayer-funded flat.

She replies: ‘I try and turn up every day. This is work to me. It was either this or be a hooker. That’s the truth. There aren’t many options for a person like me.’

The extraordinary situation is featured in the BBC Three documentary ‘Fake Homeless: Who’s Begging On The Streets?’, which will be available to stream on iPlayer from Sunday night. 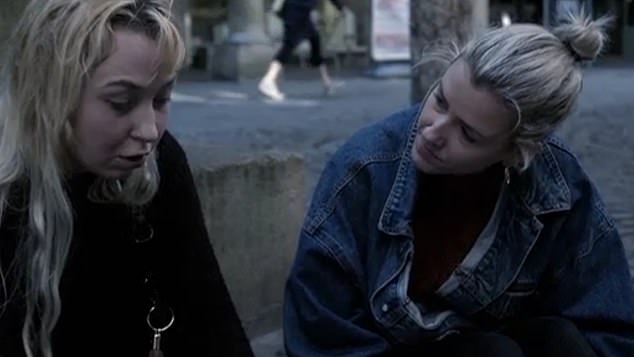 Emily, left, who is on benefits and has a council flat told BBC journalist Ellie Flynn that begging in Cambridge was her job because it was ‘either this or be a hooker’ 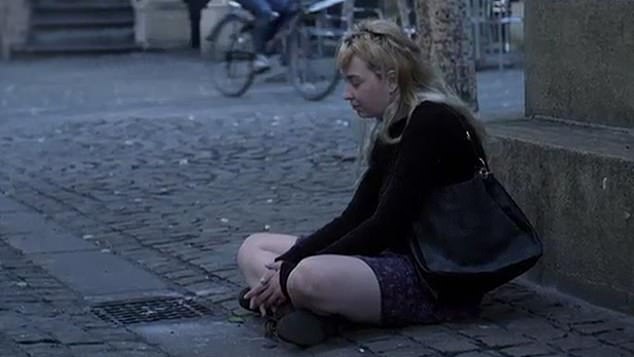 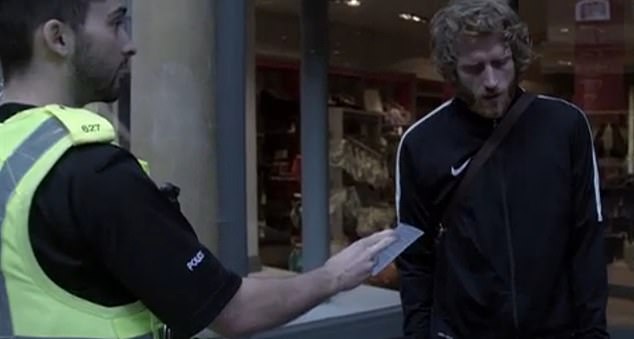 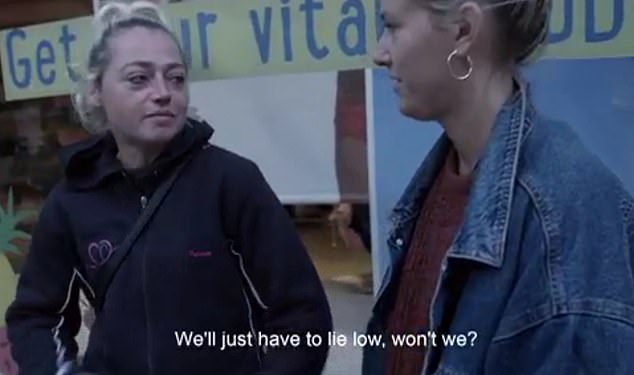 Councils, charities and police admit ‘deceptive’ begging is a growing problem in busy towns and cities with people now urged to give food, drink or clothes – but not money.

The number of people sleeping rough in England is at a record high and Government data shows that on any given night over the autumn last year, nearly 5,000 people were recorded sleeping on the streets – a figure that has more than doubled since 2010.

But Merseyside Police has revealed that between 2015 and 2018 it believes 80 per cent of people arrested for begging were not genuinely homeless and have ‘some kind of home’ to go to. 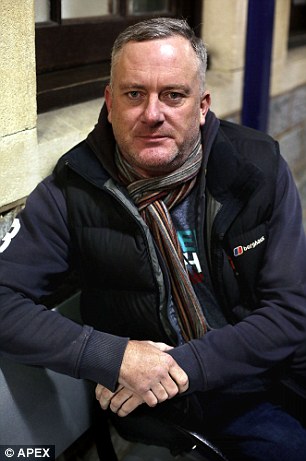 Damian, from Liverpool told the documentary the fake beggars ‘p**s him off’ because it gives the ‘genuinely’ homeless like him a bad name.

Men and women identified as professional beggars were filmed being issued with antisocial behaviour notices, which ban them from town and city centres.

Homelessness charities say people in the documentary may well have homes, but could have complex and chaotic lives that led to them begging on the streets.

They also argue that people are demonising the homeless population, who already face a lack of trust and abuse from the public.

Sergeant Phil Priestley of Cambridgeshire Police said earlier this year in a warning to visitors: ‘We do not want people to be misled because it can be a lucrative opportunity.

‘If you do feel moved to give something – offer food or a warm drink by all means – but please do not offer money.’

Humanity Torbay has also urged people to give food, drink or clothes rather than cash.

Local man Ashley Sims has vowed to rid the streets of professional beggars who he claims earn up to £150 per day from kind-hearted shoppers.

Mr Sims says his campaign to name and shame ‘fake homeless’ has proved an outstanding success during a trial in Torquay. 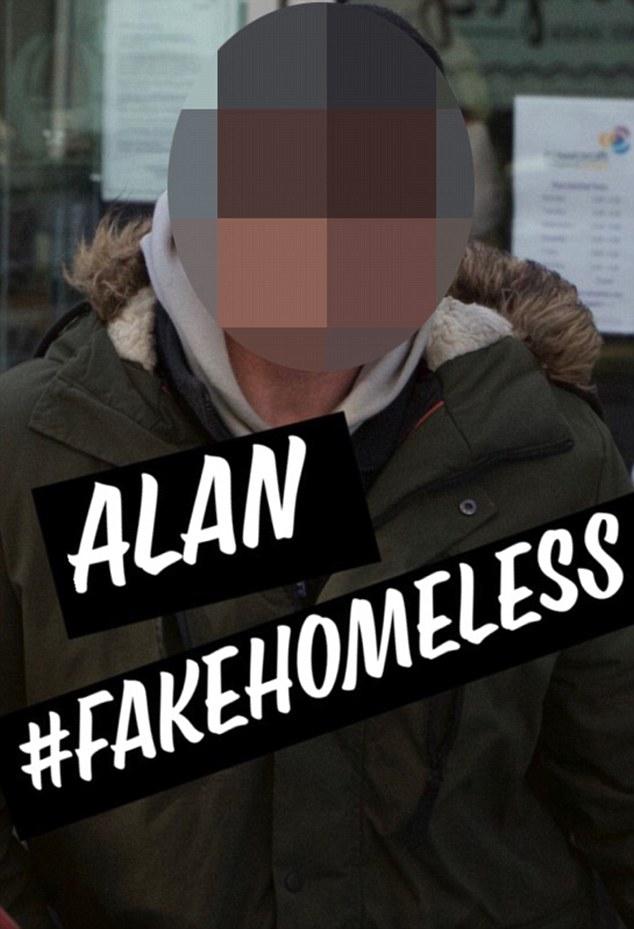 Mr Sims claims professional beggars like ‘Alan’, pictured above, see it as a ‘turf war’ in which those genuinely in need are pushed out of city centres because they are seen as competition

Since he began distributing warning posters targeting professional beggars – on lamp-posts and social media sites – he says around a dozen have left the English Riviera to try their luck elsewhere.

He insists his threat to post their photographs – and in some cases full names – have succeeded where police and Torbay Council have failed.

He said in February: ‘One thing these people don’t like is being photographed or filmed, so we’ve gone and done that.

‘We have identified who is genuine with the relevant charities and their names and if they are homeless or not. Five of them have told us they wont go begging anymore if I don’t out their photo up. Of the 17 photographed, only two were genuine street homeless.’

Fake Homeless: Who’s Begging On The Streets? will be available to stream on BBC Three from Sunday November 25.