A family were forced to sit on the floor for their two-hour TUI flight to Menorca after discovering their seats didn’t exist.

The Taylor family, arrived early at Mahon airport to get their allocated seats after a lovely family holiday on the Balearic Island, as they all wanted to sit together on the flight back to Birmingham.

They were given seats 41 D, E and F, but when they boarded the TUI plane in June last year, under the numbers was just an empty space, rather than seating. 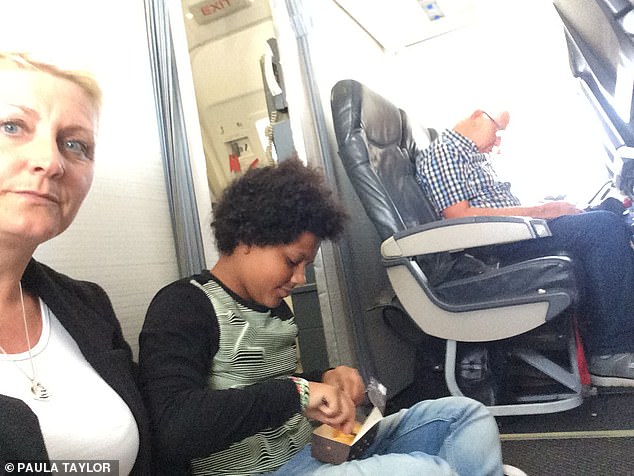 Paula Taylor, with her daughter Brooke, was forced to sit on the flor on their two-hour flight to Menorca 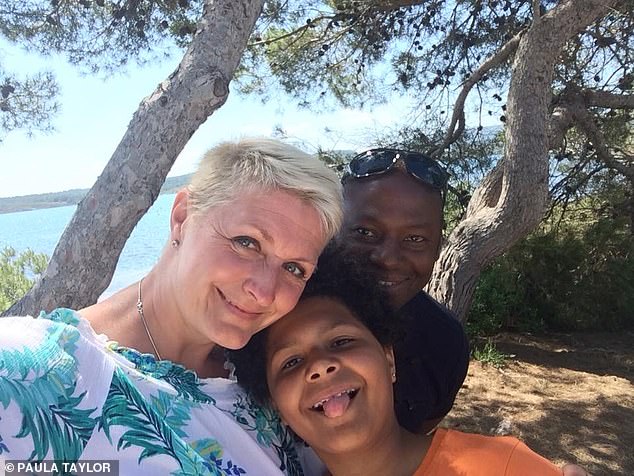 Paula Taylor (pictured left), with her daughter Brooke, husband Ian, had arrived early at the airport to get their allocated seats after a family holiday in Menorca as they all wanted to sit together on the way back

Paula Taylor, from Alcester, Warwickshire, told BBC One’s Rip-Off Britain, Holidays:  ‘We made sure we were 3 hours early at the airport to check in early just to make sure we got seats together.

‘We went straight to the front and we were very excited the fact we had managed to sit together.’

But when tried to find their seats all they could see was an empty space.

Mrs Taylor added: ‘We all just looked at each other As if to say where’s our seats gone? There are no seats where our seats should be!’

When alerted to the problem, crew members checked the boarding passes, hoping to resolve the problem.

But after all the other passengers had boarded there was only one empty seat left on the aircraft. 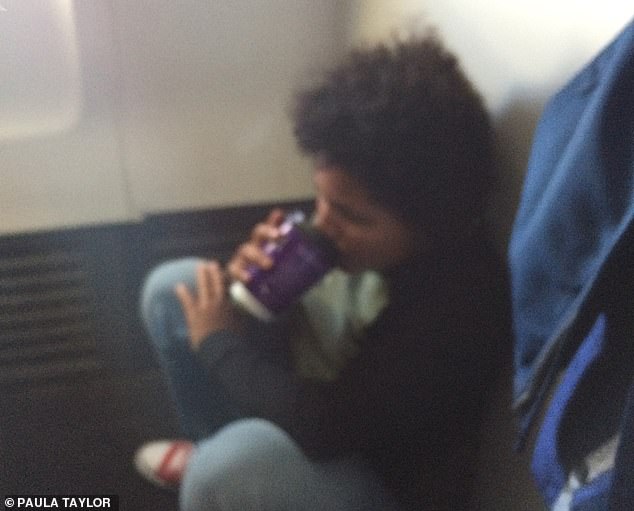 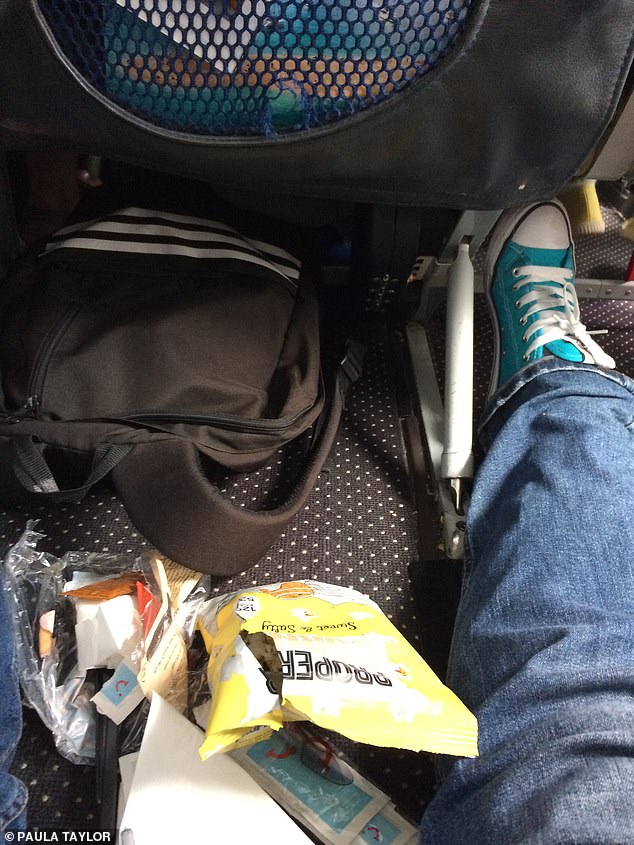 The solution proposed by the crew was that for take-off and landing 10-year-old Brooke would take the last spare seat on the plane while Paula and her husband would sit in two spare flip-up ‘jump’ seats tucked into the crew station.

However, once the plane was in the air, the attendants needed access to the food and duty free supplies which were stored behind those seats.

So Paula and her husband had to move and set up camp with Brooke on the floor in the space where their allocated seats were supposed to be.

She said: ‘It’s hard and its uncomfortable and it’s just filthy.

‘It’s just not an experience I ever want to repeat.’

The Civil Aviation Authority said passengers are not allowed to be left unseated at any stage of a flight.

They have contacted TUI for an explanation about why the family were left sitting on the floor for the two-hour flight.

They are also investigating for a possible breach of regulations.

Mrs Taylor added: ‘The co-pilot came and sat with us on the floor and said he just wanted to thank us for our co-operation and understanding.’

‘He said that how calm we were and he was so grateful because he would have had to, he would have missed the time slot take off.’

After getting back home Mrs Taylor tried complaining to TUI, but got short shrift, even though she had photographs showing what had happened.

She said: ‘The lady said oh yes we have received your complaint…..

‘She didn’t believe us and said she would have to speak to her supervisor which she did. And she came back and said as a good will gesture we will give you £30

TUI airlines said a ‘last minute aircraft change’ caused the issue and meant the family’s assigned seats were unavailable as the alternative aircraft had a different seating configuration.

The company has now offered a full refund for the family’s £1,300 flights and will be contacting them directly to apologise.

The family will feature on an upcoming episode of Rip-Off Britain: Holidays broadcast on Tuesday, 15 January 2019 at 9.15am, on BBC One.

Anaïs Gallagher pays tribute to brother Sonny by getting his initials tattooed on her wrist
Voters would prefer the short-term disruption of a No Deal Brexit over a Jeremy Corbyn Government
'Huge' search launched for woman who vanished on the Isle of Wight and hasn't been seen for 48 hours
Dancing On Ice: Saira Khan, James Jordan and Brian McFadden join line-up
What happens to the body when you drink more than one glass of wine a day
Faye Tozer and Giovanni Pernice dance a VERY sultry paso doble after THAT boozy lunch
Game Of Thrones sets Twitter alight during the Season 8 premiere
'Gun' fear at Hamilton the musical in San Francisco