Quarmby was best known for playing a Health Inspector in the famous ‘Basil The Rat’ episode of Fawlty Towers in 1979.

The Monty Python comedian, 79, tweeted: ‘Sad to hear of the death of John Quarmby who played the health inspector in Basil the Rat episode. Lovely chap. I shall never forget the expression on his face when he saw the rat sitting in the biscuit tin.’ 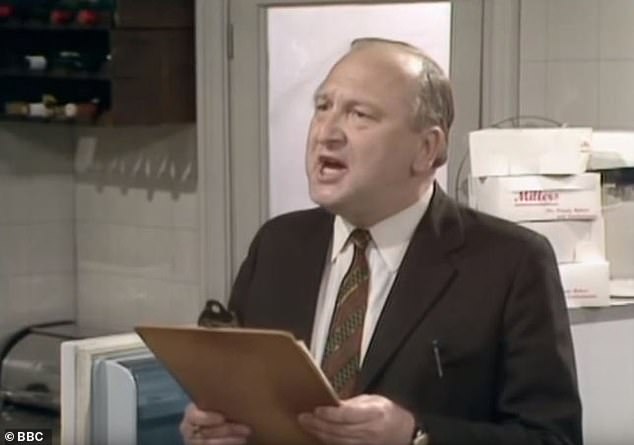 Quarmby was born in Liverpool in 1929 and, after two years in the RAF, started appearing on TV in the 1950s.

His first role in a major TV series came in the popular series Z Cars, when he played the Station Sergeant in 1967.

His most famous role came 12 years later when he appeared alongside Cleese and Prunella Scales in Fawlty Towers.

A health inspector Mr Carnegie, played by Quarmby, finally came across it lurking in the biscuit tin.

As well as the much-loved Fawlty Towers, Quarmby also appeared in another of Britain’s favourite comedy series, Porridge. He starred alongside Ronnie Barker as a prison warden in the show in an episode in 1974. 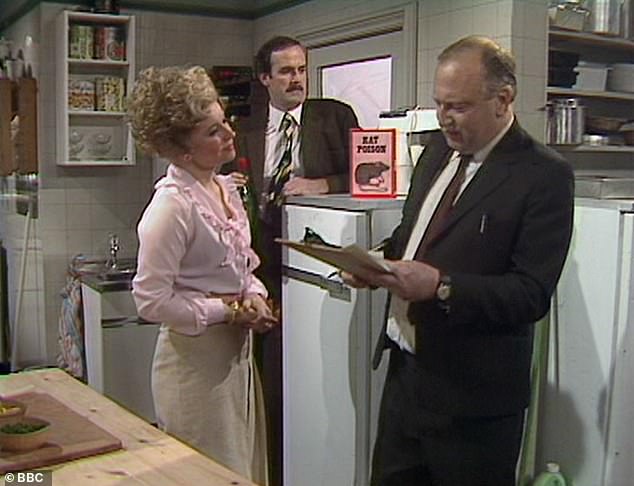 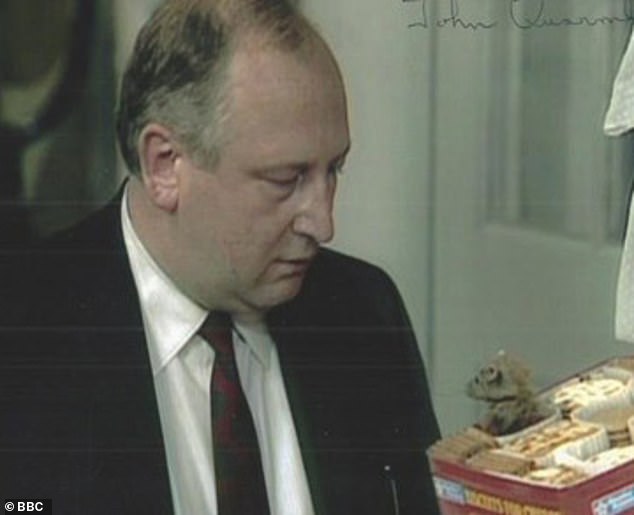 He discovered waiter Manuel’s pet rat hiding in a biscuit tin, in the show about the failing hotel

Quarmby’s 50-year career in TV continued after the brief appearance in Fawlty Towers.

He appeared as Lord Hobart in the 1986 children’s drama The December Rose, and played Grumpus in 1989 adaptation of CS Lewis’s works Prince Caspian and the Voyage of the Dawn Treader.

He also had more minor roles in many of TV’s hit shows, including Minder, Howards’ Way, Rumpole of the Bailey and The Liver Birds.

As well as his TV work, he also appeared in a number of films, including 1971 drama Get Carter, The Scarlet Pimpernel in 1982 and Black Beauty in 1994. 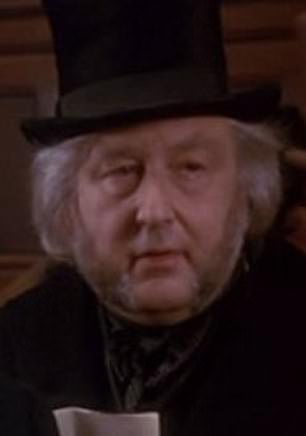 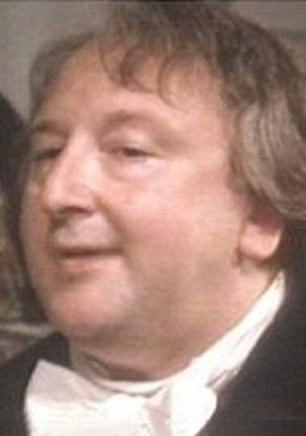 During his 50-year acting career Quarmby starred in both TV and film productions. He is pictured (left) in A Christmas Carol in 1984 and (right) The Scarlet Pimpernel in 1982