A 21-year-old woman has died after a crash with a police car on an emergency call.

The marked patrol car hit the woman as she walked next to a main road in Walthamstow, East London, at about 11.45pm last night.

The car stopped at the scene and the officers gave the woman first aid before paramedics from London Ambulance Service and Air Ambulance arrived. 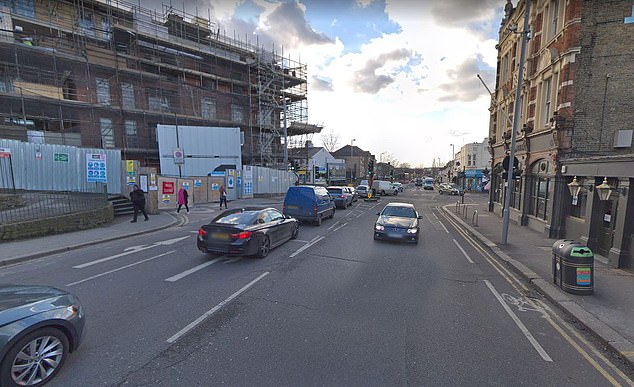 Scotland Yard detectives were working to trace her next of kin, ‘who are believed to be outside the UK’. Forest Road, where the incident happened, has been closed.

Officers added that the police car had been responding to an emergency call to a man threatening members of the public at a location in Walthamstow.

A Metropolitan Police spokesman said: ‘The Directorate of Professional Standards has been informed, as has the Independent Office for Police Conduct.’

A Tfl spokesman tweeted: ‘Collision on the A503 Forest Road resulting in the road being closed between Chingford Road and Shernhall Street. Use alternative route.’

And Waltham Forest Council added: ‘Forest Road between the Bell Junction and Shernhall Street in Walthamstow is closed until further notice due to an accident.

‘Drivers are advised to avoid the area until the road reopens. Please follow signs and take care. Access to the Town Hall will be via Farnan Ave.’