Watching the Christmas Day TV was once as important as the turkey dinner, with more than 20million viewers tuning in to blockbuster films and comedy specials.

But shows this year will be lucky to get audiences half that size, as new analysis reveals just how festive TV has fallen out of fashion.

Ratings for the most-watched show on Christmas Day have dipped by nearly a quarter this decade and more than a third since 2000. 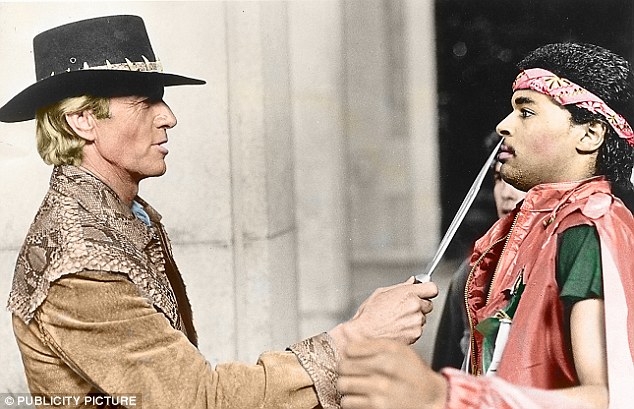 The decline is even steeper when comparing 2017 with 1997 (down 41 per cent) and 1987 (50 per cent). Last year’s most-watched programme on Christmas Day was Call The Midwife on BBC1, which had an audience of 9.6million. By contrast, 21.8million saw the TV premiere of Crocodile Dundee in 1989 – the biggest single audience for a Christmas Day broadcast since comparable records began in 1981.

The figures, compiled by Barb, show that Coronation Street enjoyed 14.6million viewers for its Christmas Day episode in 2000, but managed just 10.8million in 2011. The current ratings system began in 1981. While Morecambe and Wise’s 1977 Christmas show was reportedly watched by 28million people, the figure was based on a BBC audience survey and is not comparable with today’s data.

Video of Kobe Bryant and daughter Gianna discussing basketball
Maldivian authorities assure free vote amid fears of...
ISIS gunman who massacred 38 in Tunisia took illegal drug to deaden emotions
Beyonce's FURIOUS reaction to a woman cutting across her to chat to Jay Z goes viral
The great fall of China! Security guard grabs President Xi as he tumbles off a stage
Iowa man's remains found behind No Frills Supermarket freezer after 10 years
Michael Hutchence left with character-altering brain injuries five years before he hanged himself
Coronavirus reaches Australia as man is quarantined in Melbourne with two suspected cases in NSW