A fire has broken out on the roof of Alicante airport forcing buildings and planes to be evacuated.

The fire has forced arrivals to divert to other airports but departures are now beginning to leave the runway.

According to Spanish website diarioinformacion, no injuries have been reported and airport firefighters have now put out the blaze. 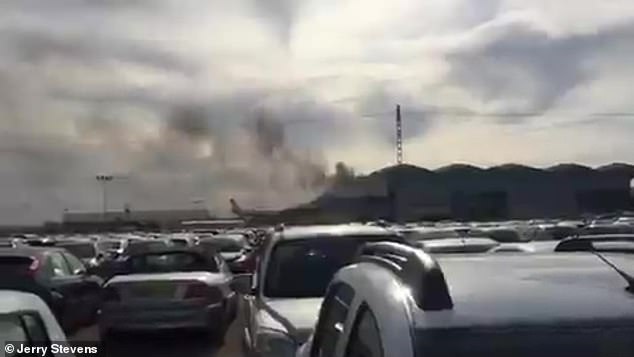 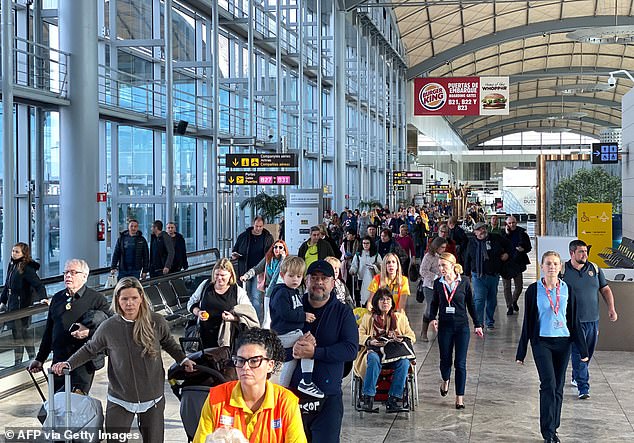 Airport operations company AENA tweeted that traffic has now resumed around the airport.

There were 125 scheduled flights from the airport today and by 2pm this afternoon, 73 had taken off without any issues.

The fire is believed to have originated inside an office in the terminal building, according to diarioinformacion. 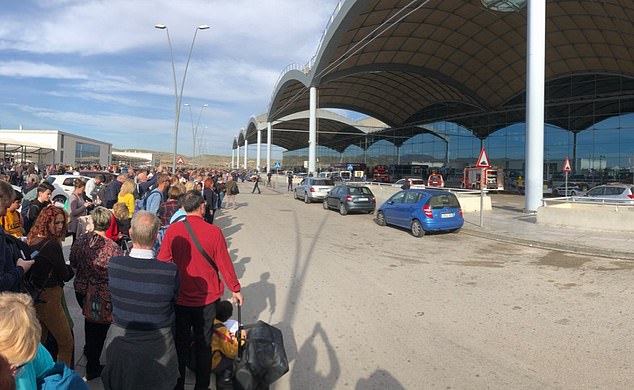 The website added that a plane took off for Moscow at around 3pm but passengers and workers are still stuck outside the airport terminal.

Taxi drivers standing outside the departure terminal said that the smoke over the building was very dense.

British couple 'are stuck in the US' after their child was born three months early while on holiday
Speed cameras installed on road where Prince Philip rolled his Land Rover in crash
Two Russian fighter jets 'buzz' a US reconnaissance plane over the Mediterranean
James Middleton and Spencer Matthews head out for a jog in St Barts
Prince Harry overwhelmed with guilt at being away from UK
Couple promised hotel room 'oozing Greek chic and sophistication' share the dismal reality
British mother, 23, is found dead in her Ibiza hotel room by devastated sister
Tokyo war shrine priest to quit for criticising Emperor