John Lewis’ first-ever female managing director has been sacked just three years into the job, as the department store battles with a sales slump.

Paula Nickolds joined the retailer’s flagship Oxford Street store in 1994 working in the haberdashery and rose up the ranks through fashion and home.

She was due to take up a newly-created ‘executive director of brand’ role across John Lewis and Waitrose, but the partnership claims they have decided it is ‘time she moves on’.

Her departure comes just three months after Waitrose’s managing director was forced to step down following a restructure designed to cut costs and boost the brand amid a slow-down in sales.

The department store revealed it suffered a two per cent like-for-like sales slump in the seven weeks to January 5. 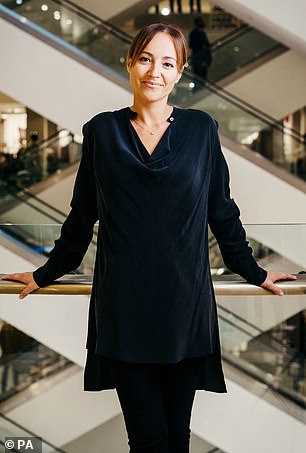 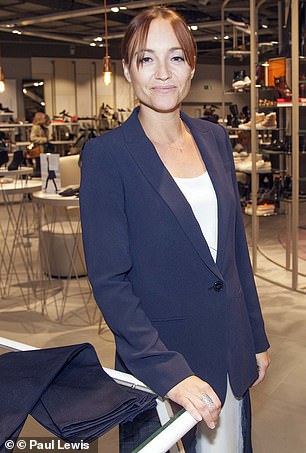 John Lewis managing director Paula Nickolds, who has been with the employee-owned retailer since 1994, has been sacked after three years in the job

Sir Charlie Mayfield, chairman of the John Lewis Partnership, who is also stepping down in February, also warned that staff may miss out on bonuses.

From buttons to the boardroom: How John Lewis graduate trainee, 43, who started in the haberdashery department 22 years ago became first female MD

Paula Nickolds, who joined the partnership in 1994, held one of the most powerful and coveted jobs in British retail after taking the helm of John Lewis three years ago.

The 43-year-old, who started her career in the chain’s flagship Oxford Street store, joined the partnership’s management board in 2013, having risen through the ranks in buying roles across fashion and home.

Her long career has also seen her work as head of brand development, as well as commercial director, a role which she took on in 2015.

The married businesswoman became the first-ever woman to run the department store chain since it was founded in 1864.

Ms Nickolds, who lives in London with her husband, grew up in Hertfordshire, attending St Helen’s in Northwood.

She studied history at Southampton before joining John Lewis as a graduate trainee at the Oxford Street branch.

By 1997, she had become a buyer across various departments including clothing, furniture and homewares, before taking up the role of head of buying for furniture.

She went on to be appointed head of product development in 2006, where she was responsible for developing and promoting new own-brand design and development.

In 2013, Ms Nickolds joined the John Lewis management board as buying & brand director, where she was responsible for all elements of the business’s product offer, marketing and brand identity.

She was heavily involved in the opening of its latest wave of new stores, most recently in Leeds and in Chelmsford.

He said in a statement: ‘After some reflection on the responsibilities of her proposed new role, we have decided together that the implementation of the future partnership structure in February is the right time for her to move on and she will leave the partnership with our gratitude and best wishes for the future.

‘At the full year, we expect profits in Waitrose & Partners to be broadly in line with last year.

‘In John Lewis & Partners we will reverse the losses incurred in the first half of the year, but profits will be substantially down on last year.

‘We therefore expect that partnership profit before exceptionals will be significantly lower than last year.’

‘The decision will be influenced by our level of profitability, planned investment and maintaining the strength of our balance sheet.’

Mrs Nickolds held one of the most powerful and coveted jobs in British retail after taking the helm of the department store three years ago.

The 46-year-old started her career in the haberdashery section of the chain’s Oxford Street store before joining the partnership’s management board in 2013.

Her long career has also seen her work as head of brand development, as well as commercial director, a role which she took on in 2015.

After her promotion to the board in 2013, the married businesswoman became the first ever woman to run John Lewis since it was founded in 1864.

Her departure is a sign of further crisis at John Lewis-Watirose after the partnership announced that Waitrose’s managing director Rob Collins would step down and 75 of its 225 senior management roles would be axed.

Mr Collins had been with the partnership for 26 years, but his redundancy was designed to scrap separate management teams for its two divisions.

The overhaul was part of a move that will save the brand around £100 million ‘over time’.

In March last year, the company also revealed that staff bonuses for the employee-owned retailer would be just three per cent of annual pay – the lowest level since 1953 – after profits fell 45.4 per cent to just £160 million.

Gross sales at the partnership in the seven weeks to January 4 were down 1.8 per cent compared with last year at £2.2 billion. Waitrose saw a 1.3 per cent fall in sales, due to store closures, but was up 0.4 per cent  on a like-for-like basis.

But at John Lewis there was a 2.3 per cent fall in sales – or two per cent on a like-for-like basis – with electricals and home furnishing sales both down heavily. They fell four per cent and 3.4 per cent  respectively compared with a year ago. 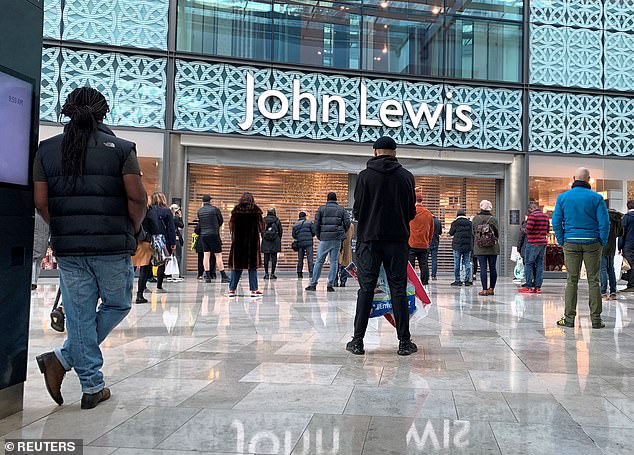 Sir Charlie commneted: ‘We saw significant variation in levels of demand, with Black Friday sales up 10.0 per cent on the equivalent period last year, followed by more subdued demand in the subsequent weeks.’

‘But most concerning for the employee-owned business is the collapse in profits at the partnership, with the chairman warning that ‘profits will be substantially down on last year’.

There was some growth, with beauty sales up 4.7 per cent and fashion up 0.1 per cent, while at Waitrose online orders and basket sizes increased 23 per cent in the seven days leading up to Christmas compared with last year.

ButJohn Lewis could only manage a 1.4 per cent increase in online sales, meaning the group overall saw an online uptick of 16.7 per cent in total.

Reacting to the news, Richard Lim, chief executive of Retail Economics, said: ‘Excitable Edgar did little to fire up Christmas sales, with declines across non-food and a woeful performance in the online business, which barely showed any signs of growth.

‘The later timing of Black Friday may ultimately have been the destructive force at play. Consumers appear to have pulled forward gift purchases to take advantage of deep discounts at the expense of Christmas trading.’

Portugal 3-1 Switzerland: Ronaldo fires Portugal into UEFA Nations League final
Merkel ally dismisses May's call for a second short delay to Brexit
Lesser lights line up for Australian Open
Boris and Starmer are tied in opinion polls - as 38% think Starmer looks like a PM-in-waiting
Fans go wild as cult beauty range Pestle & Mortar lands at M&S - including a sold out serum
VIP paedophile ring 'fantasist known as Nick created fake second accuser called Fred
British family who rented home to work in Qatar cannot return to UK due to Covid eviction ban
British couple 'are stuck in the US' after their child was born three months early while on holiday