Animal rights organisation PETA has been mercilessly trolled on social media for promoting an unusual recipe by a vegan blogger.

Melissa Copeland from Canada, who now lives in Europe, went viral for sharing a recipe using banana skin as an alternative to pulled pork on her blog, The Stingy Vegan.

She explained that the idea is based on a Venezuelan technique, and PETA was inspired to retweet Melissa’s recipe, along with other ways banana skin can be used as a meat alternative.

However, the thread received a flood of negative comments with one comparing Melissa’s ‘pulled pork’ sandwich to ‘tapeworm’.

Another wrote: ‘If being vegan is so awesome, why are they always trying to make “meat substitutes”? Stop appropriating my food and come up with your own.’ 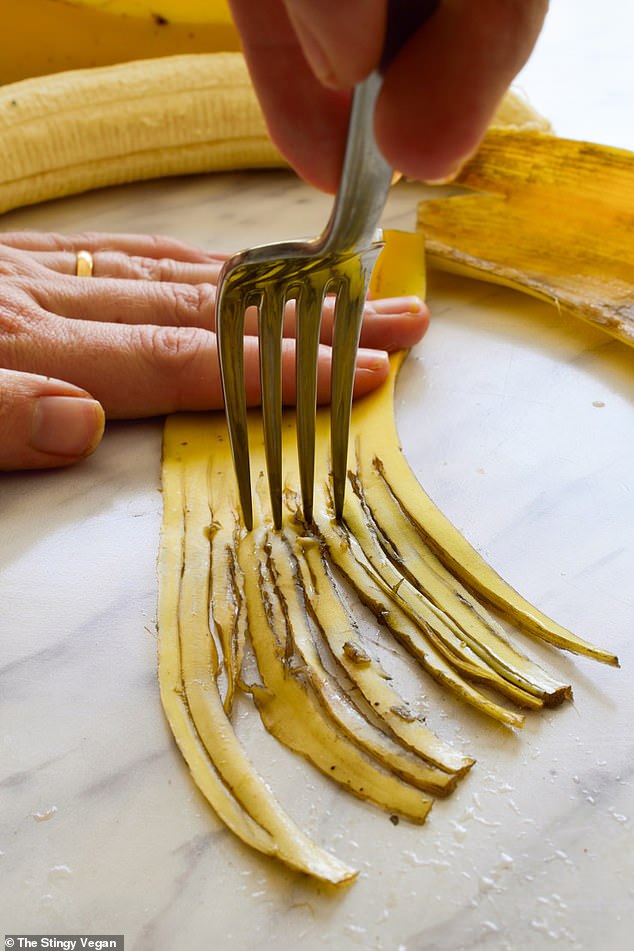 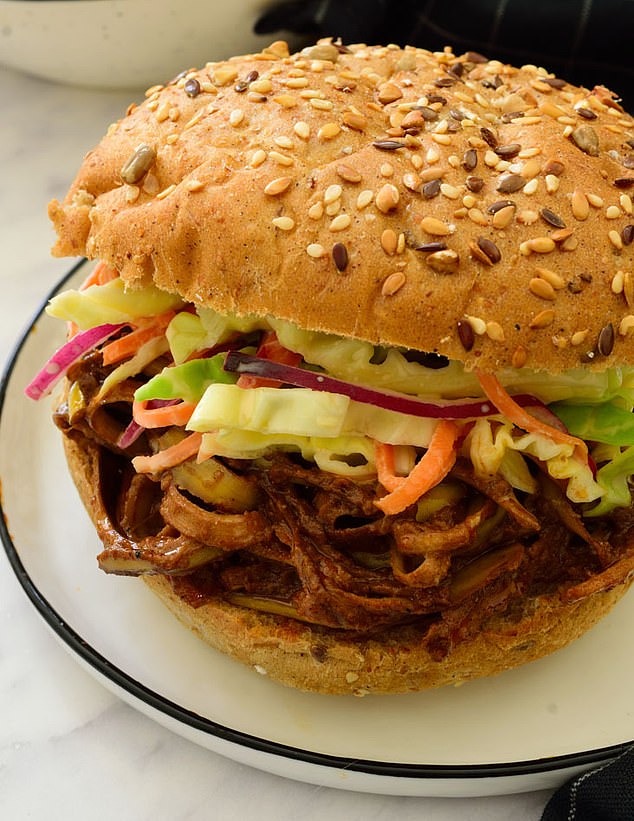 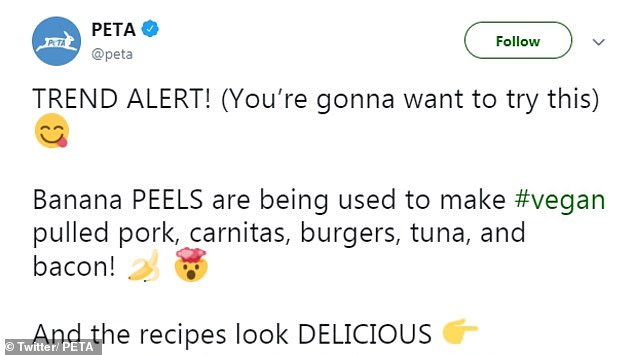 Another replied: ‘I had a BBQ soak sandwich this afternoon for lunch. It was glorious.

‘All that pork, beef, chicken & mutton with spicy yet sweet sauce, pickle, onion on rye bread & bowl of burgoo.

‘But while these innovative recipes may not appeal to everyone, banana-skin carnitas, jackfruit pulled “pork”, and plantain lasagne are just a few of the many vegan foods that not only help us spare millions of animals the trauma of factory farming, transportation, and a wretched death at the abattoir but also are better for human health and the environment.’

Some social media users took it a step further than bashing the recipe and began flooding PETA with photos of cooked animal dishes. 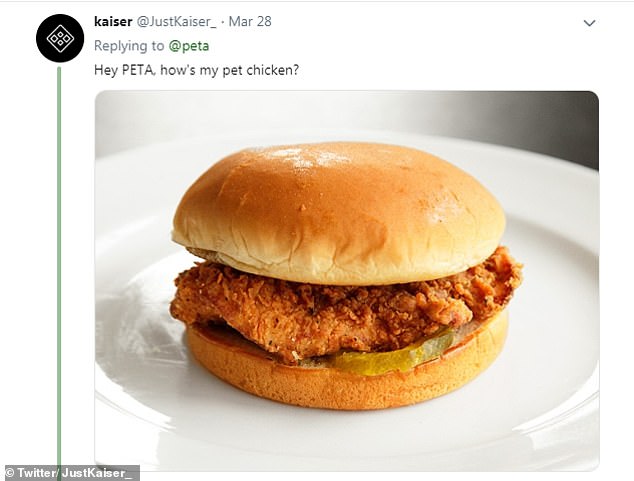 The negative response comes just days after Melissa received a wave of resistance on her own social media platforms for presenting the recipe idea.

Sharing a GIF of bacon being cooked, a Twitter using the handle ‘Kimppa8′ wrote: I’d rather eat this delicious bacon’

Another shared a photo of a chicken burger accompanied by the caption: ‘Hey PETA, how’s my pet chicken?’

A third who shared a plate filled with meat, said: ‘You know what else tastes great? Pork, burgers, steaks, bacon’ 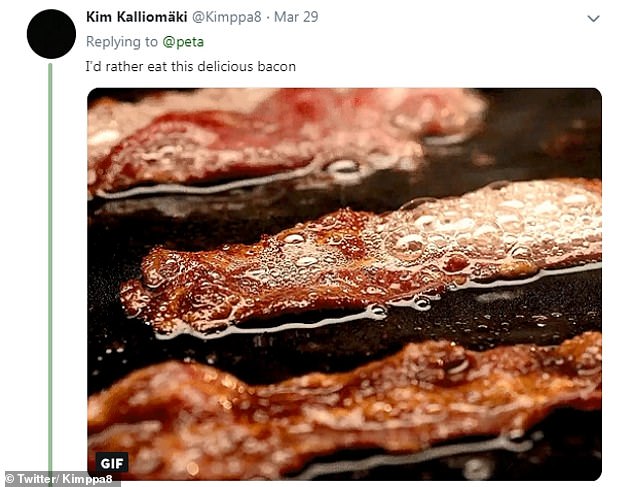 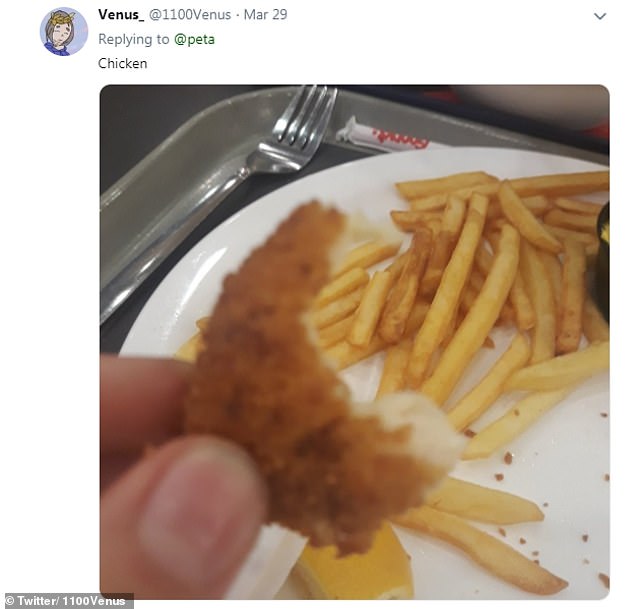 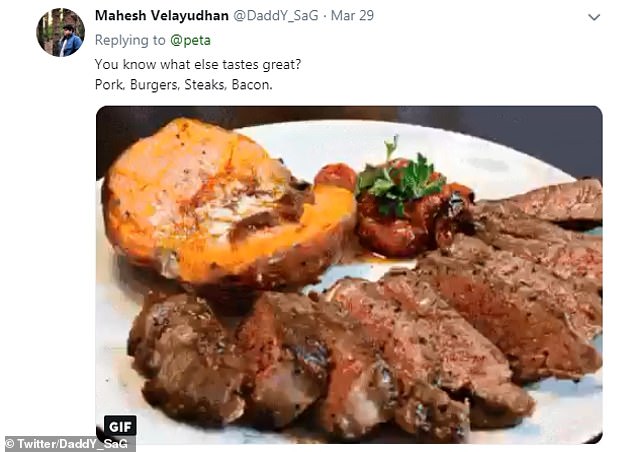 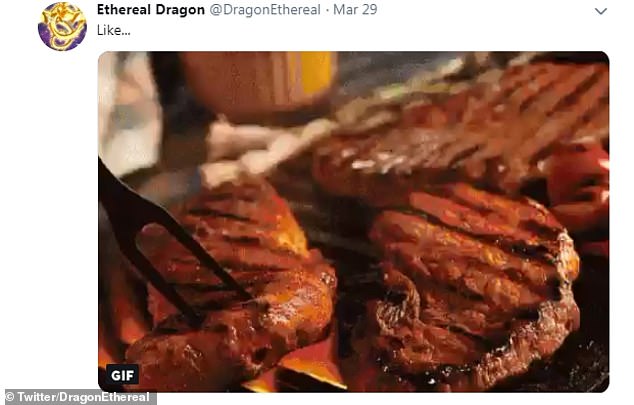