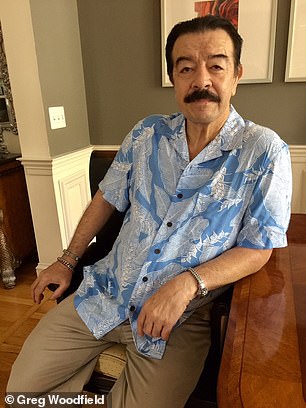 A legendary undercover DEA agent has revealed the chilling inside story behind the long-awaited new series of Narcos, which charts the rise of the ruthless Guadalajara cartel in 1980s Mexico.

Season four of the hit Netflix show out Friday focuses on boss Miguel Angel Felix Gallardo and the cat-and-mouse battle with DEA agent Enrique ‘Kiki’ Camarena, who was eventually kidnapped, tortured and killed by the cartel.

DEA legend Mike Vigil, who spent 16 years undercover in Colombia and Mexico, was best friends with the murdered agent – and nailed one of his killers in a dramatic capture after tracking him down.

In fact he was about to shoot cartel underboss Juan Ramon Matta Ballesteros when the billionaire trafficker pleaded for his life.

Mike said: ‘Ballesteros was sprawled on his back with his gun aimed at me.

‘I was about to go boom, boom, boom with my own .45 automatic when he suddenly said “don’t shoot, I can get out of jail but I can’t get out of a tomb”.’

The capture was part of the massive Drug Enforcement Administration operation to find the killers of Kiki, who had been working undercover in Mexico. 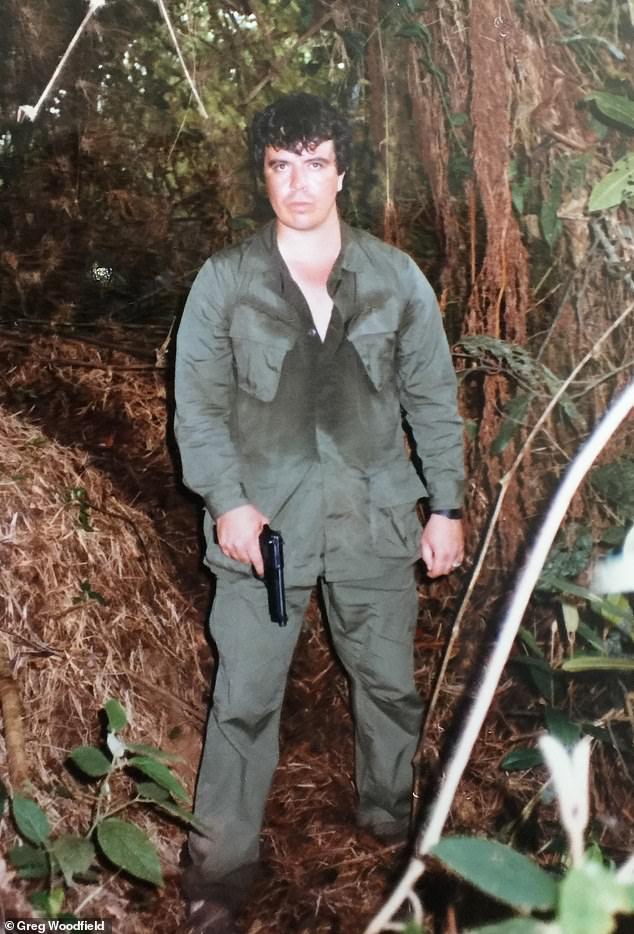 Mike, who rose to become the DEA’s head of international operations, today details those murderous times – and the unvarnished truth about being undercover with the cartels, where a nervous bead of sweat meant instant execution.

Pal Kiki was kidnapped in February, 1985, after his information led to 450 Mexican police destroying a 2,500 acre marijuana plantation that produced £6.2billion of the drug annually.

He was taken to a Gallardo’s isolated ranch and mercilessly tortured and interrogated for 30 hours before being killed.

The agent is played by American Hustle star Michael Pena in the new series, which switches focus from the rise and fall of Pablo Escobar in Colombia.

Diego Luna plays Gallardo, who nurtured a young Joaquin Guzman, the eventual cartel boss who was to find infamy as El Chapo and is on trial this week in New York.

Mike, who spent three years undercover fighting cartels in Colombia and 13 years doing the same in Mexico, said: ‘Kiki became a great friend of mine after we started working together in the late 1970s.

‘When his wife Geneva reported him missing there was sense of dread and foreboding in the agency. We didn’t know what had happened.

‘There had been a lot of threats by the Guadalajara cartel and they had already machine gunned some of our cars. When we discovered he had been tortured and killed our foreboding turned to outrage.’ 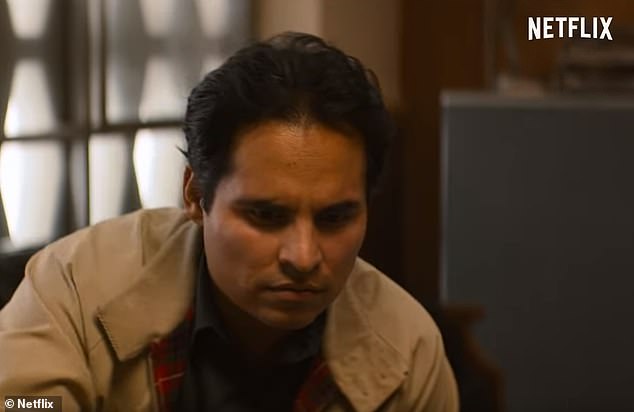 Mike continued: ‘We started a worldwide manhunt, determined to turn over every rock on the planet to find who killed him, because they had gone to ground.’

But there was another drug lord also in the DEA’s sights, Ballesteros.

Mike, who had switched from Mexico to the Colombian city of Medellin by the time Kiki was snatched, picked up an intriguing call at one of the many phone intercept centres he set up in the country.

The owner of a house under surveillance in the Caribbean coastal city of Cartagena was out but rang his maid and said ‘Senor’ would be arriving.

Mike said: ‘The deference the guy was giving Senor you would think it was the second coming of Christ. So I got over there and after some considerable surveillance an SUV pulled in with two individuals. I couldn’t see faces, but to me one had to be Ballesteros.

‘I decided to hit the place and got the local police colonel to load a truck with heavily-armed officers. But he makes the mistake of just driving up to the house.

‘There’s no surprise now so the colonel rapped on the door and the maid came to the window looking scared. Then I saw Ballesteros there too.’

The former DEA agent continued: ‘I smashed the door in. It led to an open courtyard and Ballesteros was already running with a 9mm pistol in his hand. 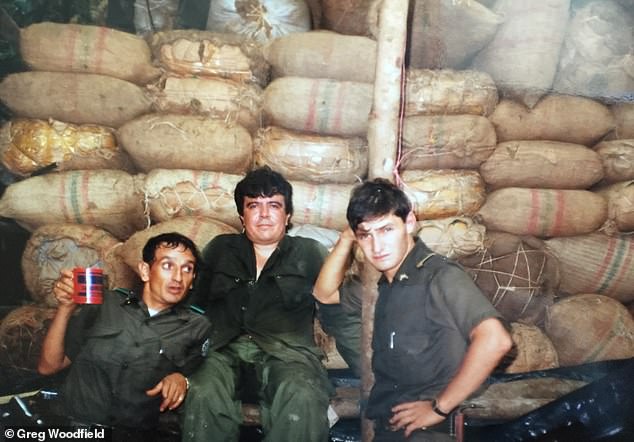 ‘He was sprinting to the back and jumped over a wall. But he fell between that wall and a second one, which he couldn’t negotiate so he was trapped. I got over the first wall and he was on his back with his pistol pointing up at me.

‘That’s when I was about to pull the trigger. I thought, I’m not going to wound him. I’m going to kill him.

‘He had his gun on me and it was kill or be killed. I also thought it would save a lot of grief for everyone if he was departed. That’s when he pleaded for his life.’

Ballesteros was bundled into the house. And then came an unexpected twist.

‘He turns to me and says “if you release me I’ll give you $3million and I can have the money here in 20 minutes”,’ said Mike.

‘And I said “screw you, there’s no deals. You’re going to jail”. He would have got the money no question, $3million to him was like $10 to anyone else.’

Former US marine Kiki was 37 and working out of the DEA’s office in the city of Guadalajara when he was kidnapped in broad daylight by corrupt cops working for Gallardo.

His captors recorded his interrogation and torture in sickening tapes, which were discovered on Fonseca when he was eventually arrested.

‘I listened to them and Kiki showed outstanding bravery during his horrific ordeal,’ said Mike. 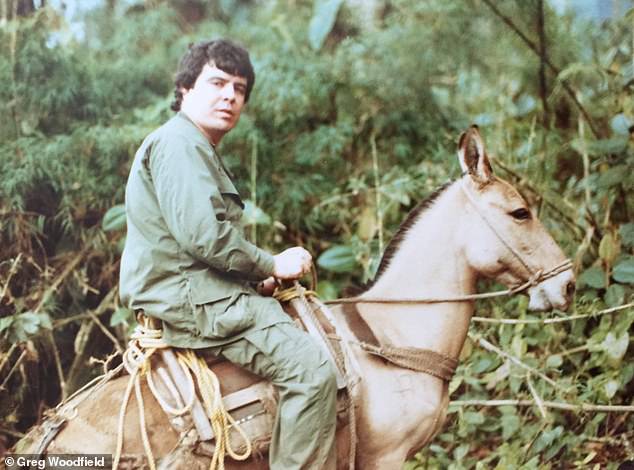 ‘His torturers tried to get him to identify DEA informants in Mexico and he constantly deflected the questions with vague answers.

‘Several times he passed out because of the torture and they had a doctor on hand to revive him. Kiki told them he knew they would kill him.’

Drugged and tortured with a cattle prod plus savage beatings, Kiki held out.

Mike continued: ‘They were doing inhuman things to him. Sticking things up him and other appalling torture.

After more than 30 hours Rafael Caro Quintero came to the ranch house.

Mike said: ‘According to one of the witnesses, he was high on cocaine. He walked up to Kiki and hit him on the head with a piece of pipe. That was the death blow.

‘Fonseca, older and wiser than Quintero, then showed up and saw Kiki was dying. He slapped Quintero on the face and told him, “this is your baby, you live with it”.

‘That’s because he knew killing a US federal agent was going to bring the full force of our government against them. He was smart enough to know that. Quintero was much more brazen and thought get away with anything.’

Ballesteros was conclusively tied to the horror when strands of his hair were found in a drained swimming pool at the kidnap ranch.

Mike, who spoke Spanish while growing up in Espanola, New Mexico, spent years dicing with death to snare cartel kingpins as he passed himself off as a Mexican trafficker. 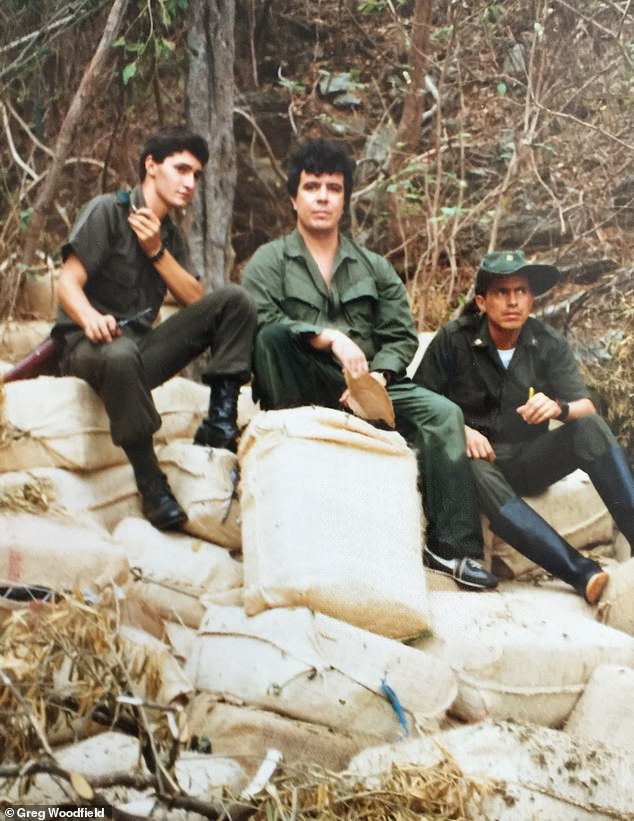 ‘When you are sitting across a table from cartel leaders, major drug lords, you have to be deadly calm,’ he said. ‘A bead of sweat on your brow can lead to your death, because they figure you’re too nervous. These people have no qualms, they would end your life on the spot.

‘I would expunge from my mind completely that I was a US federal agent and I converted myself psychologically into being a drug trafficker.

‘You are somebody else. The thought of anything with my past life, with my career, that was all gone. Not for one fleeting nano second did I think of my past life. I was 110 per cent drug trafficker. I acted like them, I talked like them.

He added: ‘There were times when I worked undercover with particular guys for over a year.

‘So I was with them constantly and then when you are like that you have to expect the unexpected because nothing it going to go the way you want it to go.

‘I kept calm and I made rational decisions. If you are in a panic you are not going to do that. You are going to make mistake and those mistakes can cause your death or the deaths of people with you.’

Mike won the confidence of several drug lords through his string of informants, who gained him the introductions. From these he would make fictitious deals and string them along. 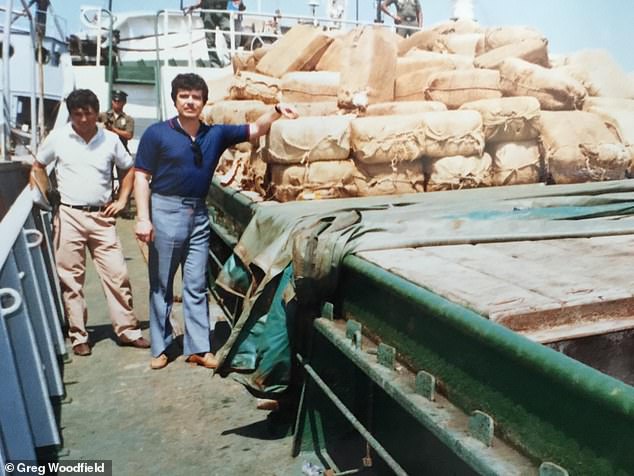 Mike, who spoke Spanish while growing up in Espanola, New Mexico, spent years dicing with death to snare cartel kingpins. Pictured: With 40 tonnes of intercepted marijuana

He added: ‘The top guys would test you all the time, asking who you know and checking you out. It’s a tightrope. If things got sticky I’d just say “no one you know”, because ultimately they are greedy people and wanted to make money.

‘And your story had match your informant’s under pressure. I would go over it repeatedly with an informant before we went into a situation. Otherwise then we got there it would be boom. The retribution is immediate.’

Often meetings or busts descended into a gun battle.

‘There were plenty of times I was involved in gunfights where we were just feet from each other,’ said Mike. ‘For some reason, I was always totally calm because I don’t believe I feared death. If someone is in a panic in that situation they miss, even from that short distance.’

However one time was a very close escape when the agent was on an undercover operation to bust a large-scale marijuana shipment near Caborca, Mexico.

He was with a trafficker waiting at a service station for a truckload of the drug to arrive when one of the Mexican cops keeping surveillance broke cover because he was getting impatient.

As Mike and the trafficker were walking across the forecourt, the officer came up and stuck his pistol into the cartel member’s chest.

‘The bad guy grabs the barrel, he’s got leverage, and he turns it around on the cop and boom,’ said Mike. 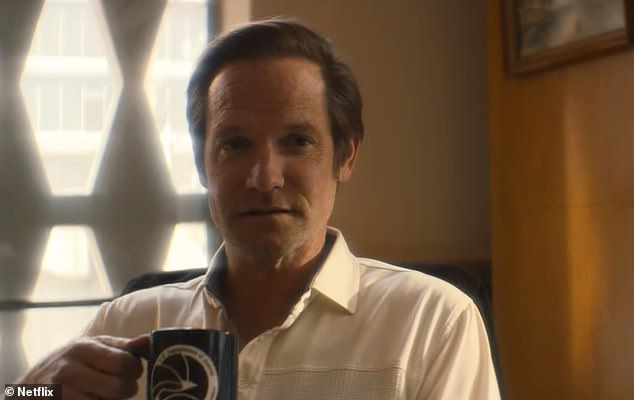 Diego Luna plays Gallardo, who nurtured a young Joaquin Guzman, the eventual cartel boss who was to find infamy as El Chapo

‘It was like in slow motion. The bullet hit the Fed in the head and I just saw a spray of dark red blood go up in the air like a fine mist.

‘And the guy turns the gun to me and fires two shots that went by my head. I could feel the breeze as they passed by my ear. I had my gun in my waistband at the back and I quickly returned fire and hit him twice in the chest.

‘He died later. Amazingly the Fed survived. The bullet missed his brain.’

Mike rose to become the DEA’s head of international operations and is one of the agency’s most decorated agents. After 9/11 he launched Operation Containment in Afghanistan to cut the flow of heroin from that country, where he remains a hero.

Now retired from the DEA, based in Arlington, Virginia, he advises on anti-terrorism and fighting drug trafficking.

But there is one area he is reticent to discuss – how many people he had to kill in the line of duty.

‘It was a lot,’ he said somberly. ‘Taking someone’s life, no matter who they are, is never easy, never comfortable.’

Those words have added poignancy considering the fate of his pal Kiki.

Mike said: ‘Kiki told his kidnappers that he had a wife and children. That didn’t matter to them, it made no difference. People like them have no problem taking a life.’