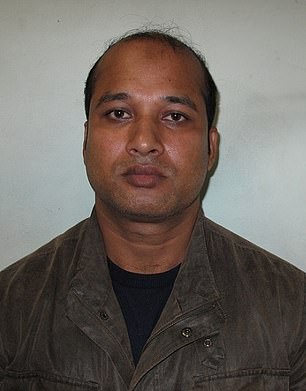 Four fraudsters behind Britain’s biggest ever visa scam which saw fake companies and bogus documents created to allow 900 illegal immigrants to stay in the UK have avoided jail terms.

Despite the scam allowing around 900 people to obtain false documents for visas the four all avoided jail terms on suspended sentences.

Another man behind the scam has fled to Bangladesh, where he reportedly ran to become an MP.

The fraudsters created fake payslips for the supposed ‘workers’ and provided false information on around 900 applications for ‘general and entrepreneur’ visas. 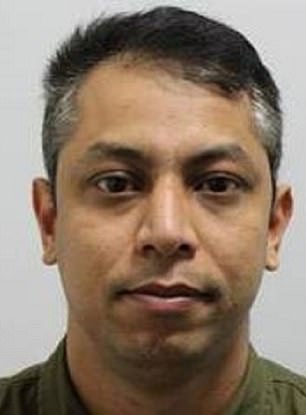 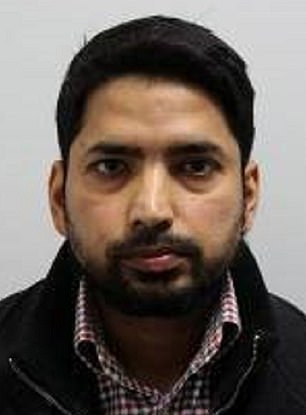 Pictures of the other three defendants who avoided jail have not been released. Enamul Karim (left) and Kazi Ullah (right) were previously jailed over the scam last year

One immigrant aided by the gang was working at a fast food restaurant while claiming that he earned £50,000 a year.

HMRC estimates that millions were laundered through the companies and their clients’ bank accounts through between 2008 and 2013.

The gang charged some people on temporary visas, and who wanted to remain in the UK, a minimum of £700 in cash for their fraudulent immigration services.

Had the fraud not been uncovered, the tax loss could have reached £16.6m, the court heard. 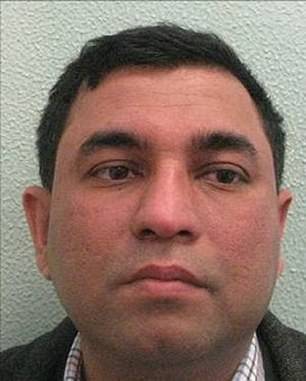 Abul Kalam Muhammad Rezaul Karim, who was previously given a jail sentence for his part in the scam, has gone on the run, reportedly to Bangladesh

‘For many people who come to this country which must be for economic reasons, there is a time-table because there comes a time where you must prove that you have substantial income to stay in the country.

‘Unfortunately, the solution for some people is that they go to some services that prove income that just isn’t there – they pay through the nose.

‘I can tell you all that although my sentence will involve jail, I’m not going to send any of you to prison today.’

Khan, of Peckham, south-east London, Haque and Begum, of Dartford, Kent, and Roxsanna, of Edmonton, north London, were all convicted of conspiracy to defraud the Secretary of State and conspiracy to cheat the public revenue.

The gang were all given suspended sentences – Khan received two years; Roxsana, 19 months, Begum, 10 months and Haque, 16 months, all suspended for two years.

Another member of the gang – law student Abul Kalam Muhammad Rezaul Karim, 42 – was given a jail term last year but has also avoided being locked up by going on the run.

Following the conclusion of the latest court case, prosecutor Maryam Arnott said: ‘This is believed to be the largest ever visa fraud that the CPS has dealt with and it is staggering the lengths these individuals went to in order to exploit the UK’s immigration system.

‘The hard work and expertise of our Specialist Fraud Division and HMRC resulted in them having to face the consequences of their crimes.’

‘HMRC worked closely with the Home Office to gather the strong evidence that has helped convict this group.

‘Anyone with information on anyone committing this type of fraud should report it to HMRC online, or call our Fraud Hotline on 0800 788 887.’