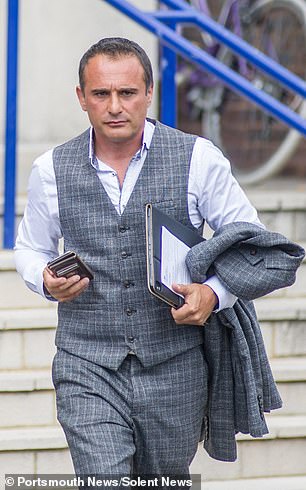 A blue badge fraudster who paid ‘thousands’ for a peerage has been ordered to cough up £560 after he tried to avoid paying up to £12 to park on a seafront.

A court heard the 51-year-old was ‘riled’ when he was asked to give his name, only for the warden to allegedly ‘laugh in his face’ when he told him he was a Lord.

Hamilton, of Ryde, Isle of Wight, then claimed his 73-year-old mother was inside a tea room on the seafront.

But the warden had already rung her to check her whereabouts and she had admitted she was miles away.

When told this, Hamilton then said she was confused and threatened to report the warden for falsely accusing him.

Portsmouth Magistrates’ Court heard CCTV footage from the area actually revealed Hamilton had met with a man in a tea room close to where he had parked on January 25 this year.

Prosecutor Ben Attrill said: ‘When it was explained to him that the CCTV had confirmed he entered and left the tea rooms without his mother he admitted he was running late for a business meeting and had therefore used his mother’s badge.

‘He apologised for lying, making accusations and wasting officer time.’ 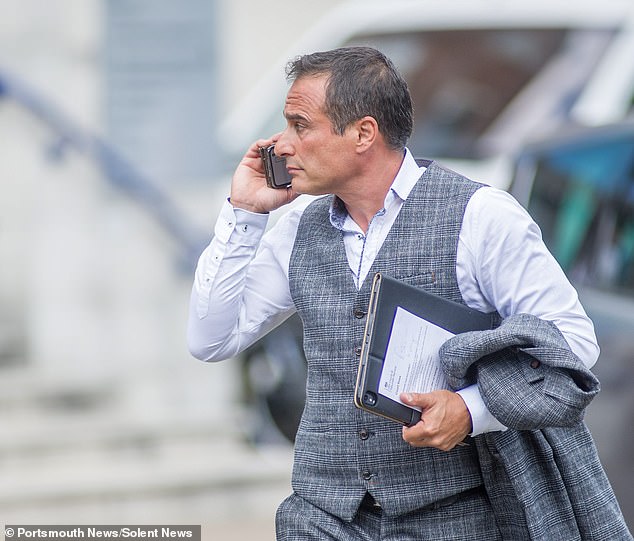 The court heard he had a string of previous convictions dating back to 1998, including reckless driving, speeding offences and playing a part in an insurance scam which involved the staging of accidents.

Representing himself, Hamilton told magistrates: ‘I can’t defend the fact that I used a disabled badge and my mother was not in the car.

‘I’m very guilty and I’m not here to waste your time.’