A security guard who stole almost £1 million from his own armoured van and kept almost all of it has been jailed for just under five years.

Joel March, 36 dumped his G4S van and gear and made off with the cash, most of which has never been recovered.

At first police thought the van had been hijacked and the driver kidnapped during the crime, in April this year, but they soon realised it was an inside job.

Officers tracked March down the following afternoon to an address nearby in Clapham and found £28,600 – but £860,440 is still outstanding. 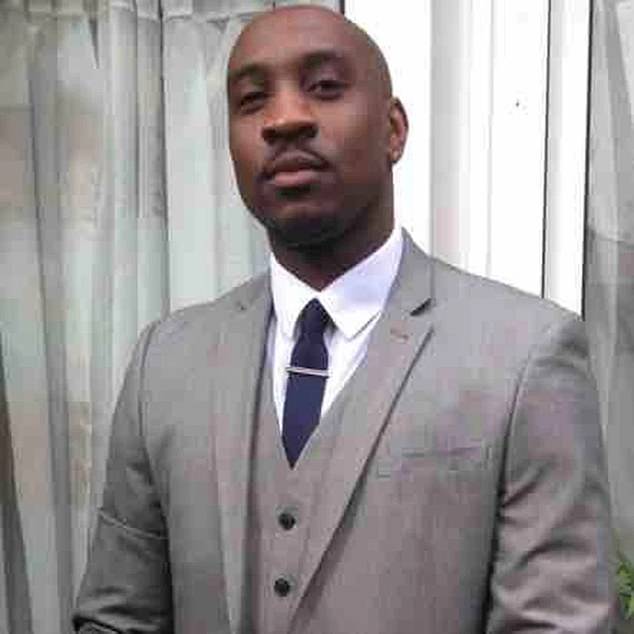 Joel March, 36 dumped his G4S van and gear in the crime in April and made off with the cash, most of which has never been recovered

He was jailed for four years and eight months in prison at Inner London Crown Court today.

Prosecutor Alex Agbamu said: ‘He stole the contents of a G4S van. He was an employee at the time and was entrusted with its contents.

‘There were 48 containers each containing large amounts of cash intended for delivery to addresses in Holborn.

‘A member of the public noticed the van had been in the same place for a long time and contacted G4S.

‘G4S had tried to make contact with the defendant and at the time there was concern for his safety.

‘At the time no one knew that the defendant had taken any cash and not such a large amount. 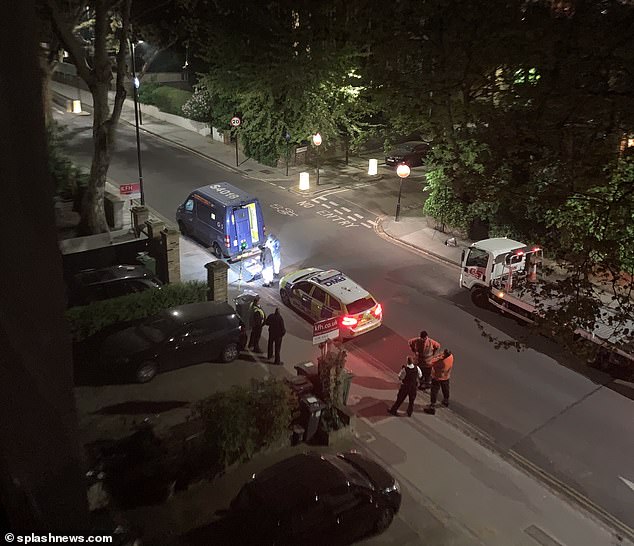 At first police thought the van had been hijacked and the driver kidnapped during the crime, in April this year, but they soon realised it was an inside job. March left his armoured G4S vehicle on a double yellow line at 9am on April 23, it sat abandoned for more than eight hours, with police arriving at 7pm that day

The van was found with the keys still in the ignition in Clapham, southwest London.

March’s body armour and mobile phone was also recovered but the guard had vanished with the money.

‘The search revealed that out of the 48 containers that had been taken from the depot, 43 had been removed, the prosecutor said.

March had already splashed some of the stolen cash on designer clothes and trainers.

‘The day after he committed the theft, with some of the cash he went to JD Sport on Streatham High Street and spent over £1,400 on sportswear and trainers.’

In his police interview, March complained about the working conditions at G4S and explained he had issues with mental health. 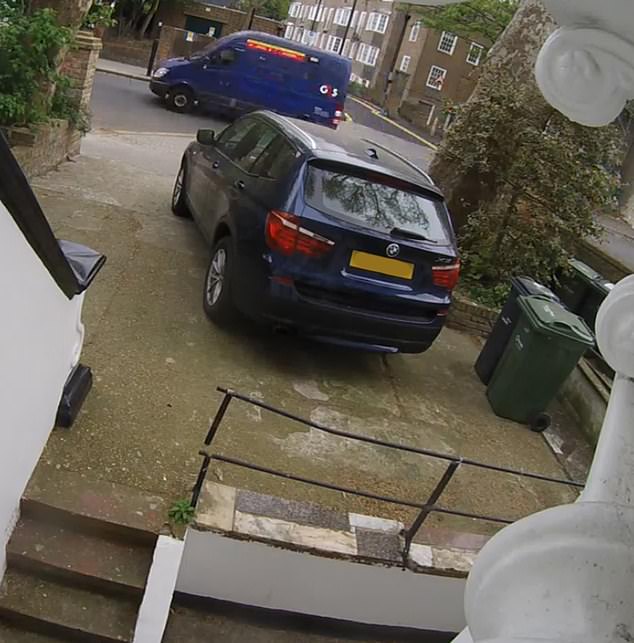 Officers tracked March down the following afternoon to an address nearby in Clapham and found £28,600 – but £860,440 is still outstanding. Above: March’s van arriving on the morning of April 23

‘He said he had recently been under a lot of stress and felt underpaid and overworked contributing to his stress of breaking up with his partner,’ said Mr Agbamu.

‘He had previously suffered from bipolar disorder and depression – since March he felt he was beginning to relapse but he kept it to himself.’

‘There is, on the face of it, no explanation for why he did what we now know he has done.’ Passing sentence at Inner London crown court Judge Usha Karu said: ‘This was not an impulsive, spur of the moment act, Mr March.

‘It may not have been a particularly sophisticated act but it was planned – this was a high value theft.

‘You have still not revealed the location of the money.

‘It has been said that you were feeling disillusioned and were tired that morning and took the money.

‘There is no suggestion by the psychiatrist that you had relapsed at the time of the offence.

‘There is no other explanation for this offence other that greed.

Father of three March, of Rectory Grove, Clapham, pleaded guilty and was convicted of one count of theft by employee and a further count of concealing the proceeds of crime.

He was sentenced to four years eight months in jail.

Olympic security shambles and chaos behind bars: How British firm G4S has been embroiled in controversy after it was formed in 2004

British multinational G4S, which was formed in 2004 after a merger between London based Securicor and Danish firm Group 4 Falck, has been dogged by controversy in recent years.

The firm, based in Crawley, operates in more than 90 countries and has more than 570,000 employees, and has been at the centre of accusations of mismanagement and malpractice.

In 2012, they were embroiled in controversy surrounding the London Olympics over its handling of security for the event.

The firm was contracted to provide more than half of the near 24,000 security staff required for the event but, only 16 days before the Games began, it admitted it had not managed to recruit enough people. 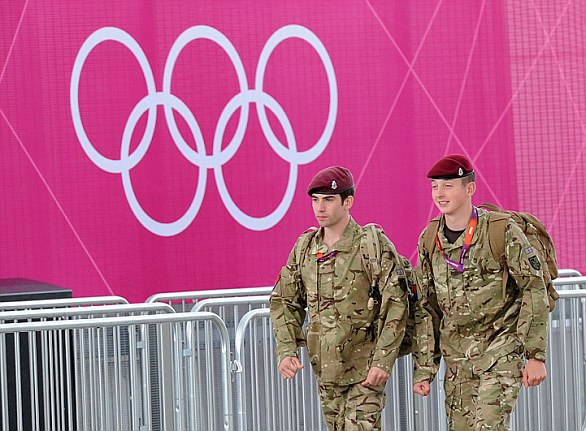 G4S was contracted to provide more than half of the 24,000 security staff required for the London Olympics, but  days before the event began it admitted it did not have enough staff and military personnel had to be drafted in

It meant an extra 3,500 military personnel had to be drafted in.

G4S’s then head, Nick Buckles, described the situation as a ‘humiliating shambles’ when he appeared before a parliamentary committee.

The following year it emerged they had been overcharging the Ministry of Justice for the electronic tagging of criminals. It was forced to pay back £109million.

In October 2010, 46-year-old Jimmy Mubenga died from a heart attack while he was being restrained by three G4S security guards on a deportation flight bound for Angola after he served a tywo year sentence for assault. 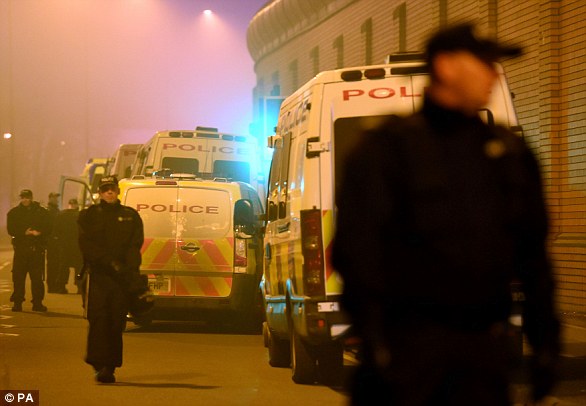 Last year the Ministry of Justice had to take control of HMP Birmingham back from G4S after a damning report into conditions in the privately-run prison. Pictured: Riot police outside the jail after a disturbance in 2016

In July 2013, an inquest jury said that Mr Mubenga was unlawfully killed by the guards restraining him.

In September 2017, nine members of staff were suspended from the Brook House immigration centre near Gatwick Airport, which was run by G4S.

An investigation for the BBC’s Panorama recorded employees ‘assualting and abusing’ detainees.

In 2015 there another Panorama probe sparked criminal proceedings against eight staff who worked at the Medway Secure Training Centre – a prison for young people.

In May 2016, G4S handed control of the youth jail back to the Ministry of Justice.

Last year the Ministry of Justice had to take control of HMP Birmingham after a damning report into conditions in the privately-run prison.

It became the UK’s first public jail to enter private hands when G4S was awarded a 15-year contract to operate it in 2011.

Peter Clarke, the chief inspector of prisons, reported a ‘dramatic decline’ in standards since HMP Birmingham was last assessed in February 2017.

It had earlier emerged that G4S spent £500,000 on changing locks at the prison after  guards lost all the keys – just days after it took control of the jail.