A gang who posed as police officers to kidnap a man before torturing him for 18 hours as part of a £200,000 ransom plot have been jailed for a total of 38 years.

The man was beaten with metal batons, stabbed, attacked with a machete, burnt with an iron and had boiling water poured over him during the terrifying ordeal.

At one stage his family were forced to listen to his agonised screams as the gang demanded a £200,000 ransom payment.

The gang attended the home of the man, who cannot be named for legal reasons, and after an alleged ‘search for evidence’ put him in their stolen Audi A3. 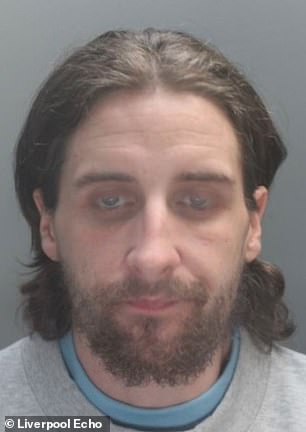 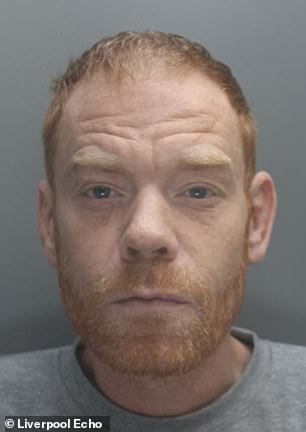 Gang members David Kelly (left) and John Hayter (right) posed as police officers to kidnap a man before torturing him for 18 hours as part of a £200,000 ransom plot 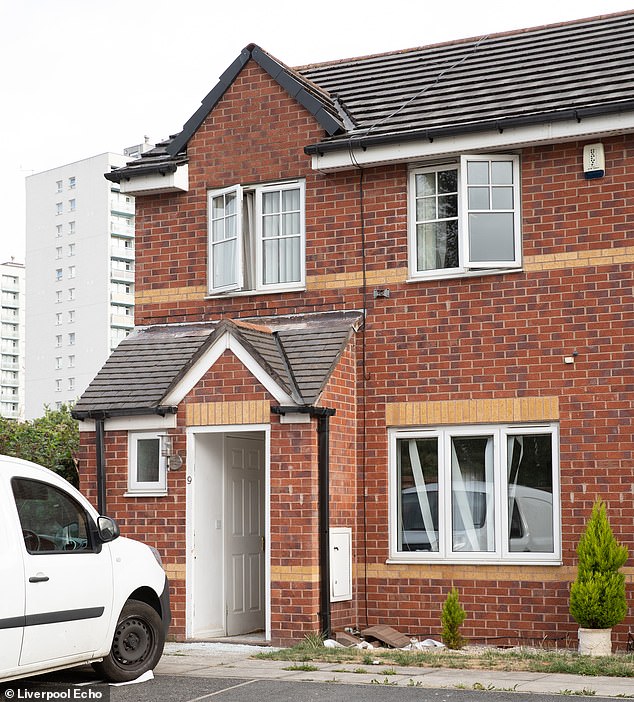 The victim was tortured with an array of weapons, at first in a park in Whiston and then in a house in Huyton (pictured), until he was finally rescued by genuine police

However the father, who thought he had been genuinely arrested, was then struck by a metal pole and told ‘we are not police officers; it is going to be a long night’.

The victim was tortured with an array of weapons, at first in a park in Whiston and then in a house in Huyton, until he was finally rescued by genuine police.

At Liverpool Crown Court, David Kelly, Liam Field, John Hayter and a 17-year-old youth were sentenced to a total of 38 years in prison.

The father told the court he sometimes he thinks ‘it would have been easier if I had been killed’ due to the physiological damage caused to him and his family.

In a victim impact statement, he added: ‘I don’t see a light at the end of the tunnel. I don’t see how my life will ever be normal.

‘I am constantly reminded by what happened to me. I fear when I go out at night I will be kidnapped. 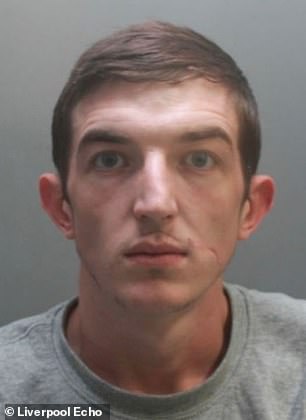 Liam Field (pictured) was sentenced to 12 years and nine months for kidnap, false imprisonment and GBH with intent

‘My marriage is at breaking point, I feel unable to keep my family safe. There is nothing I can do to make it better.

Sometimes I think it would have been easier if I would have been killed. The damage they have caused to me and my family is massive. I will have to live with this for the rest of my life.’

Meanwhile the victim’s distraught wife, who also cannot be named, told how she now struggles to be a good mum and how her children suffer with anxiety.

She said: ‘I have never felt unable to keep my children safe…now I am unsure about our futures. My children have missed out on their schooling, they suffer with anxiety.

‘Their confidence has been knocked. If I was ever asked would you change your life I would have said no. Now I wish I could delete the last eight months of my life.’

Kelly and Field were involved in the ‘pre-meditated and sophisticated plan’ from the outset and with three other men kidnapped the man.

Meanwhile Hayter provided the gang with a ‘safe house’ to continue their torture, where the 17-year-old youth was also present.

Prosecutor Peter Hussey detailed the father’s injuries and said: ‘The victim suffered a series of injuries including burns to his shoulder and elbow after boiling water was poured on him, his left eye had been gouged by a piece of wooden pole, he had been cut with knives, had swelling to his face, a fractured arm and lacerations to his kneecaps.’ 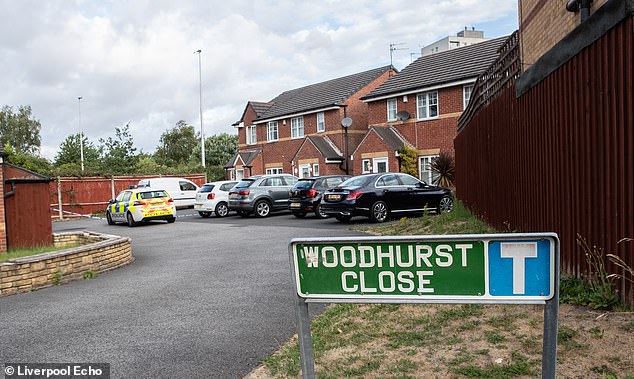 Hayter provided the gang with a ‘safe house’ to continue their torture, where the 17-year-old youth was also present

On sentencing, Judge Gary Woodall said: ‘Your victim is now unable to breathe properly [because of the injuries he sustained] and has problems sleeping.

‘His physical scars are a constant reminder of what happened.

‘These events have pushed his wife and their marriage to the brink and she said her husband is now a shell of the man he was.

‘Their children suffer nightmares. The ordeal has left the family feeling like they have been punished.’

Kelly, 28, of Bootle, was sentenced to 13 years and six months for kidnap, false imprisonment and GBH with intent.

He was also sentenced to 10 months for aggravated vehicle taking and dangerous driving which he will serve consecutively to his 13 years and six month sentence.

Field, of Kirkby, was sentenced to 12 years and nine months for kidnap, false imprisonment and GBH with intent.

Hayter, of Huyton, was sentenced to eight years and one month for false imprisonment and GBH with intent.

The 17-year-old defendant was sentenced to four years for false imprisonment.

He was also sentenced to 12 months to run consecutively for a separate offence of possession with intent to supply heroin and crack cocaine.