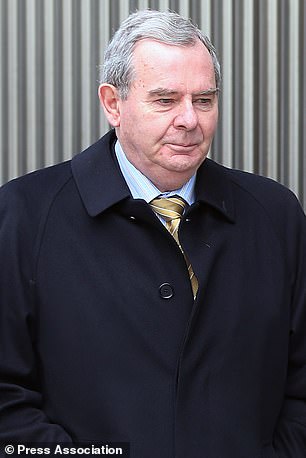 A convicted criminal considered a key suspect in the kidnapping and torture of a Northern Ireland businessman has died during a police raid in England.

The suspect, understood to be notorious gangster and smuggler Cyril McGuinness, was taken ill while Derbyshire Police were searching a house he was staying in in the Buxton area on Friday morning.

The raid was part of a co-ordinated series of search operations, mainly focused on the Irish border area, linked to the brutal attack on Quinn Industrial Holdings (QIH) director Kevin Lunney in September.

Mr Lunney, 50, was abducted outside his home near Derrylin, Co Fermanagh, and taken to a horsebox across the border, where he was savagely beaten.

His attackers broke his leg, sliced his fingernails and face with a Stanley knife, carved QIH on his chest, and doused the father-of-six in bleach.

The attack, during which his assailants demanded his resignation, was the most serious in a five-year campaign of intimidation targeting the companies and directors that now control the business portfolio which was built up by fallen tycoon Sean Quinn, once Ireland’s richest man.

The Independent Office of Police Conduct (IOPC) has launched an inquiry into the circumstances of McGuinness’s death.

It is understood police discovered documents, laptops and other evidence at the Buxton property where McGuinness collapsed.

A source said the evidence found at the house would form a key part of the investigation into the attacks and would be examined to establish whether it can be linked back to any ‘paymaster’ funding the campaign.

‘It looks like the house where he was hiding out was his headquarters for storing data and information,’ said the source.

The source said McGuinness thought he was in a safe house and had not come to the attention of police in the UK.

‘He had been lying low and was not expecting to be caught,’ said the source.

At a press conference in Dublin to announce that police had launched an all-Ireland joint investigation into the QIH attacks, Police Service of Northern Ireland Assistance Chief Constable Mark Hamilton described the death as ‘very regrettable’. 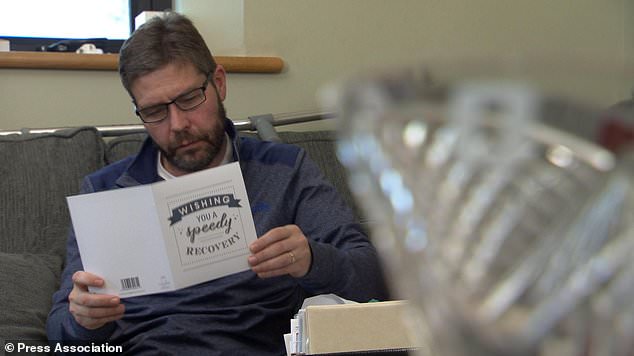 Kevin Lunney was abducted from his home in Co Fermanagh

‘The PSNI commissioned a search in England with the support of the police officers there and a report has been that a man has died, which is very regrettable,’ he said.

‘That is now a matter of investigation in England separate to this ongoing inquiry.’

McGuinness, originally from the Derrylin area, went by the nickname ‘Dublin Jimmy’.

It is understood he was being treated as a main suspect in the investigation into Mr Lunney’s abduction.

It is thought that McGuinness, who was well known to the authorities on both sides of the border, was ‘lying low’ in England amid the intense public and police focus on the crime.

In a statement Derbyshire Police said: ‘Our officers carried out a search warrant at an address in Buxton this morning, on behalf of the Police Service of Northern Ireland.

‘Shortly after that warrant was carried out at 7.30am, a 54-year-old man inside the property was taken ill.

Commissioner Drew Harris and Assistant Chief Constable Mark Hamilton PSNI at a press briefing into the investigation into the abduction of Kevin Lunney at Garda Headquarters today pic.twitter.com/YDGzrrbgA5

‘Despite our officers administering first aid at the scene and requesting support from paramedics, the man later died.

‘We have referred ourselves to the Independent Office of Police Conduct (IOPC), which has now launched an independent investigation into the circumstances.

‘As a result, we are unable to make any further comment.’

Mr Lunney spoke publicly about his ordeal for the first time this week in a powerful TV interview.

A sinister element in the community in the Fermanagh/Cavan border area, where the QIH companies are based, continues to vent anger at the demise of Mr Quinn’s empire.

The Quinn family have consistently condemned and distanced themselves from those attacking the new owners.

Prior to Friday, no-one had been arrested, with police on both sides of the border under mounting pressure to bring the perpetrators to justice.

Mr Hamilton was speaking at Garda headquarters with Garda Commissioner Drew Harris to announce that police and prosecutors on both sides of the border had agreed to establish a landmark ‘joint investigation’ into the intimidation campaign.

Mr Harris described the agreement, which will be overseen by EU law and order agency Eurojust, as an ‘important advance’.

‘These (attacks) have been obviously a subject of public concern lately and we want to be seen to act in a strong and robust way to show that there’s no room for criminality anywhere on the island of Ireland and that, as police services, we are co-operating in the strongest fashion possible to bring the perpetrators to justice,’ he said.

On the reported death in Derbyshire, Mr Harris said: ‘That is our understanding, but that matter happened within a search in England and that is being pursued by the authorities there.’

Asked if the joint investigation would be targeting the ‘paymaster’ behind the intimidation campaign, Mr Hamilton urged ‘patience’.

He said Friday’s searches represented ‘one phase’ of the probe and there would be ‘other phases to come’.

Mr Hamilton added: ‘We have made a significant effort to try to make sure the people of Fermanagh feel safe during this period and we are working very collaboratively on both sides of the border to do that.’

‘These are well-resourced investigations, they are proceeding, they are making progress,’ he said.

‘At the same time, we have made a commitment to the policing of Co Cavan and to assure the people of Co Cavan that the rule of law will prevail.’

Kylie Minogue cancels The Golden Tour concerts in Dublin and Belfast due to nasty throat infection
Jeremy Corbyn filmed watching as 'immoral' Jews are accused of 'celebrating' Palestinian deaths
U.S. officials tell Democrat Sanders Russia is trying to help with his presidential 2020 campaign
Three people are wounded in stabbing on shopping street in The Hague
African Plume heatwave could make this Britain's hottest July EVER
Inmates take over a wing at HMP Long Lartin in Worcestershire
JANET STREET-PORTER: Are the advert police really serious about gender equality?
Lord Lucan is 'FOUND by son of nanny he murdered': Fugitive peer 'is tracked down to Australia