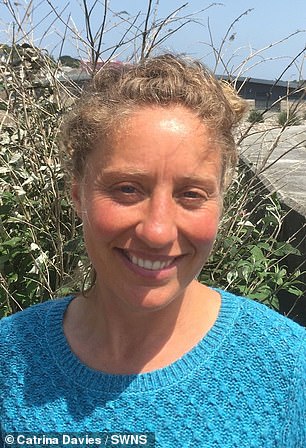 Catrina Davies, 40, has lived in a shed in Penzance for six years

A woman claims she has been forced to live in a shed for six years because she can no longer afford to live in her home town.

Catrina Davies, 40, returned to Penzance in Cornwall after spending years away and decided to camp in a shed while she found her feet.

But she soon realised that she couldn’t afford any properties due to the region’s crippling second home market and ended up staying in the shed longer than anticipated.

Now after six years, the musician and author admits she isn’t likely to find anywhere else other than the shed which is on private land she owns with her sisters.

She said: ‘I was living in a shared house in Bristol and I kind of ran away back to the shed which used to be my dad’s office in the 90s.

‘I camped in it. It was supposed to be temporary but then I realised there was very little option for me.

‘I really wanted to be here because it feels like home. I am lucky because I had access to this shed.’ 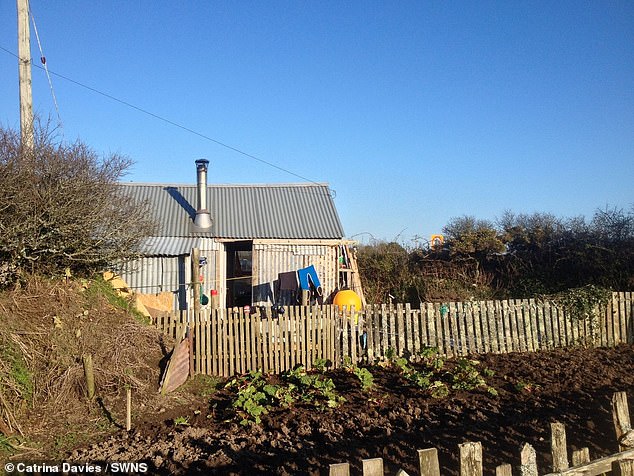 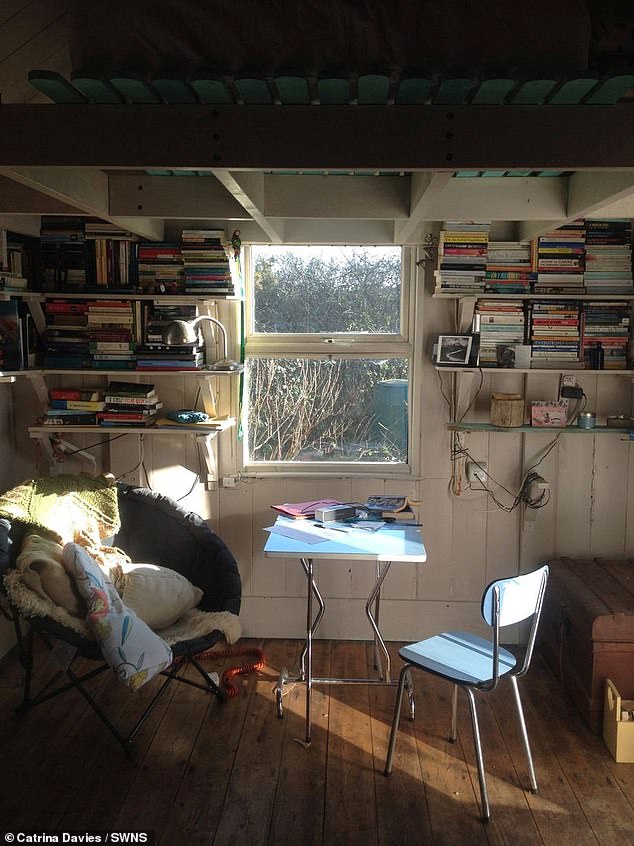 Ms Davies has just written a book called Homesick: Why I Live In A Shed, which explores the challenges she faced moving back to Cornwall

She feels that while the housing crisis is a global problem, it’s a particular issue in Cornwall where second homes price local people out of the market.

Properties currently on the market in Penzance are on sale for nearly £1million.

A 2018 survey carried out by Hamptons revealed eight per cent of the houses in Penzance are second homes.

In recent years, locals have protested the dominance of second homes across Cornwall which have affected businesses and homeowners.

‘For a lot of people growing up here it is hard to leave because you do fall in love with the landscape.

‘Twenty years ago you could probably buy a small flat in Cornwall for £20,000 but now it would cost £200,000 and wages have not changed very much at all.

‘I’m paid a bit more but nowhere near enough.

‘It is beginning to polarise people because the life you can expect to live is very different depending on whether you bought a house 20 years ago or you didn’t.’

Ms Davies has just written a book called Homesick: Why I Live In A Shed, which explores the challenges she faced moving back to Cornwall. 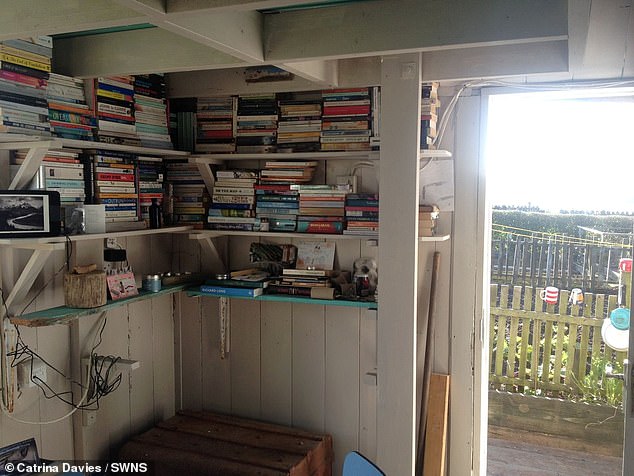 She continued: ‘I wanted to write something that is not about a utilitarian view of the housing crisis – of people in boxes – but that explored the human side of housing, which is about a relationship with a place and the things that housing offer that is not practical, but emotional.

‘It is about having shelter and autonomy and security.’

While the shed gives Ms Davies somewhere to live, it’s a precarious lifestyle and her future in the tiny space is uncertain.

She has applied for a lawful development certificate from Cornwall Council to enable her to continue living there in the future.

She said: ‘Mustering up the courage to do this application took years.

‘I hope very much that it will be OK.’