Scores of tennis lovers have descended on SW19 hoping that yesterday’s thrilling Coco Gauff comeback will build into a Wimbledon Super Saturday as highly anticipated titan duo Andy Murray and Serena Williams take to the court in the mixed doubles.

British players Harriet Dart, Johanna Konta and Dan Evans are also set to appear before the big weekend crowds as the tournament enters its sixth day.

A string of celebrities have also started to filter into the stands, including England manager Gareth Southgate and Olympic champion Sir Mo Farah.

Fans are also camped outside the All England Lawn Tennis Club in the famous Queue with the hope of snapping up the limited number of tickets released each day. 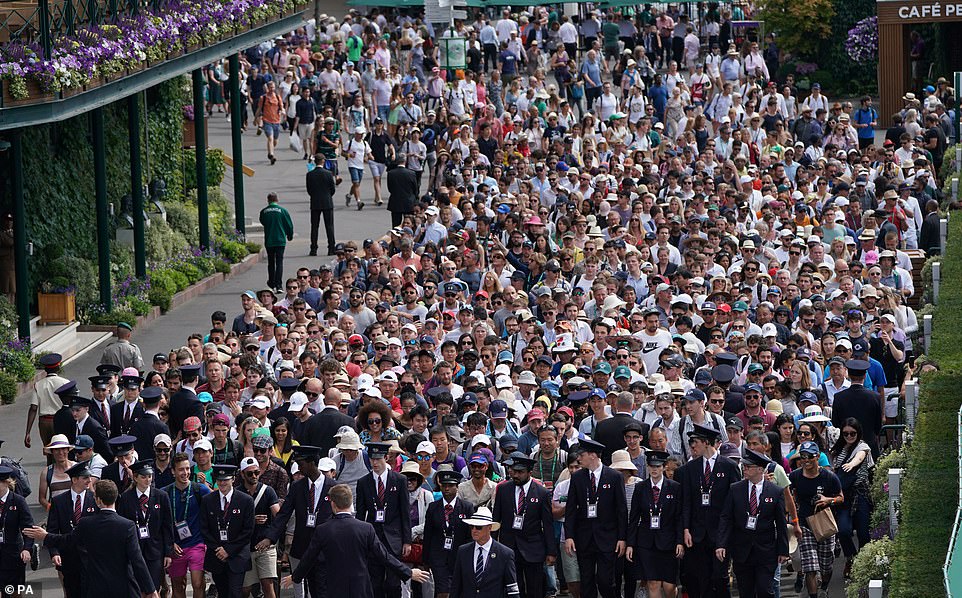 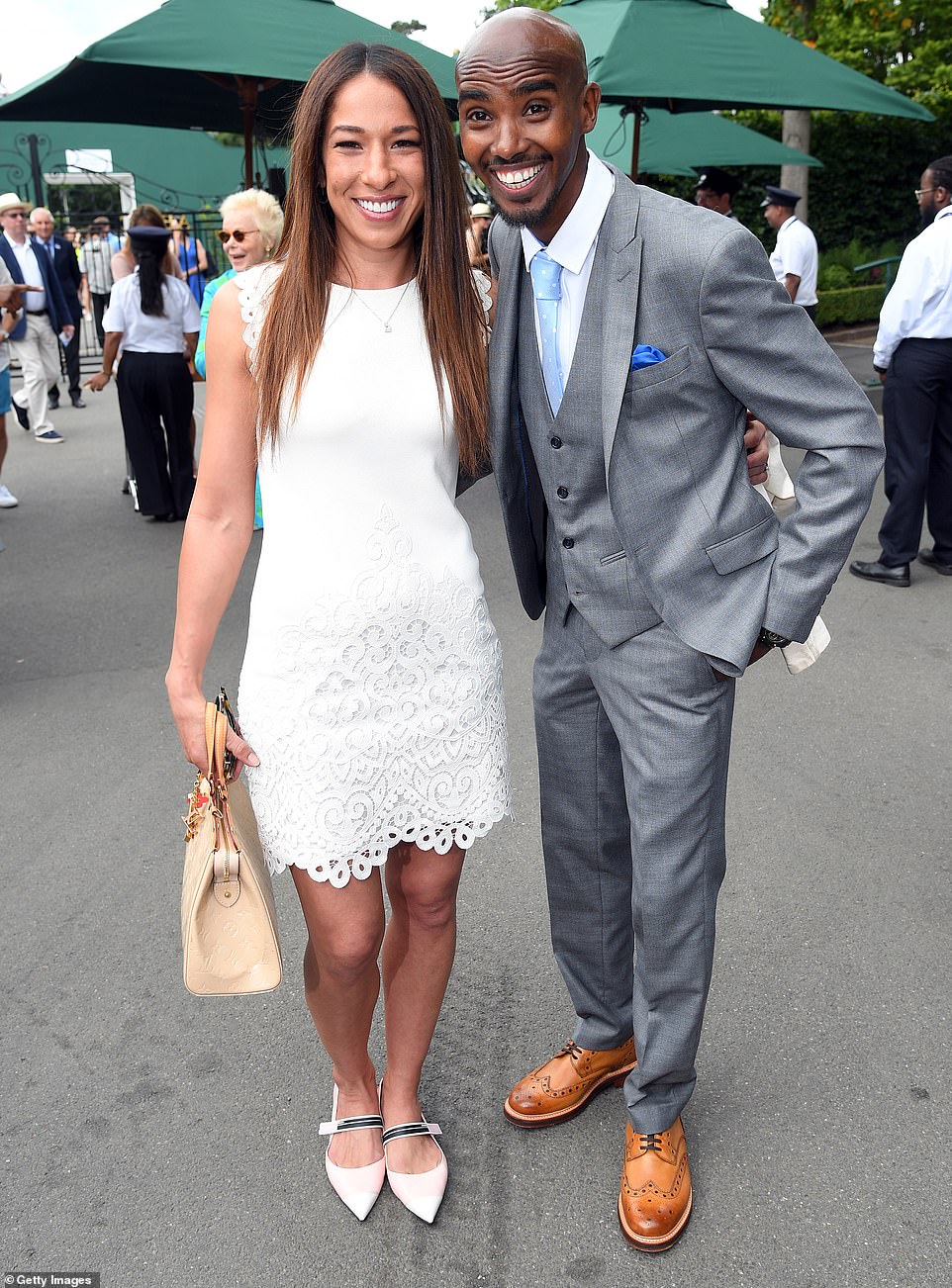 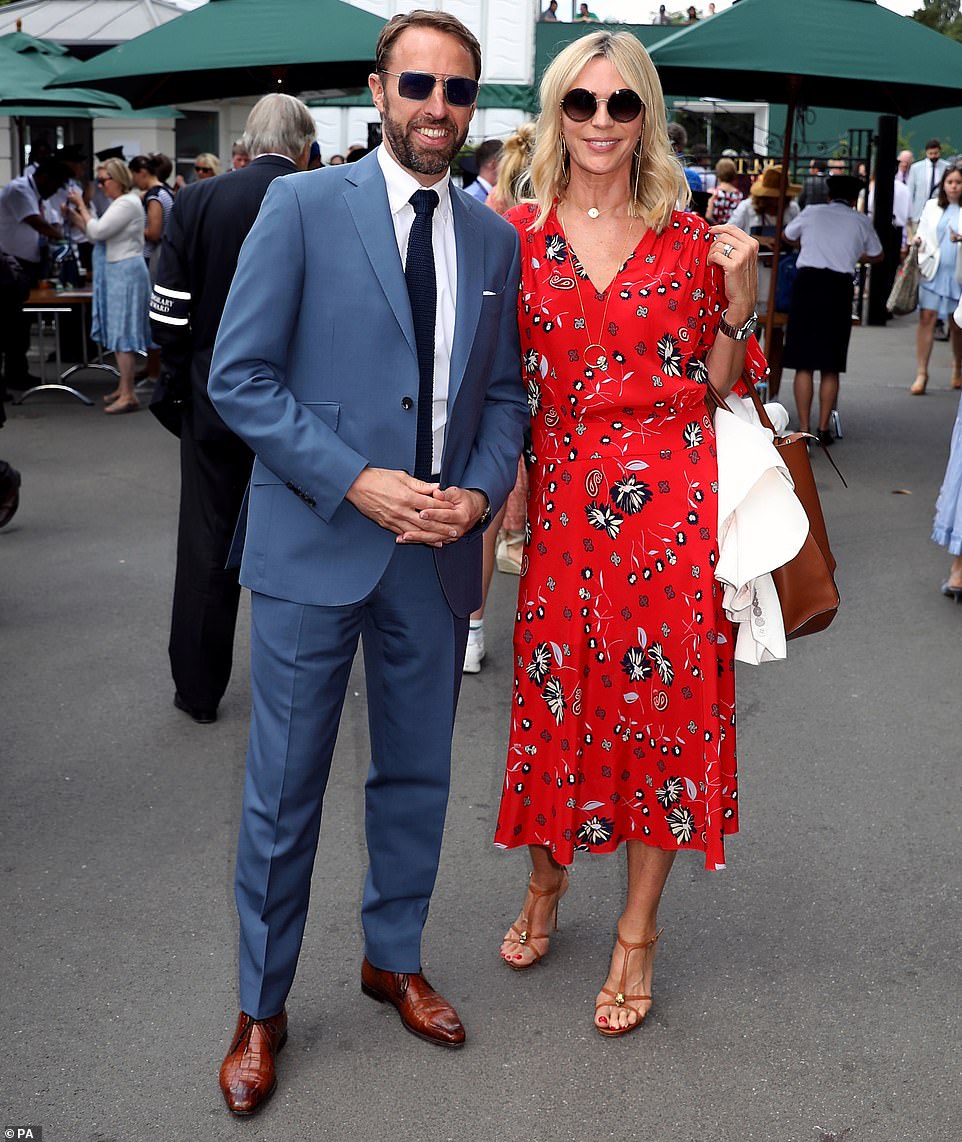 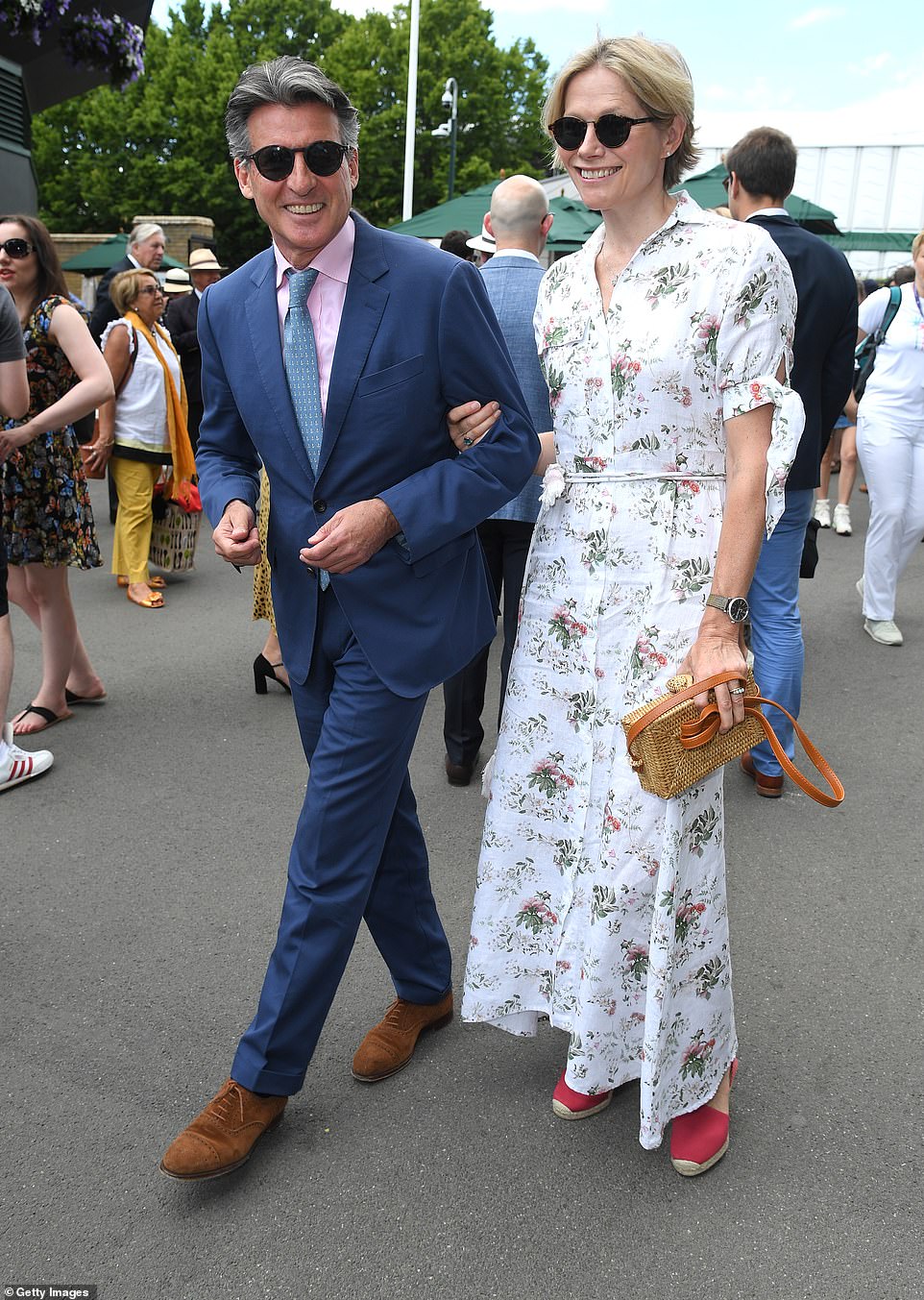 On Centre Court this afternoon, Harriet Dart faces a mammoth clash with the number one seed, Australian Ashleigh Barty.

Harriet Dart will take on Australian number one seed Ashleigh Barty in the opening match on Centre Court on Saturday.

Over on No 1 Court, Johanna Konta will face American Sloane Stephens before Dan Evans plays against Joao Sousa from Portugal.

Andy Murray’s appearance alongside Serena Williams in the mixed doubles competition was postponed late on Friday.

The All England Club has again listed the match as ‘to be arranged’ on the Saturday schedule, but Murray is also due to take part in the men’s doubles on No 2 Court in the afternoon.

Met Office forecaster Marco Petagna said there was a risk some rain could affect play for the first time this tournament on Saturday.

He said: ‘The morning’s looking like it could be off to a lovely sunny start.

‘We will see the cloud gradually build through the morning, so by the start of play it will be quite cloudy – but still dry at that stage.

‘Towards the end of the afternoon, there’s a 30 per cent to 40 per cent chance of some rain developing.’

Mr Petagna said the worst of the weather could come between 5pm and 9pm, with the clouds also likely to affect the evening light.

The temperature is expected to reach up to 23C.

Remember Gove now, Mr President? Photo shows Trump being interviewed by the environment secretary
Chris Watts got breakfast after disposing of wife and kids' bodies
Police hunting missing student Libby Squire, 21, find body in Humber Estuary
Cape Town road worker sent cartwheeling into the air after being ploughed into by an overtaking car
Spain delivers vicious swipe at May amid threat to BLOCK Brexit deal
Brigitte Macron looks chic in a stylish white blouse and blue jeans
Orthodox rabbis in Israel are outraged at 'desecration of the Sabbath by Eurovision Song Contest'
PICTURED: British teacher, 63, who died on an easyJet flight from Gatwick to Malaga