A gay pensioner fears he will be deported back to Malaysia, where homosexuality is a crime, because he has not got a boyfriend to prove his sexual orientation.

Yew Fook Sam, 67, believes he risks being thrown in jail, beaten up or even killed if he is forced to return to the Asian country which he left in 2005.

But despite being active in the LQBT community in Liverpool, immigration officials claim the father-of-two has lied about his sexuality to stay in the UK, highlighting his current single status as ‘proof’.

Sam said: ‘I was so disappointed and depressed after being told that I was not gay. How can I prove it?’ 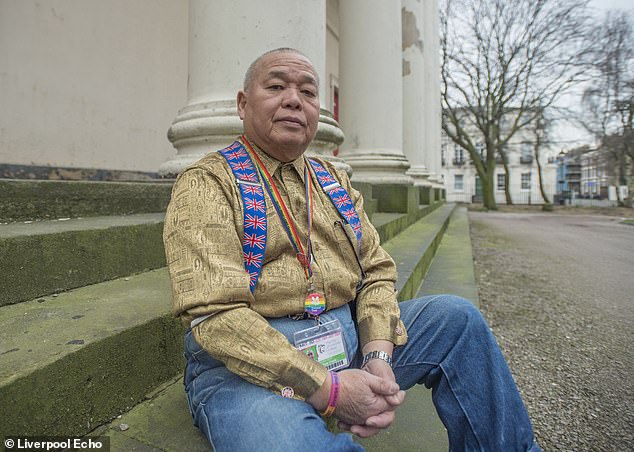 Yew Fook Sam, 67, is in danger of being deported because immigration officials doubt his homosexuality because he has not got a boyfriend. He fears if he is sent back to Malaysia he could be killed

‘But I am part of so many gay associations and have attended and worked as a steward at Pride festivals in Liverpool – and I want to be able to die openly as a gay man, not go back to Malaysia and keep it a secret.

‘I have been photographed on marches here and I would be in danger of being arrested – and attacked by members of the public. I fear I could be killed if I had to go back.’

Sam’s legal status in the UK is hanging by a thread and he currently has to report to immigration officials every fortnight and fears he could be detained at any of of these meetings.

He arrived in this country in 2005 on a visit visa and remained while working in the south of England.

In 2016, he was arrested for working illegally and detained for 10 months in an immigration centre before being housed in Home Office accommodation in Liverpool in 2017 and later in Kirkby, where he currently lives.

A judge sitting at an Immigration and Asylum Chamber said: ‘Taking all of the evidence in the round, I do find the appellant is not a homosexual as he claims.’

This verdict was repeated by a judge in the Upper Tribunal who stated that the original judge ‘provided detailed and cogent reasons for finding that the appellant’s account of his sexuality was not a genuine and credible one, identifying numerous inconsistencies and discrepancies in his account…’

Sam says he lived a lie in Malaysia, where he got married at the age of 30 and had two children. 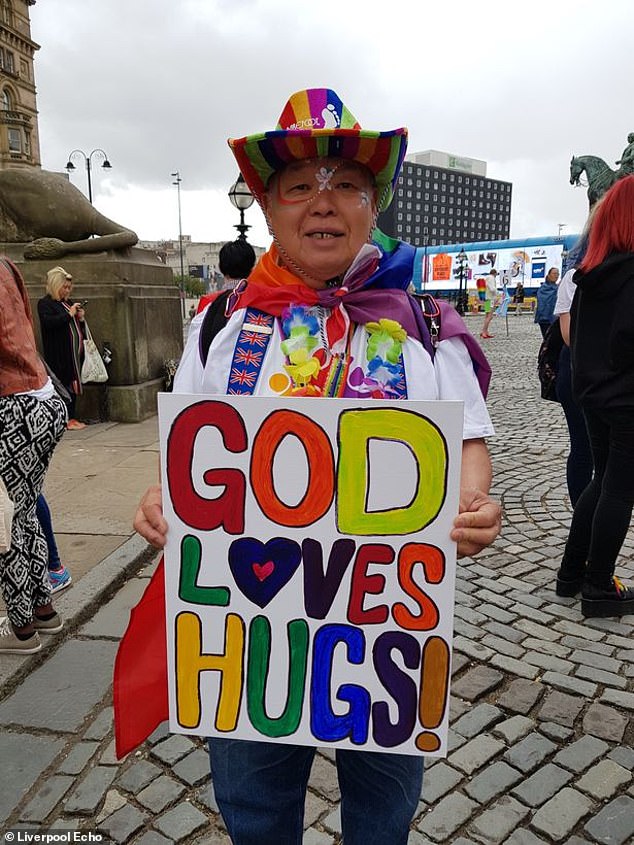 He says his wife left him in 1988, after discovering he was gay. She took their children to the USA, and he has had no contact with them since.

The Open Table LGBTQIA+ worship community – believe Sam, and are determined to help him stay.

Sam says: ‘The LGBT people in Liverpool have been so good to me. Everyone at St Bride’s and in the Open Table group has been so helpful. I really appreciate everything they are doing for me.’

Open Table, which now has 17 communities across England and Wales, started at St Bride’s in 2008.

A petition – Stop the deportation of Yew Fook Sam – has so far been signed by more than 900 people.

Kieran Bohan, Open Table network co-ordinator, said: ‘Sam is 67 and in poor physical health, with limited English and income. It would be very difficult for anyone in that situation to enter a relationship.

‘There are many people in later life who find themselves single, whatever their orientation. They do not cease to be gay, bisexual or straight because they do not have a partner.

‘We do not believe anyone would falsely claim to be LGBT simply to gain the right to remain in the UK, since it puts them at risk of discrimination and hate crime in this country, especially among their peers from different cultures in Home Office accommodation, and increases their risk of harm if sent back from the UK.’

Kieran said: ‘It has been a delight to welcome Sam to our church and the Open Table LGBT faith community. He has become an active and valued member of our community, attending both morning and evening services on Sundays when his health and finances allow.

‘At Liverpool Pride in 2018, he walked with the Christians At Pride group alongside the Anglican Bishop of Liverpool, Paul Bayes.

‘Sam fears for his life if he is deported – he has endured many years of living in secrecy and fear in a culture where asking for support and sharing intimate details of his sexual life is not only taboo, but dangerous.

‘Sam’s orientation and experience as a gay man has not changed for him throughout his life, but he is only now finding the freedom to express himself and learn what it means to be gay without fear.’

Sam is now faced with having to provide new evidence in a bid to persuade the authorities to allow him to stay.

A Home Office spokesperson said: ‘This government has a proud record of providing protection for asylum seekers fleeing persecution be-cause of their sexual orientation or gender identity, and the UK remains a world leader in its approach to handling this type of asylum claim.