GEMMA Collins has been eliminated from Celebrity Masterchef despite fans deeming her “comedy gold.”

The diva departed from the hit cooking show ahead of the semi-finals.

The Towie star, 37, was told to pack her knives and head back home to Essex after failing to impress the judges.

Gemma’s seabass meal left a bad taste in the judges’ mouths after she presented it on unsightly grease-proof paper.

Head chef Frank even went so far as to label the self-professed diva as a “nightmare.”

In the first round of tonight’s episode the blonde bombshell was tasked with making beef fillet with Bearnaise sauce and straw potatoes.

Staying true to her confident self she proclaimed that despite feeling ” sick to the core” she was “going to smash it. Watch this space.”

Despite curdling the notoriously difficult Bearnaise sauce, Gemma made it to the next round.

But it was during the third round that the Towie star hit a stumbling block.

But the diva showed her gracious side and stated that she’d learnt a lot from her experience:

“I think I’ve learnt a lot about cooking, it would be good to take this home and not have Greg and John eyeballing me.” 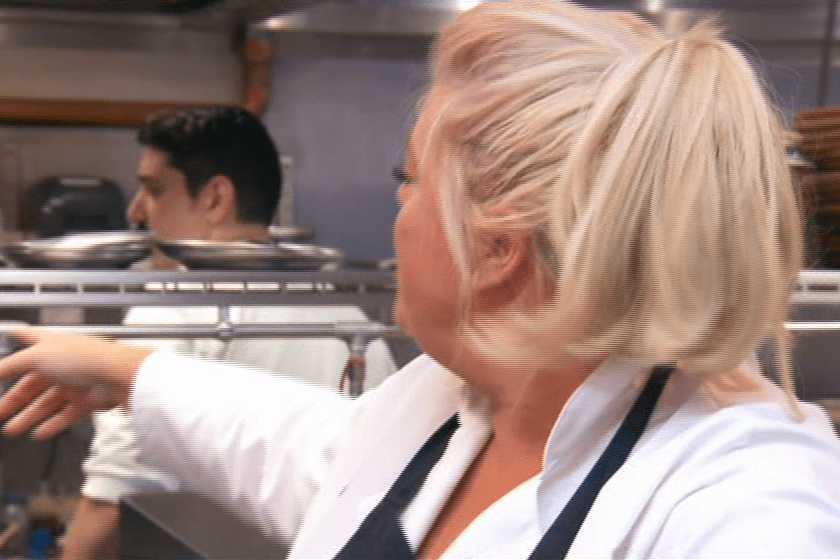 Despite no longer being part of the competition, Gemma certainly left her mark with viewers.

GC angered fans by shouting orders at the professional kitchen staff on the show.

In yesterday’s episode Gemma couldn’t handle the pressure so started bossing people about.

Gemma was learning whats it’s like to work in a busy kitchen and the task she had been given by Athinagoras Kostakos, head chef of Meraki Grill in Fitzrovia, was looking after the sea bass cooked in paper. 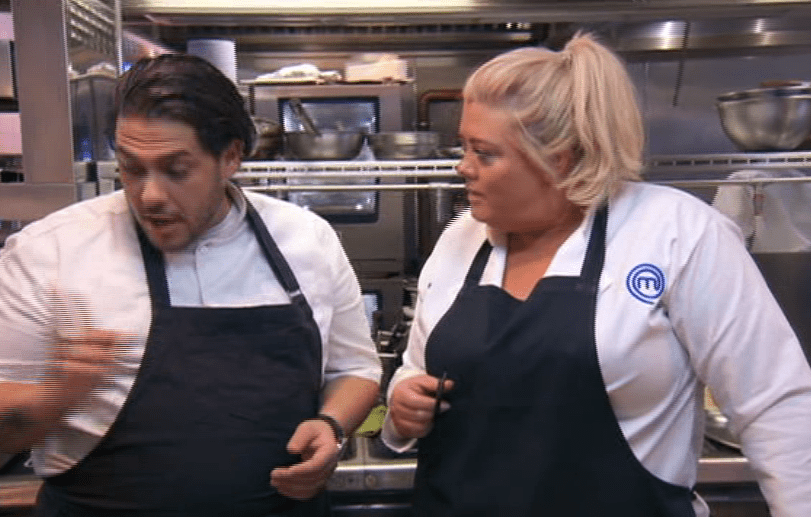 As the pressure mounted and the orders poured in, Gemma, 37, decided to delegate.

She shouted to one of the other chefs:  “Do you want to pop that in the oven for me hun?”

Gemma then forgot the fish was baking and later demanded: “Ooh, someone get me fish out!”

She then explained to the camera:  “I feel that I’ve got this right under control in the kitchen now.

Laughed out loud at #CelebrityMasterchef then, Gemma Collins shouting at the chefs to get her fish out of the oven

Who’s the head chef there?!

However Athisagoras quickly put her in her place and said: “Gemma, everyone is responsible for one dish.

“So you do your own fish, and you bring it done.”

And another: “Cooking novice Gemma Collins ordering the chefs around in a professional kitchen has literally made my eveninnfg.”

Despite Gemma’s demands she ended up impressing the head chef with him telling her that she’s getting better each time and her latest attempt “could have been cooked by a chef”.