George Groves will spend the next few months looking deep into his soul in search of an answer to the golden question.

The 30-year-old was adamant retirement was not an option in the immediate aftermath of his World Boxing Super Series final defeat against Callum Smith last month but will now take the rest of the year off to contemplate his next move.

A period of rest and self-reflection may just be what the doctor ordered for Groves, who had to go through seven months of surgery and rehab on his broken shoulder in time to compete in the final. 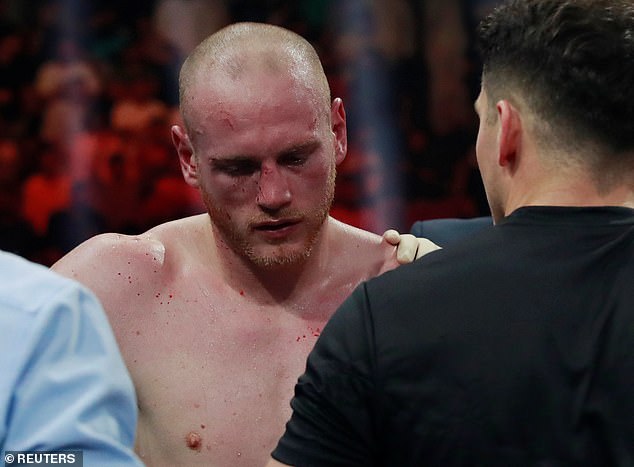 His trainer Shane McGuigan believes time away from the gym will paint a clear picture and offer Groves some clarity after a hectic past 12 months.

‘George is spending some time with his family and having a good rest,’ McGuigan said. ‘It has been a long camp ever since the [Chris] Eubank Jnr fight what with the shoulder.

‘We spent seven months in camp making sure it was coming back, because it is a really complicated joint to recover and rehab so we had a deadline at the end of September and luckily for us the WBSS, the tournament pushed the date of the final back. 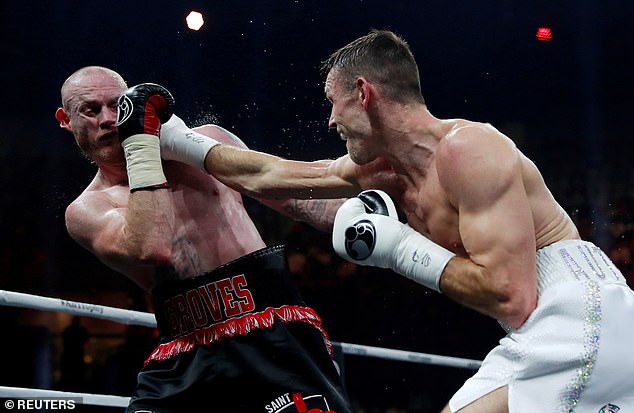 Retirement is an option for the 30-year-old, who was defeated by Callum Smith last month 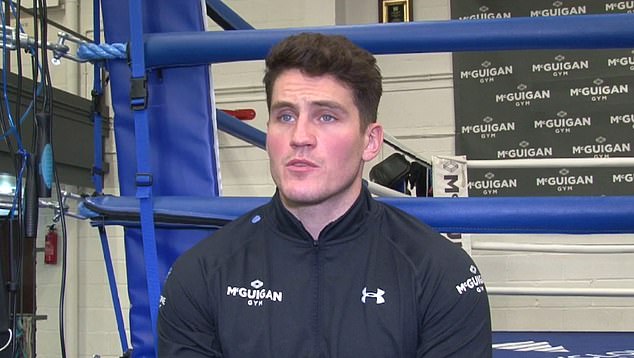 ‘In the meantime it was an exhausting camp, in this stage of George’s career, he’s 30 years of age, he’s been a pro for 10 years, so it was a very long camp and we did our best to get him in the best condition possible and he unfortunately didn’t win on the night, but the first six rounds it was a pick-them fight, George was starting to get his jab off, was starting to work the body as well but Callum hit him and hurt him in the third round.

‘It was a great fight for him to be involved in, though, it was a shame it was in Saudi Arabia as it would have got a lot more attraction if it was back here in the UK but no matter what I was very proud of George and he is taking some much needed rest right now.

‘He is going to spend the rest of the year out from the gym and then we can make a decision on what he wants to do in the future.

‘The decision is up to George, he is his own man but I will be a part of his decision. Everyone wants to find out what he wants to do, the only way he will know that is with time. If he spends four months out and doesn’t get that bit between his teeth, then it’s time to pack it in and we can make the decision when it comes.’ 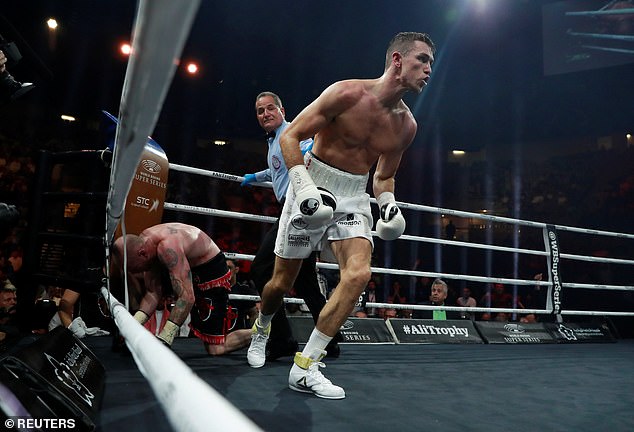 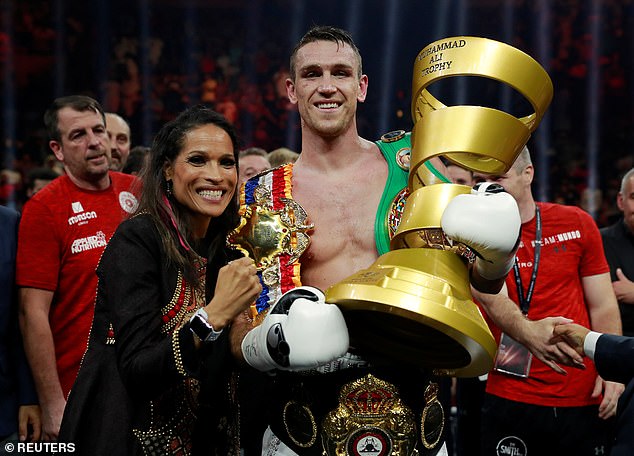 Groves is likely to know the answer to that come the end of the year, but does have alternative routes back to the top open to him after he surrendered his WBA world title in the loss against Smith.

David Benavidez, the US-Mexican prodigy, faces being stripped of his WBC strap after testing positive for cocaine last month.

Should that title fall vacant a scenario presents itself in which Groves could fight in a final eliminator for the belt.

There is also the option of a rematch with long-time rival James DeGale, though Eubank Jnr is keen to intrude on any such arrangement with eyes on a December clash with his fellow Brit. 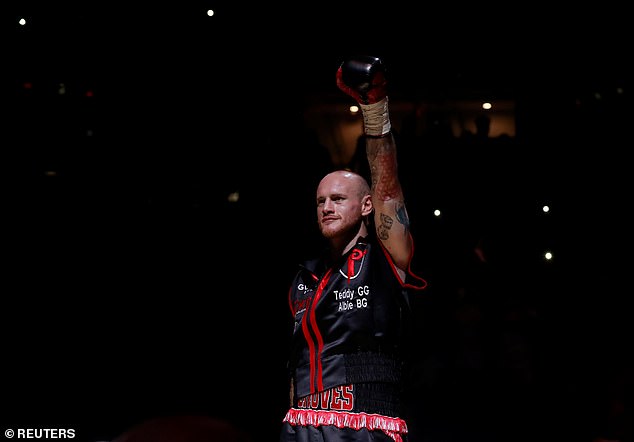