Germany‘s confirmed coronavirus cases have risen by 2,458 today as cases across the nation dropped after four days on the rise.

Data from the Robert Koch Institute (RKI) for infectious diseases confirmed that the figure was down from a day-on-day increase shown on Saturday of 242, and 299 on Friday.

The increase comes as the German government announced the lockdown had been sucessful and claimed some measures could be lifted. 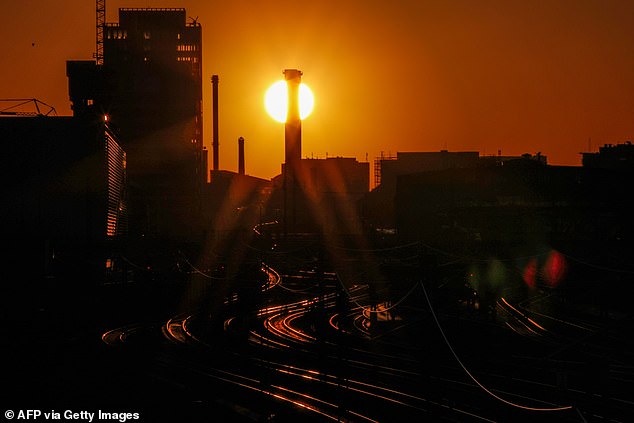 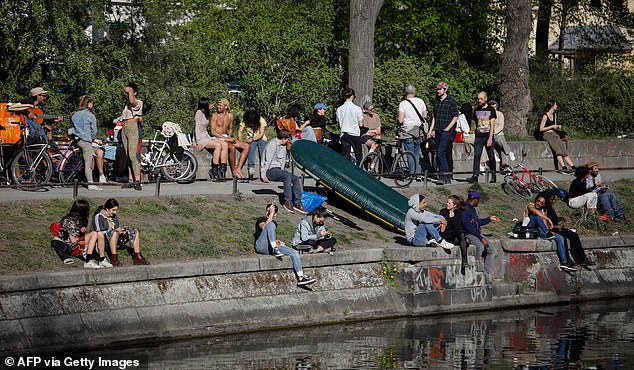 On Saturday people were seen gathering on the banks of the Landwehr canal in Berlin as they enjoyed some pleasant spring weather.

Over the weekend hundreds of candles were lit to form a giant cross in memory of those who have fallen victim to the virus in the country.

Gertrud Schop, 60, who is a catholic and works as a tax adviser, lit the candles on her property in Zella-Mehlist as a symbolic gesture while church services are temporarily banned in the country during the lockdown.

She plans to continue the project until a coronavirus vaccine is made available.

It follows Health Minister Jens Spahn saying yesterday that, despite thousands of new cases still being confirmed every day, a lockdown introduced on March 18 ‘was successful’ and that infection numbers have ‘sunk significantly’ since then. 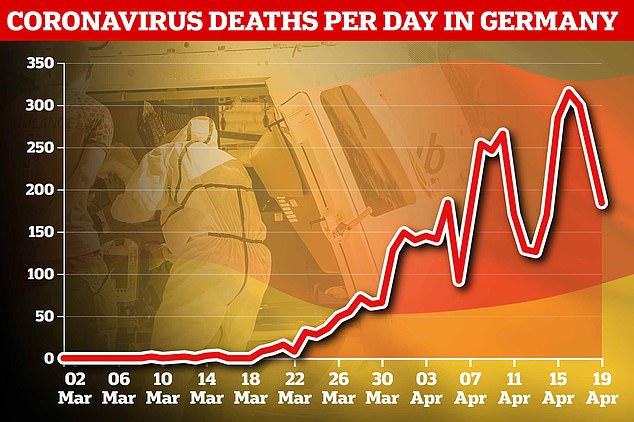 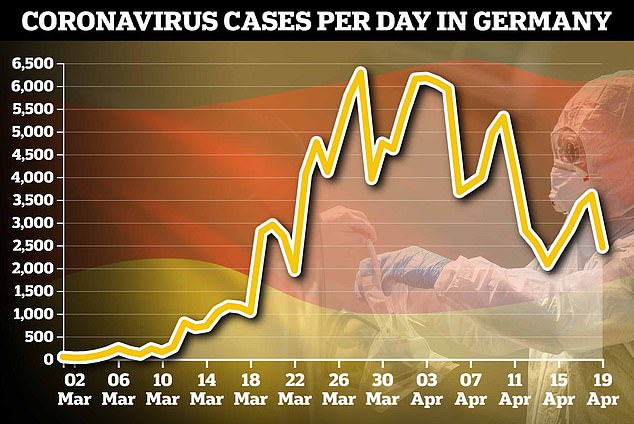 The measures have seen the country’s streets and popular tourist landmarks remain deserted while initiatives have been rolled out to give people something to do while still following social distancing rules.

This includes a drive-in cinema at a former blast furnace in Dortmund where hundreds turned up in their cars to watch a film.

The RKI on Friday reported that the ‘reproduction rate’ of the disease in Germany had fallen to 0.7.

The reproduction rate, also known as ‘R’, is the number of people that a coronavirus carrier infects on average before they stop being infectious.

An ‘R’ rate of 1 means the number of new cases has stabilised, while a rate of less than 1 means the disease has gone into decline and new cases will begin falling.

It is considered a key milestone in breaking the back of an outbreak.

Chancellor Angela Merkel relaxed some of Germany’s lockdown measures on Wednesday and said: ‘The curve (of infections) has got flatter, but it still has to be in a shape that doesn’t overburden our health system.’

Smaller shops are set to reopen first, while schools will follow in early May.

But Ms Merkel has warned that masks should be worn on public transport and in shops.

‘It is recommended that masks be used in public transport and while shopping,’ she told journalists after talks with regional leaders from Germany’s 16 states.

But despite beginning to lift restrictions, the premier cautioned that the country has achieved only ‘a fragile intermediate success’ so far and does not have ‘much room for manoeuvre.’ 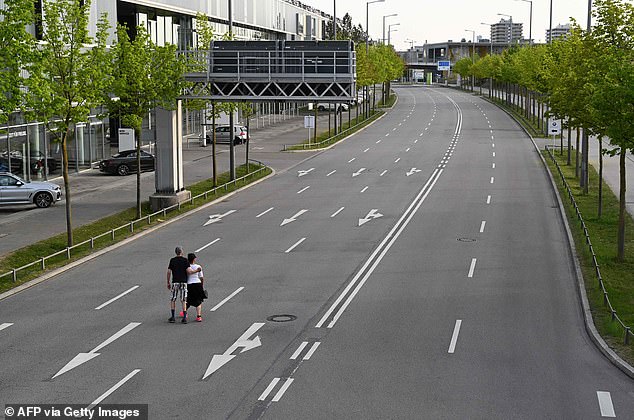 Pedestrians cross an empty street in Munich, pictured, as Germany continues to be on lockdown despite plans to ease restrictions over the coming weeks 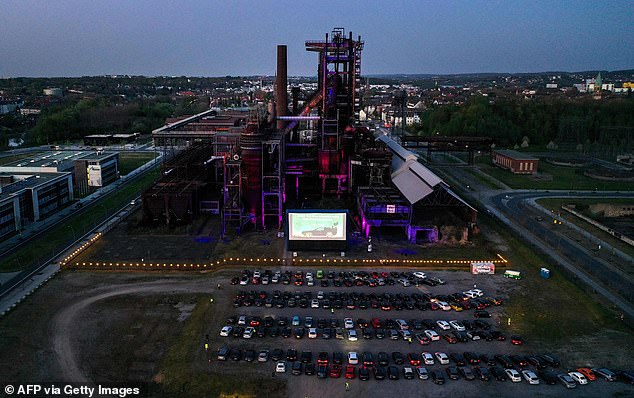 Initiatives have been rolled out to give people something to do while still following social distancing rules, such as this drive-in cinema at a former blast furnace in Dortmund, pictured, where hundreds turned up in their cars to watch a film

She said a ban on gatherings of more than two people in public and an obligation to keep at a 1.5-metre distance from others, which has been in place since March 23, will remain in place.

The measures were set to expire today.

Nonessential shops, which have also have been closed for nearly four weeks, will be allowed to start reopening, with hygiene precautions, if they are up to 800 square metres in area.

Car showrooms, bike shops and bookshops, irrespective of their size, will be allowed to open.

Bars, restaurants, gyms and larger stores will have to remain closed.

Some state premiers and industrial groups have urged the government to move more quickly to prevent further economic damage.

Ms Merkel said the decisions apply to the period from Monday though May 3, and officials will review the situation again on April 30.