A four-year-old girl was hospitalised with constipation because of her school’s strict toilet roll policy, her mother has claimed.

Kitchener Road Primary in Canton, Cardiff, does not put toilet paper in the pupils’ toilet cubicles.

Instead, the children aged four to 11 must take what they think they need from a single tissue dispenser in the public area before going in. 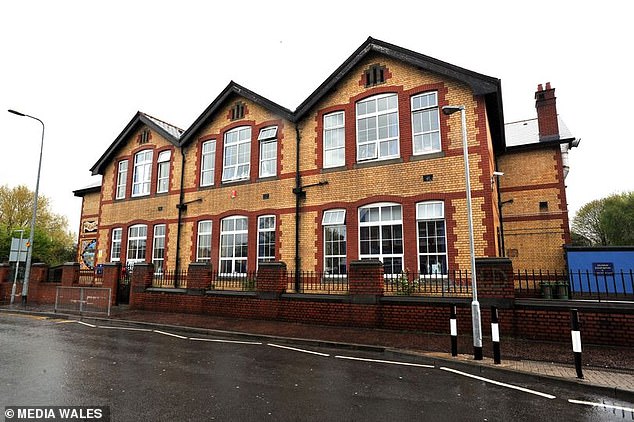 Kitchener Road Primary in Canton, Cardiff, does not put toilet paper in the pupils’ toilet cubicles 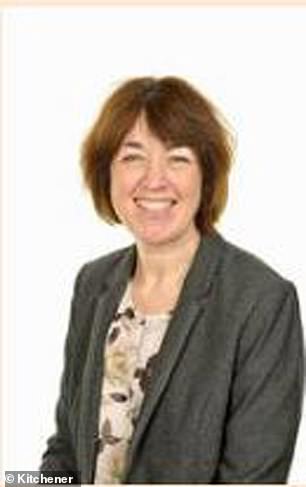 Head teacher Ruth Jackson told mother Fahmin Khanum, 32, at parents’ evening that the policy is to ensure pupils do not block the toilet using too much paper.

This means some children have soiled themselves and others are too anxious to relieve themselves properly, said HR manager Fahmin.

She added how daughter was admitted to the University Hospital of Wales for three days last month with agonising stomach pains which medics eventually diagnosed as constipation, something the child had not suffered from before.

‘She was not clearing her bowels properly in school because of the toilet paper policy. It was a traumatic experience,’ said Fahmin.

‘My daughter is quite independent from going to day nurseries before starting school in September and she was potty trained at two and half and had not had problems before.’

It was only when Fahmin went into the school for parents’ evening last week that she discovered the cause of her daughter’s problem. 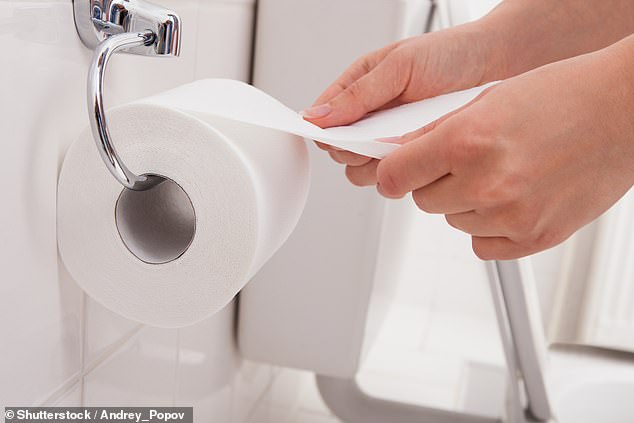 Her daughter who is in the reception class was so worried about not taking enough paper into the cubicle that she was not relieving herself when she needed to at school.

There are no tissue dispensers in the cubicles.

‘I spoke to the head teacher and she told me it was so that children don’t block the toilets using too much toilet paper.

‘My daughter was not clearing her bowels properly in school because of the toilet paper policy.

Fahmin said her daughter was now getting anxious using the toilet at home and school as a result and has soiled herself at least once at school because she didn’t take in enough paper first time.

‘Last Monday when I went to collect my daughter the teacher told me she had soiled herself.

‘You can imagine, you run out of toilet paper and you know you might need to take your pants down and go to the public area and go back in, or pull you pants back up and soil yourself going out to get more paper.

‘This is what happened to my daughter and she then had to go and tell a teacher in front of other children that she had soiled herself.

‘This is not just about my daughter, it’s about all the children.

‘It’s a health and safety issue impacting on children’s welfare and it’s awful for the children’s dignity,’

Fahmim who is an adviser at Cartrefi Cymru Co-operative, and her husband Afjul Ali, have written a formal letter of complaint to the school’s head teacher Ruth Jackson.

Following her complaint the school has now said it has reviewed its policy.

A spokeswoman from the school said: ‘We have reviewed our policy and will soon be installing dispensers in all our cubicles. We will be contacting parents shortly to let them know of the change.’