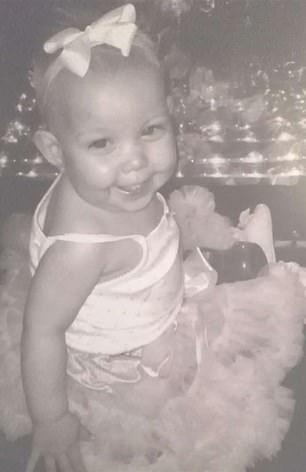 Mia Atkins (pictured) died at Darent Valley Hospital in Kent on Sunday, July 1, last year after her airways were blocked when she choked on a cocktail sausage

A two-year-old girl choked to death on a cocktail sausage that got lodged in her airway, an inquest was told.

Mia Atkins, of Greenhithe, Kent died in hospital after her parents, who argued that medics made a number of errors, switched off her life support machine.

Mother Beth Ranger said she had to call emergency services three times before she could alert a call handler that her daughter was choking.

By the time she was connected – minutes after her first call – Mia was unconscious. The emergency services call centre was ‘grossly’ understaffed when the toddler died, the inquest at Maidstone Coroner’s Court heard.

Mrs Atkins performed CPR on little Mia while an ambulance was sent to the home on July 1 last year.

Mia was taken to Darent Valley Hospital in Dartford, Kent, where doctors found the paramedics had inserted an endotracheal tube into Mia’s oesophagus – instead of her windpipe.

Placing the tube in the ‘wrong place’ could have reduced Mia’s chance of survival, the court heard.

There was also claims of a five minute wait for an anaesthetist after a ‘miscommunication’.

A scan revealed Mia was brain dead, so Mia’s family faced the torturous task of saying their final goodbyes and turning off her life support machine.

Coroner Roger Hatch, who recorded a verdict of misadventure, said it was a ‘difficult situation’ and Mia’s chance of survival had been ‘extremely slim’. 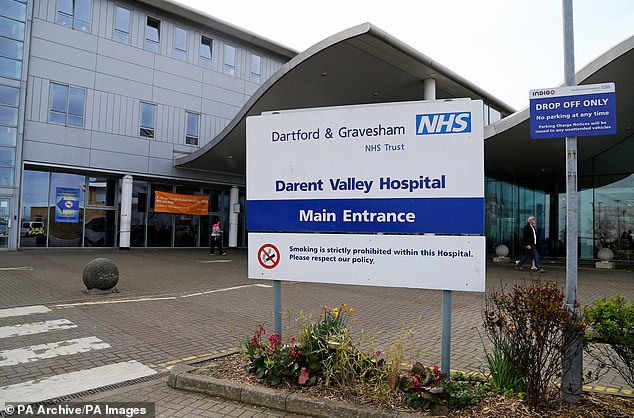 Mia was taken to Darent Valley Hospital (pictured) in Dartford, Kent, where doctors found the paramedics had inserted an endotracheal tube into Mia’s oesophagus – instead of her windpipe

Mr Hatch said steps had been taken to prevent it happening again.

He said after ‘unfortunate delays’, once dispatched the ambulance arrived with ‘commendable speed’.

During the final day of the inquest, South East Coast Ambulance Service paramedic James Lyle revealed that numbers of emergency call handlers were ‘grossly under the required level’ at the time of the tot’s death.

Mr Lyle has repeatedly recommended improvements since, but said it was tricky to retain call handlers because of the ‘high levels of stress.’

Speaking after the inquest, Beth and Liam said they were ‘disappointed by the basic conclusion’ and felt some of the findings were inaccurate.

Beth said: ‘It was quite disappointing. It’s been a tough year-and-a-half and we thought it was quite a basic conclusion.’

Mia was at home in Greenhithe when her aunt noticed she was struggling and started slapping her back.

Ms Ranger made several 999 calls but struggled to get through, partly because of problems with the phone signal.

She performed CPR while waiting for the ambulance but said Mia started ‘turning blue’ and bleeding from her nose and mouth.

The inquest was told that after paramedics arrived, information was not correctly passed on between nursing staff at the hospital.

A cardiac arrest call was not put out and there was a delay of five minutes before an anaesthetic doctor attended.

A post-mortem examination gave Mia’s cause of death as upper airway obstruction.

The coroner recorded a verdict of death by misadventure.