A homeowner who claimed the 90ft trees in his garden were a ‘landmark’ has won a battle to stop his neighbours having them cut down.

Neil Torrance, from Glasgow, had been locked in a dispute with Robert and Vivien Alexander who claimed the massive conifers left their garden in shadow and were ‘overwhelming’.

The couple failed to reach agreement with Mr Torrance and their previous neighbour over the ongoing row. 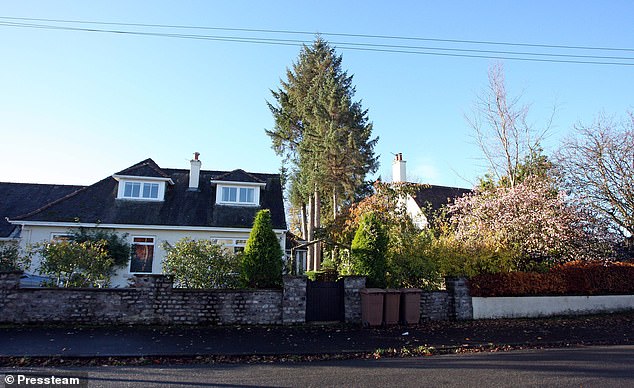 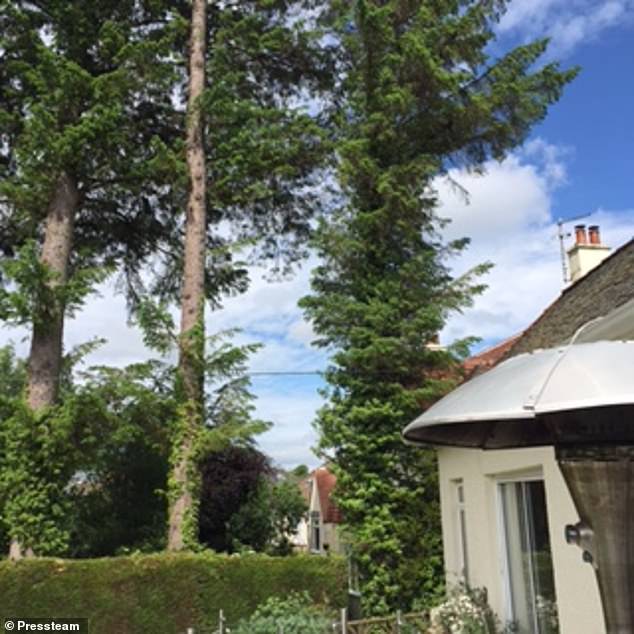 They used high hedge laws to try and have Glasgow City Council enforce a reduction in the height of the trees but officials ruled against them.

They turned to the Scottish government in a last attempt to win their fight but it has now been ruled that the trees did not form a hedge under high hedge legislation.

Mr Torrance had asked the government to uphold the original decision and refuse the appeal.

He said: ‘The buildings on our property date back to 1928 and it is likely that the pine trees being challenged were planted at the time of the construction of the property.

‘They are magnificent trees clearly visible and a landmark in the district.

‘They would have been substantial long before the appellant bought their property and as such should have been accepted as a part of the beauty of the properties in the area. 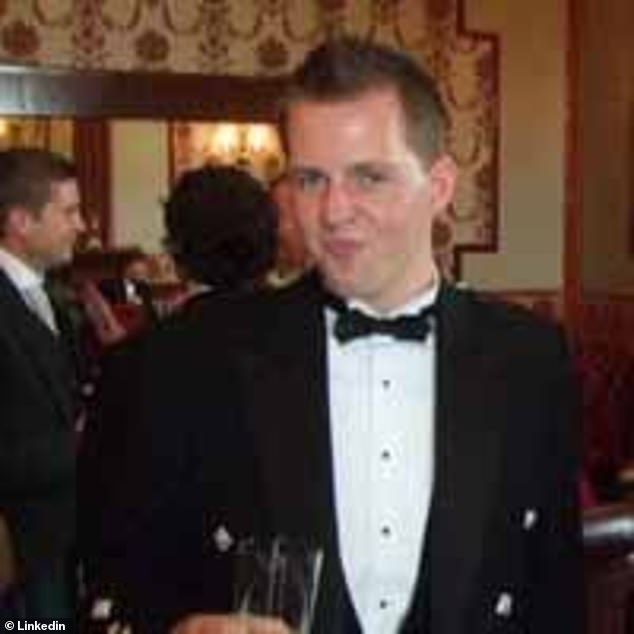 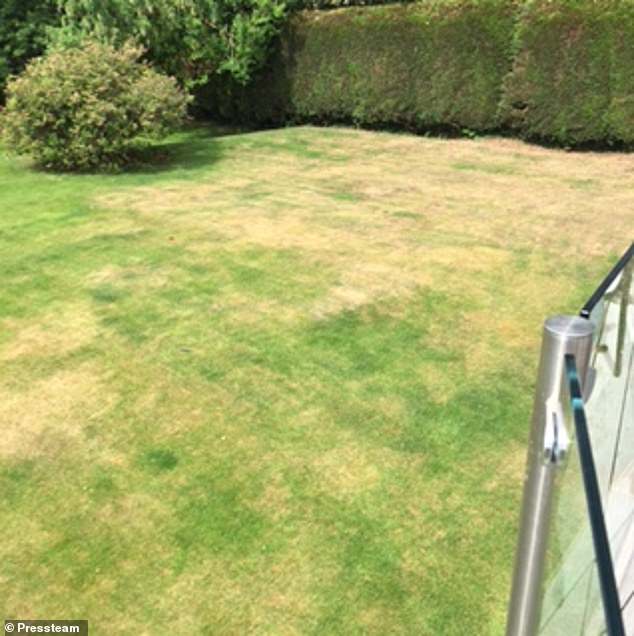 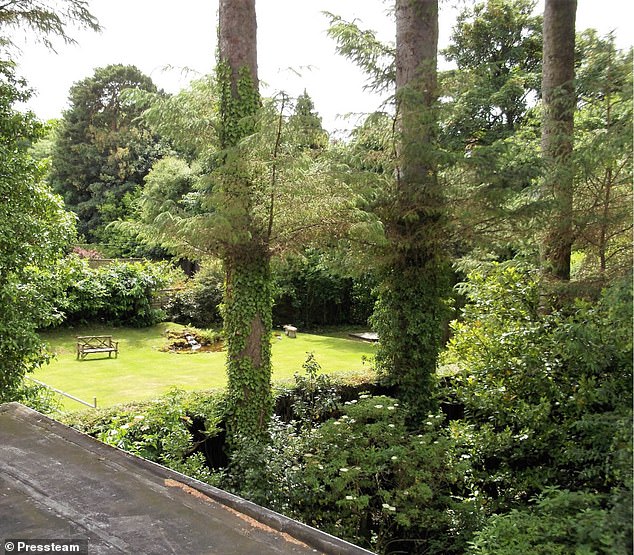 Mr Torrance said: ‘The buildings on our property date back to 1928 and it is likely that the pine trees being challenged were planted at the time of the construction of the property’

‘Unfortunately they seem determined to take a law introduced for other purposes and bend it in a way that satisfies their desire to see a number of significant trees removed from the neighbourhood.

‘I sincerely trust that the above points will be given serious consideration and the original decision upheld.’

The Alexanders claimed the trees blocked their views of sunsets and stopped grass from growing properly on their lawn.

They said: ‘The hedge cuts out light to our own garden.

‘The grass isn’t growing and it blocks the sun all summer in the afternoon when we come home from work.

‘We used to have open south-west views and great sunsets.’

Council bosses have also asked for the decision to stay and claim a 12ft hedge on the Alexanders’ own property may contribute to shadows.

They said: ‘It is considered that the shadow cast over the course of the day on the spring equinox exclusively by the potential high hedge does not have a significant detrimental impact upon the levels of sunlight into garden and does not cause significant overshadowing of the garden ground during the day. 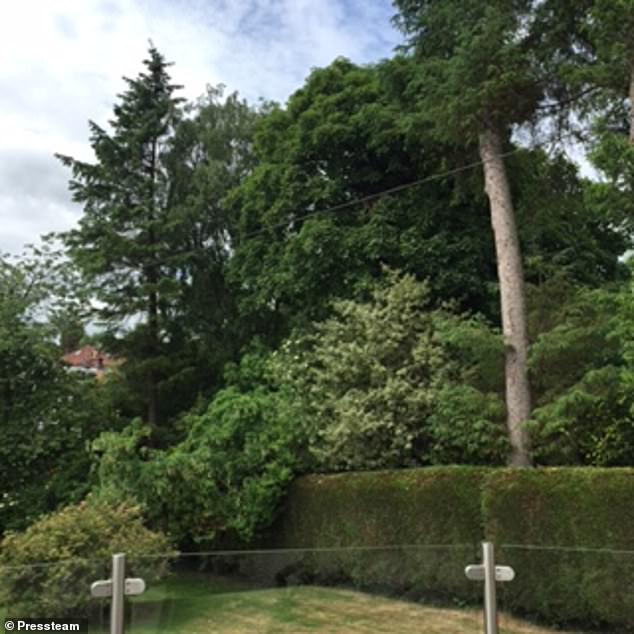 Mr and Mrs Alexander said: ‘The grass isn’t growing and it blocks the sun all summer in the afternoon when we come home from work’ 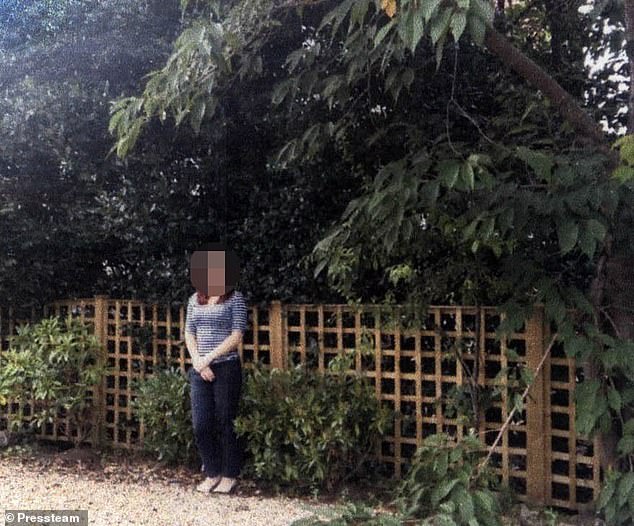 ‘It is not considered that this overshadowing affects the enjoyment of the property which the applicant could reasonably expect to have.’

She said: ‘I find that of the trees which are the subject of this appeal, only the four conifers can be considered to form a row and only those four trees could constitute a high hedge for the purposes of the Act.

‘I find that those four trees are over two metres in height above ground level, meeting that test. However, I find that the four conifers are not a barrier to light.

‘Therefore, the high hedge fails to meet all of the tests set out in the Act. It follows that as all tests must be met, the four conifers would not comprise a high hedge and therefore the Act does not apply.’