GOOD Morning Britain suffered a technical blunder today as Ross King was left frozen after he interviewed new James Bond villain Rami Malek.
Ross spoke to the cast and crew of Bond 25 in Jamaica, where author Ian Flemming wrote all the James Bond novels and Rami was patched through via America where he was filming I Robot. 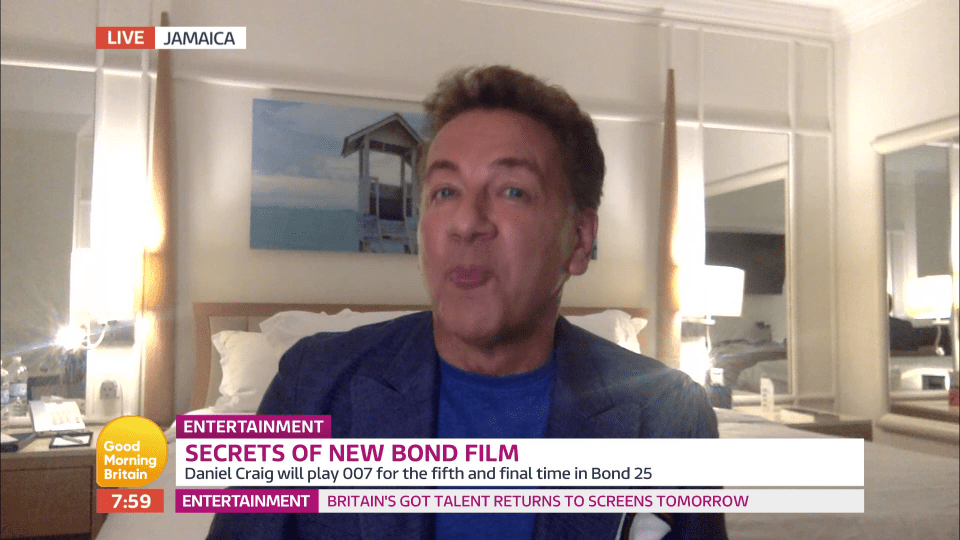 Rami revealed he’s ready to give Daniel Craig’s Bond a “run for his money” as his new arch nemesis – before Ross continued to reveal secrets from the movie.

He told viewers that producer Barbara Brocoli was “in denial” about Bond 25 being Craig’s last outing as the suave spy, and was suddenly left frozen mid sentence – with pursed lips.

Meanwhile, Craig told Ross that he hadn’t considered what he’ll miss about playing Bond because he’s focused on making a fantastic movie. 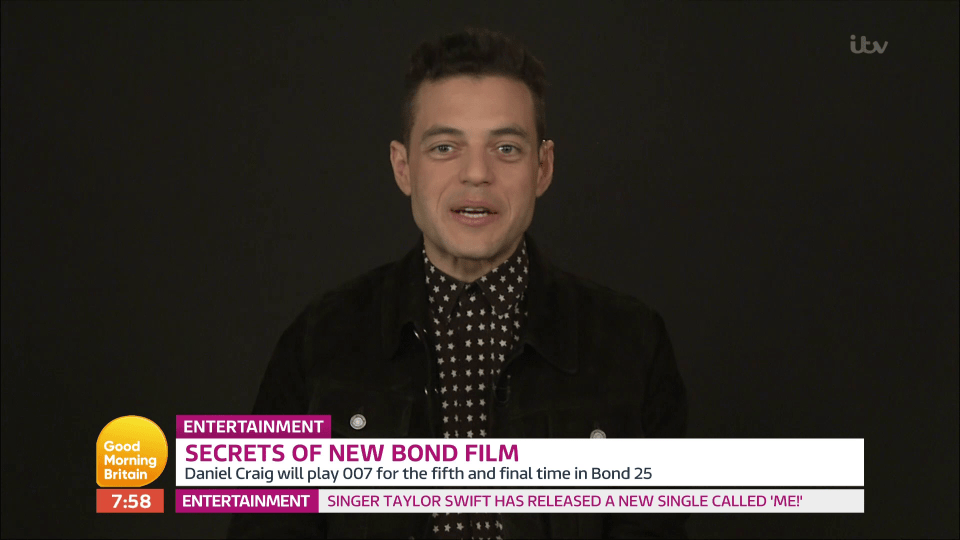 He told GMB: “We’ve got a movie to make and I can’t think about the end.

“I have to think about the right now or what’s going to happen in a couple of years.”

She said she’d rather make “interesting” new roles for women than rewrite a well-established character for the sake of some “stunt casting”. She said: “What we should be doing is creating interesting stories for women, and not just turning men into women; or women into men.

“I’m very much interested in making films about women, created for women; and not doing some sort of stunt casting by turning Bond into a woman for a gimmick.”

Her co-producer and half-brother Michael G. Wilson nodded and agreed.

While she’s ruled out a female Bond, Barbara insists she wouldn’t exclude a black actor from the role.

Asked about the possibility, she previously told Daily Mail: “It would be wide open. Everyone went hysterical when Daniel was cast — because he’s blond, would you believe!” In the wake of the #MeToo movement, the producers admitted it will have an “influence” on the next Bond film, but Barbara doesn’t feel they will need to do much differently because they have “embraced” equality in “many” of the movies.

She said: “Me Too has influenced our culture, which is a great thing, so of course it’s going to influence everything we do on Bond. [The series has] has been embracing Me Too for many Bond films. I don’t think that any of our films would not be acceptable — certainly since Daniel [Craig] started.

“Over the years, attitudes have changed, and so have the Bond films. The films are representative of the times they’re in.”