Chris Grayling insisted he spent no money on a contract with a no deal Brexit ferry firm that owned no ships today.

The Transport Secretary is facing calls for his resignation over ‘off the Richter scale incompetence’ after he humiliatingly cancelled the deal with Seaborne Freight.

Mr Grayling refused to apologise as furious MPs demanded he quit over the incident.

The start-up firm had been commissioned to run lorry ferries from Ramsgate harbour if a no deal Brexit leaves the main Dover-Calais route in chaos.

Eurotunnel, which operates the Channel Tunnel, says the contracts totalling £108 million were awarded through a ‘secretive and flawed procurement process’.

But the Department for Transport (DfT) argues that the ‘extreme urgency’ of preparations for Britain’s departure from the EU on March 29 justified the process. 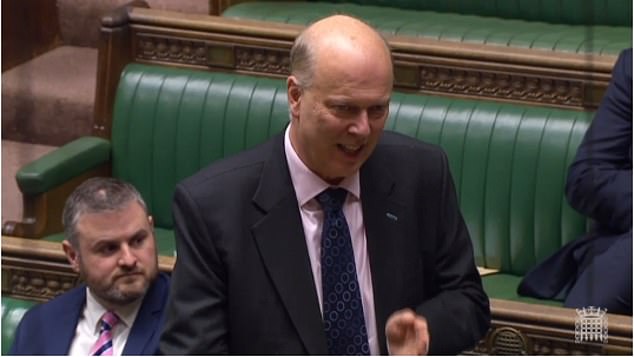 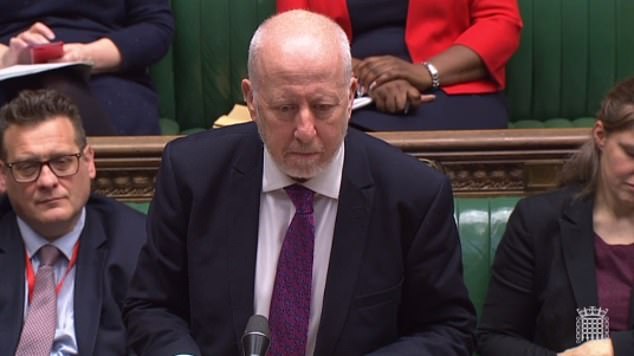 During an emergency debate on the ‘debacle’ today shadow transport secretary Andy McDonald said it was a ‘Whitehall farce’.

He claimed the Department for Transport ‘took shortcuts’ in the procurement process with Seaborne Freight and blasted: ‘(Mr Grayling) points the finger at Arklow for the contract cancellation – is it really a good time to further insult the Irish?’

Mr McDonald asked how much cancelling the contract will cost taxpayers, adding: ‘He simply cannot keep blaming others for his own mistakes. This disastrous decision sits squarely with him and his office.

‘Isn’t it the case that this Transport Secretary’s approach to transport and wider Brexit contingency planning is off the Richter scale?

‘And for the good of the nation, and for the sake of some semblance being restored to this shambolic Government, shouldn’t he now do the decent thing and go?’

In response Mr Grayling said: ‘I have to say that he brings a new meaning to the words utter hogwash.

‘He clearly wasn’t listening when I said we’ve spent no money on this contract.’

He defended his department’s no-deal Brexit planning, adding the Seaborne Freight contract was ‘assured jointly’ by DfT and Treasury officials.

He said: ‘We’ve heard a lot of nonsense about this company not owning any ships.

‘Isn’t it the case the majority of rail operators in this country don’t own any trains and that many airlines… lease aircraft, which means not only do they not own the planes themselves but they don’t employ the crew directly?’

Mr Grayling agreed and added: ‘The fact is many members on those benches will go on holiday this year on airlines that own no planes because that is the way business works. 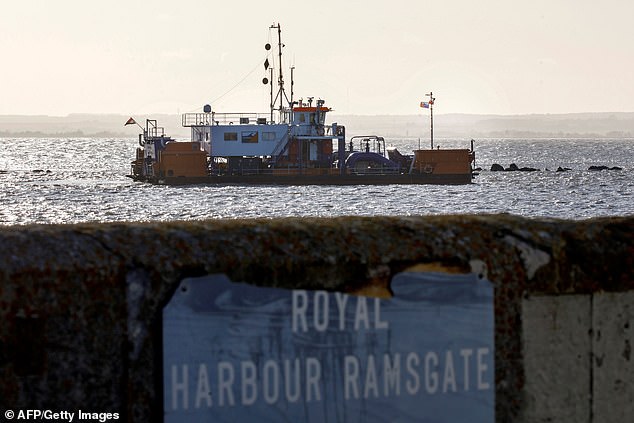 Seaborne Freight was initially handed a package worth £13.8million to run services between Ramsgate (pictured) and Ostend if there is a no-deal Brexit

This morning Downing Street insisted Theresa May still has full confidence in Mr Grayling despite the embarrassing climbdown.

At a hearing in London on Monday, Eurotunnel’s barrister Daniel Beard QC said the procurement process for ‘additional capacity for transport of goods across the English Channel’ had been ‘undertaken without any public notice being issued’.

Mr Beard said Eurotunnel only found out ‘when contract notices were published three days after Christmas’, adding that it was ‘quite remarkable’ his client had not been informed given its recent history in running cross-Channel services.

He submitted that Eurotunnel was ‘an operator who actually ran a ferry service three years ago’, and was therefore not ‘speculating’ about its ability to run cross-Channel services but ‘has actually done it’.

He also said Eurotunnel had ‘no knowledge’ of the ‘advanced talks with a number of companies to secure additional freight capacity’, which a spokesman for Prime Minister Theresa May said the Government was already engaged in, despite the fact his client had taken legal action.

He said the third, Seaborne Freight, ‘apparently intended to do so’ before the ‘collapse’ of its contract with the DfT over the weekend. 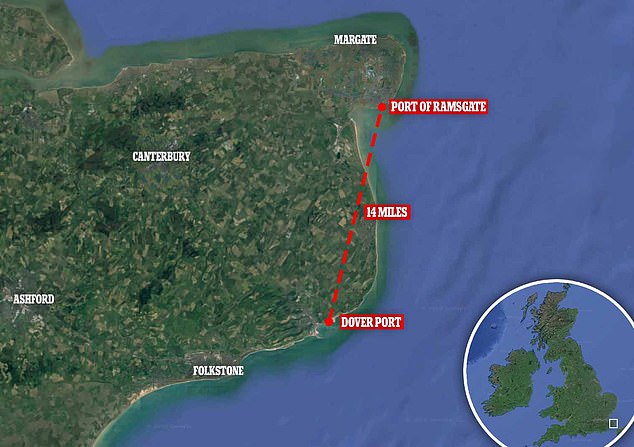 A DfT spokeswoman said yesterday: ‘Following the decision of Seaborne Freight’s backer, Arklow Shipping, to step back from the deal, it became clear Seaborne would not reach its contractual requirements with the Government. We have therefore decided to terminate our agreement.

‘The Government is already in advanced talks with a number of companies to secure additional freight capacity, including through the port of Ramsgate, in the event of a no-deal Brexit.’

Mr Grayling last month defended the Seaborne Freight contract, insisting it was ‘not a risk’.

It was one of three firms awarded contracts totalling £108million in late December to lay on additional crossings to ease the pressure on Dover when Britain leaves the EU, despite having never run a Channel service.

The department said it had been Arklow Shipping’s backing that gave it confidence in the viability of the deal, and that it stands by the robust due diligence carried out on Seaborne Freight.

It added no taxpayer money had been transferred to the company.

Mick Cash, general secretary of the Rail, Maritime and Transport (RMT) union, said: ‘The whole exercise is a complete and utter shambles, with the Government ignoring union calls on what needs to happen.

‘Instead they are blundering on from crisis to crisis.’