There was a rather awkward moment on Tuesday’s The Kyle and Jackie O Show when the radio hosts asked guest Hamish Blake about his travel preferences.

After Hamish spoke about the practicalities of flying long distance with young children, Jackie ‘O’ Henderson asked: ‘Do you guys fly business or first class?’

At this point, the phone line suddenly went dead and it sounded as if the comedian, 36, had hung up on the KIIS FM breakfast show. 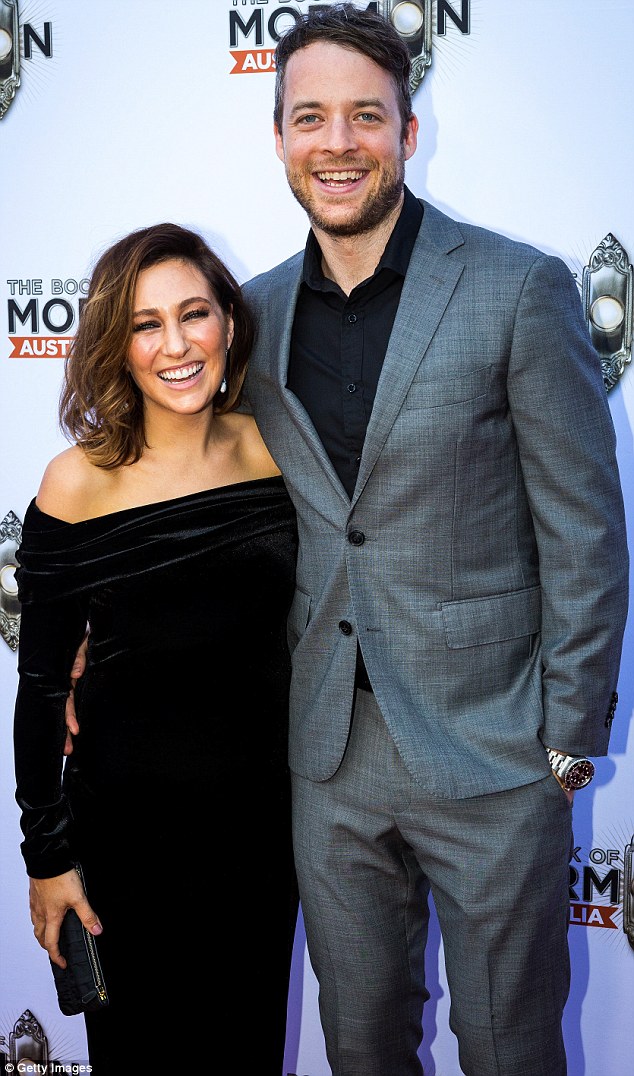 ‘I just Tracy Grimshaw’d him!’ Hamish Blake appeared to hang up on The Kyle and Jackie O Show on Tuesday when asked if he and wife Zoe fly first class to America with their children. Pictured: Hamish and Zoe in Melbourne on February 4, 2017

‘No! I always ask the wrong questions,’ said Jackie after the interview ended abruptly.

Co-host Kyle Sandilands added: ‘Jackie, why the tough questions? You know Hamish wants to be a man of the people.

‘Oh, my God. I Tracy Grimshaw’d him,’ Jackie laughed, referring to the A Current Affair host known for her uncompromising interview style.

‘He couldn’t handle my tough question.’

Despite it sounding like Hamish had hung up in protest, Kyle and Jackie later clarified that it was most likely a technical issue that caused the phone line to cut out.

Hamish was calling in from New York City, where he is staying with his wife Zoë Foster Blake and their children, Sonny, four, and Rudy, one.

‘I’m surprised we even had as good a line as we did,’ Jackie added. ‘Every time we do an interview in New York there’s always delays and all sorts of stuff.’