Collapsed construction giant Carillion botched Liverpool’s new hospital so badly that experts must now strip out entire floors to insert hundreds of tons of extra steel and concrete to stop it falling down.

The project to build the new £429million Royal Liverpool University Hospital stalled overnight when the building firm went under in January last year.

But when surveyors were brought into assess the build they uncovered a host of problems, including cracked concrete posts and unsafe cladding, which does not meet fire regulations, on the exterior. 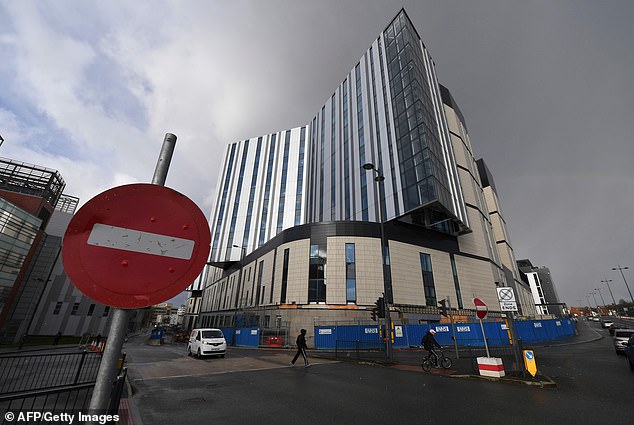 Health bosses estimated that it would cost another £100million of taxpayers’ cash to put the problems right and the 646-bed hospital would not open until 2020 – a staggering three years late.

But new details about the defects, issued yesterday by contractor Laing O’Rourke, which has been drafted in to solve the crisis, make grim reading for patients in the city.

Although they have refused to put a figure on the extra costs or set a deadline for the works to finish, sources have told the Mail it is likely the expense could double to £200million, and it could be three years before the hospital opens to the public.

‘It’s a total mess,’ the source said. ‘It’s so difficult to rectify because, with a hospital, all the fittings are highly complex – there’s likely to be oxygen pipes, ventilation systems, electrics and all the other usual services already in that will have to be pulled out to get back to the shell of the building for the new steel and concrete to go in.’

Cracked concrete posts and unsafe cladding, which does not meet fire regulations, are among the problems in the unfinished building

Jim Bell, director of surveyors at Arup, said there were ‘a number of design and compliance issues’, with structural repairs ‘mostly contained’ to three of the hospital’s 13 floors.

The firm has advised Laing O’Rourke that some cladding and exterior walls should be removed, plus plaster work, services and wiring stripped from inside, while 220 cubic metres of new concrete and 165 tons of new fabricated steelwork are inserted to shore up the building.

Andy Thomson, project director at Laing O’Rourke, said: ‘Fixing the structural issues is a complex programme of work, with the added challenge of protecting the existing hi-tech fixtures and fittings in the hospital.

‘This requires heating the building and maintaining water flow to prevent deterioration, which would lead to costly replacements if it was not diligently carried out.’ 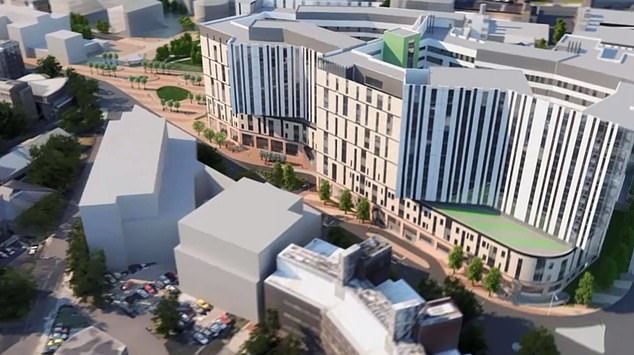 Last night Liverpool Mayor Joe Anderson called for an independent Government inquiry into the flawed build to identify who was to blame.

He said it was ‘criminal’ that taxpayers were being forced to foot the repair bill and that referrals to police should follow if anyone is found accountable.

Earlier this year it emerged that up to £500,000 a month was being spent on keeping the empty hospital running.

The trust is having to employ 18 staff to turn the 4,000 taps on and off regularly in a bid to prevent the build-up of deadly legionella bacteria. Liverpool Labour MP Louise Ellman said: ‘The hospital is already two years late and this is another disappointing setback.’

Dr Peter Williams, chief executive of the Royal, declined to confirm timescales and costs for the new build.

He said: ‘Our priority is to deliver the state of the art facilities our patients need.’