Terror group Hezbollah, which Jeremy Corbyn has referred to as his ‘friends’, is due to be banned this week, the Government has announced.

Home Secretary Sajid Javid said the Lebanon-based group’s political arm will be proscribed just like its military wing because of ‘its attempts to destabilise the fragile situation in the Middle East’.

It is expected that membership of the organisation could be a criminal offence carrying a maximum sentence of up to ten years from this Friday. 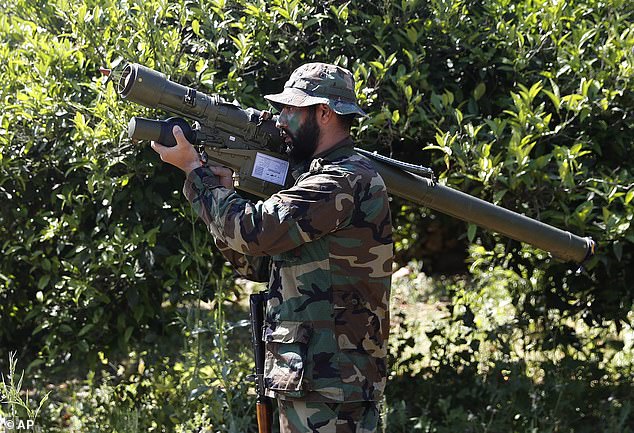 A Hezbollah fighter holding an Iranian-made anti-aircraft missile on the border with Israel, in Naqoura, south Lebanon. The British government will make inciting support for Hezbollah a criminal offense as senior officials accused the Iran-backed organization of destabilizing the Middle East (file photo)

The restriction would bring Britain in line with other countries including the US which regard the whole of Hezbollah as a terrorist group. One of its key aims is to see the elimination of the State of Israel.

However, the ban will only come into effect if it is passed in the Commons later this week. Last night there was silence from Labour over whether it will support the measure.

Party leader Mr Corbyn has been accused of having close links with members of the organisation.

In 2009, Mr Corbyn was filmed telling the Palestinian Solidarity Campaign that he had invited Hezbollah to a meeting in Parliament, saying: ‘Tomorrow evening it will be my pleasure and my honour to host an event in Parliament where our friends from Hezbollah will be speaking.’ The Home Secretary has the power to proscribe an organisation if he believes it is ‘concerned in terrorism’. Hezbollah – or the Party of God – is a Shia Muslim movement which emerged in the early 1980s with financial backing from Iran. Mr Javid said: ‘We are no longer able to distinguish between their [Hezbollah’s] already banned military wing and the political party. 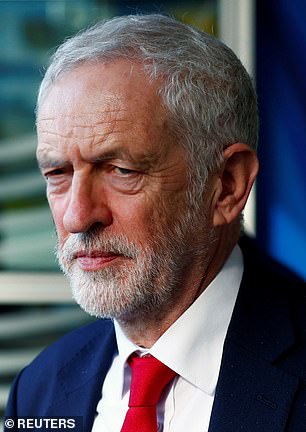 ‘Because of this, I have taken the decision to proscribe the group in its entirety.’

MPs from across the political spectrum have said Mr Corbyn’s links with the group showed why he should not be let near Downing Street.

In 2012, he attended the annual Al Quds rally against Israel in London, where he was pictured in front of people carrying the flag of Hezbollah. Mayor of London Sadiq Khan said the move to ban Hezbollah’s political wing was ‘long overdue’. He added: ‘I wrote to the previous home secretary Amber Rudd and to Sajid Javid to raise my deep concerns about the support shown for Hezbollah at the annual Al Quds march in London.’

Mr Corbyn voted against the move. He was joined by John McDonnell and Diane Abbott.

Mr Javid said protecting British people was his priority. ‘As part of this, we identify and ban any terrorist organisation which threatens our safety and security,’ he added.