A ‘troubled’ man died from a ruptured artery after a night spent in a bin led to him being tipped in to a refuse lorry.

Russell Lane’s legs were severely crushed after a rubbish container he was sleeping in was emptied into the lorry in Rochester, Kent.

Doctors at Medway Maritime hospital wanted to amputate his leg but the 47-year-old refused and pleaded for a second opinion. 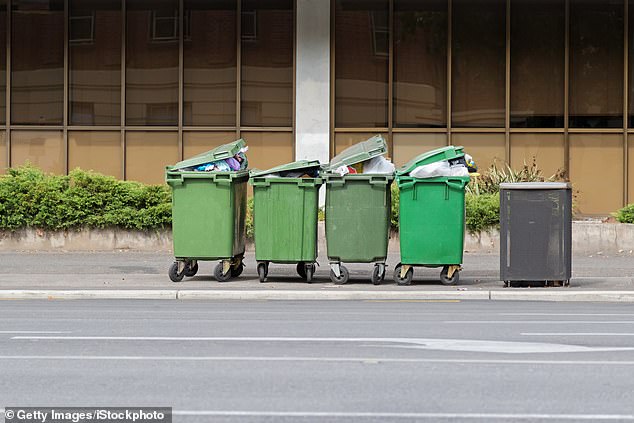 Russell Lane’s legs were severely crushed after a rubbish container he was sleeping in was emptied into the lorry in Rochester, Kent (file image)

Just over a month later Russell died at hospital after an artery in his leg became infected.

An inquest on Wednesday at Archbishop’s Palace, Maidstone, heard Russell had suffered severe crushing injuries to his legs in the accident.

Evidence was given from the three bin men, from waste firm Veolia, who were involved in the accident in January, 2018.

Graham Bailey, who tipped the bin into the waste lorry, told the court that he and his co-workers had been trained in how to ensure there was no one sleeping in the bins they were tipping.

He said: ‘I hit the sides about three or four times; there were no signs of movement.

‘I took the bin over the cobbles, lifted it an inch or so off of the ground, lifted the lid and looked inside, all I could see was carpets and cardboard.’

Mr Bailey pressed the emergency stop button and the lorry’s driver, Paul Link, shut off the operations as soon as they realised what had happened.

After being admitted to hospital, Russell underwent surgery to save the arteries in his left leg which had been damaged during the crush.

Giving evidence, Mr Mohamed Mohamed, a consultant vascular surgeon at Medway Maritime, told how he became concerned when the circulation in Mr Lane’s left leg was not functioning as it should have been post surgery.

After going in for further surgery, it was found that Mr Lane had been tampering with his bandages and the clips that had been holding his wounds together.

Five days later, Mr Mohamed concluded that Mr Lane’s wound had become infected with pus, and he underwent surgery again to remove this.

He was told there was a risk that he would have to have his left leg amputated above the knee as the artery that had been operated on could rupture but Russell continued to ask to be sent to University Hospital Southampton in order to have a second opinion.

Mr Mohamed said that it was clear to him that Russell had the mental capacity to understand the decision he was taking.

‘We were boxed into a corner a little bit because he had (mental) capacity. We had to respect his decision.’ 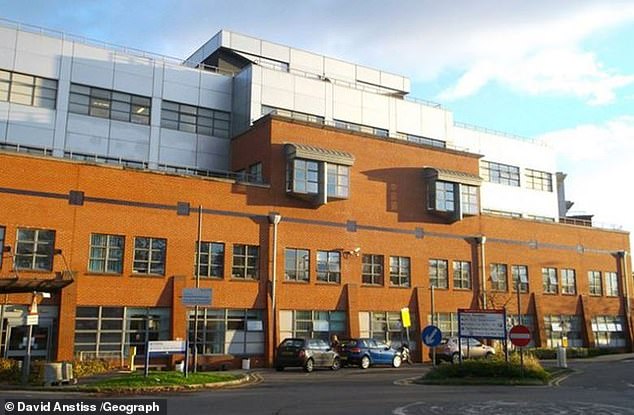 The psychiatrist who assessed Mr Lane during his stay in hospital concluded that while he may have suffered from hyperactive delirium and episodes of agitation, he did have mental capacity.

Mr Mohamed said he was concerned Mr Lane was unsuitable for transfer due to his condition and at the time the NHS was in ‘meltdown’.

Mr Lane gave Mr Mohamed instruction that should his artery rupture, he wanted Mr Mohamed to tie off the artery, which would ultimately cause his leg to go gangrenous.

On the morning of February 17 Mr Lane suffered a haemorrhage and was sent for emergency surgery but he went into cardiac arrest and sadly passed away.

The cause of his death was given as hypovolemic shock which was caused by an infected, ruptured artery.

Mr Lane’s family did not attend the inquest but evidence was heard from his mother Susan, and brother James who said how Mr Lane had ‘always been in and out of crime’.

The inquest heard that before Christmas 2017, he was making progress to stop his addiction to Class A drugs and he had found solace in his Christian faith.

Despite having no links to the area, Mr Lane told his brother he had been travelling around trying to research his family history.

His mother said: ‘Russell spoke to us about trying to find a place to stay in Rochester he didn’t say where this was or when.

‘He stated that he was attacked by some men, he was hit in the back of the head. He didn’t say whether this was the day before the incident.’

In response to questions from the coroner as to whether this could have contributed to the accident, DS Alistar Warton said while the case had been re-examined in light of these statements, ‘there’s no evidence that Russell Lane was assaulted at the time of entering the bin or before – I believe Mr Lane went to the bin of his own accord’.

In January, a year after the tragic accident, Mr Lane’s former partner and mother to his daughter Nicola Gerrard paid tribute to him.

She revealed just a few months before his death he had graduated from college with a qualification in health and social care.

The 45-year-old said: ‘Russell did not have a bad bone in his body – he was a beautiful soul.

‘He was turning his life around, starting afresh and just wanted to help others.’

She said he was a loving dad to his 26-year-old daughter Kellyanne and had sent gifts to both her and his grandson Louie ahead of his planned visit to Liverpool on December 27. 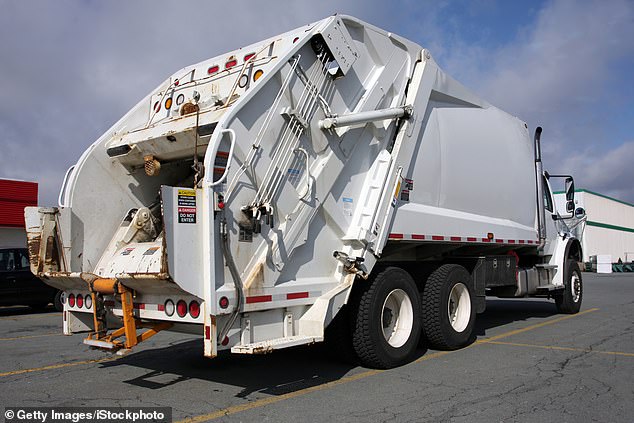 Graham Bailey, who tipped the bin into the waste lorry, told the court that he and his co-workers had been trained in how to ensure there was no one sleeping in the bins they were tipping (file image)

Miss Gerrard added: ‘That was the last time we heard from him until we heard of his horrific accident and ensuing death in February.

‘He had no way of contacting us following his accident, and no one thought to do it on his behalf.

‘The details are still unknown. Everything is shrouded in mystery. He had plenty of money in his bank.

‘He didn’t drink, there would be no reason for him to have to resort to sleeping in this bin, as was implied.

‘We are hoping for answers at his inquest, and hopefully attain some degree of closure.

‘In order to grieve naturally, we need answers, none of which have been forthcoming.

‘All we have is the horrific minimal details.’

Concluding, coroner Katrina Hepburn said that she could not determine the death to be accidental.

‘I find that misadventure is more suitable to this case. He wanted to spend the night in the bin. He had no where to sleep. I find that he voluntarily went into the bin to sleep.

‘Death was an unintended consequence.’