Torrential rain and thunderstorms lashed parts of Britain overnight as severe weather continues to cause chaos.

Homes were left without power and roads were flooded in parts of the South East, while the Kent village of Lenham saw 1.65in (42mm) of rain in the space of just one hour between 11pm and midnight last night.

Photographs captured spectacular lightning in the skies over the South East, while Kent Police’s Roads Policing Unit said the lightning was ‘very active’. Eastbourne in East Sussex saw about 1,000 lightning strikes in an hour.

A yellow weather warning is in place for thunderstorms across much of the South East of England, including East Anglia, until 9pm today. Forecasters say further rain, hail and lightning could bring potential disruption to travel. 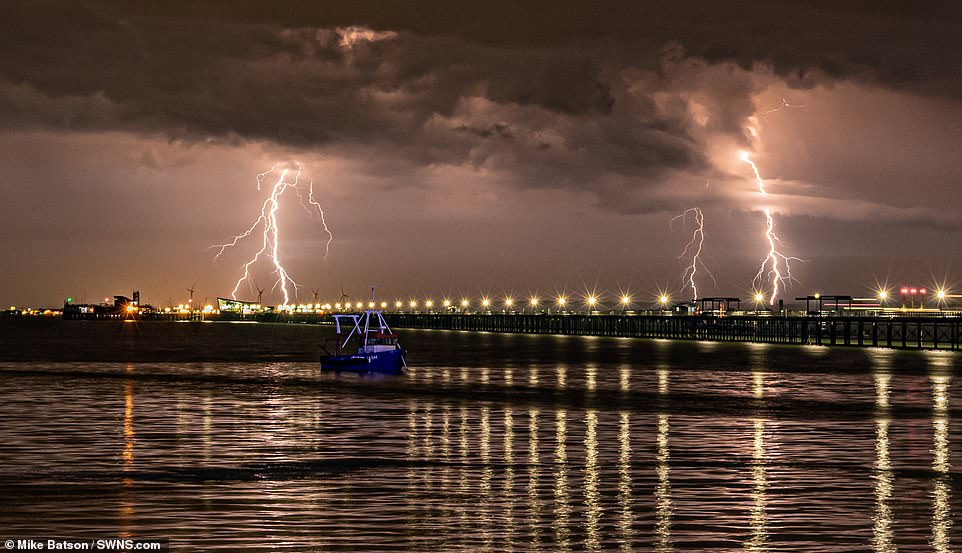 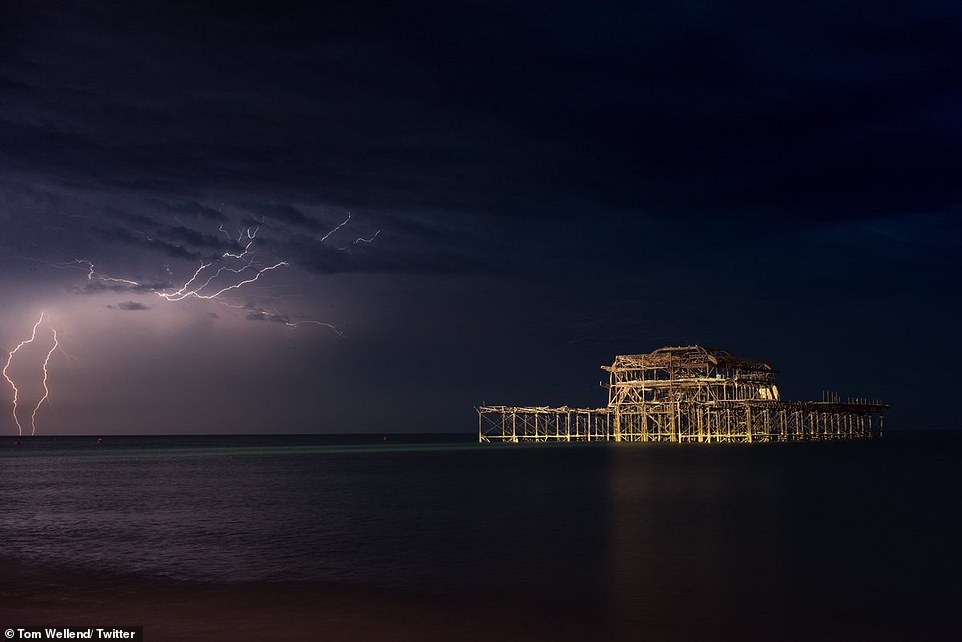 Lightning over West Pier in Brighton overnight. Some parts of East Sussex saw about 1,000 lightning strikes in an hour 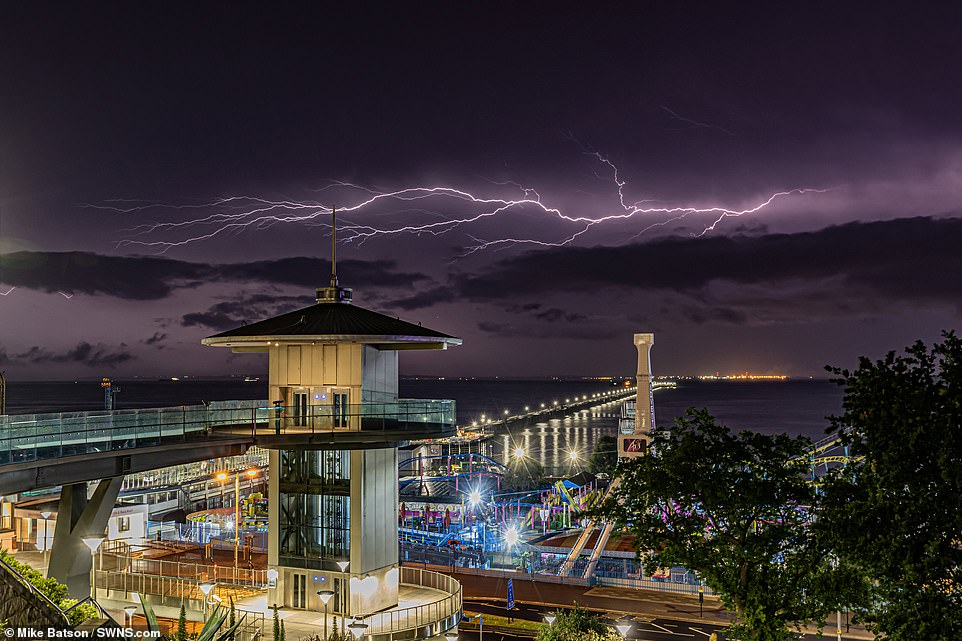 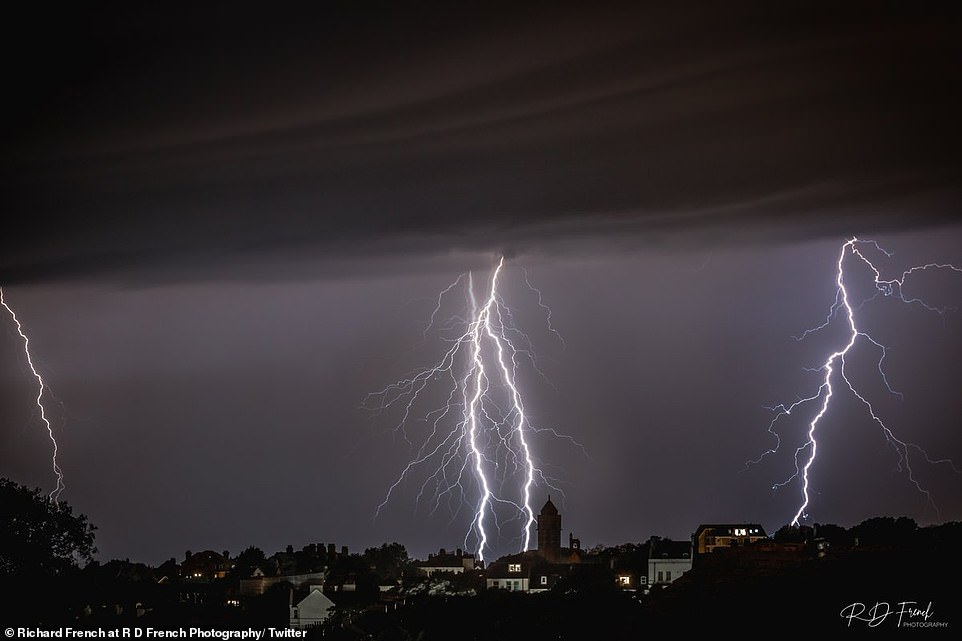 Met Office meteorologist Alex Burkill said: ‘We’ve had some heavy, thundery showers overnight. There has been some flooding near Eastbourne and some power cuts.

‘We are going to see some further heavy showers heading towards Kent, and south-east parts of the UK will see some heavy thunderstorms through the morning, while isolated ones could develop this afternoon.’

The flood-hit community of Wainfleet in Lincolnshire is within the Met Office’s warning area, but forecasters are optimistic the town will escape the worst of the storms today.

‘A few showers are possible there, but it doesn’t look like it’s going to bear the brunt of the heavy downpours,’ Mr Burkill added. 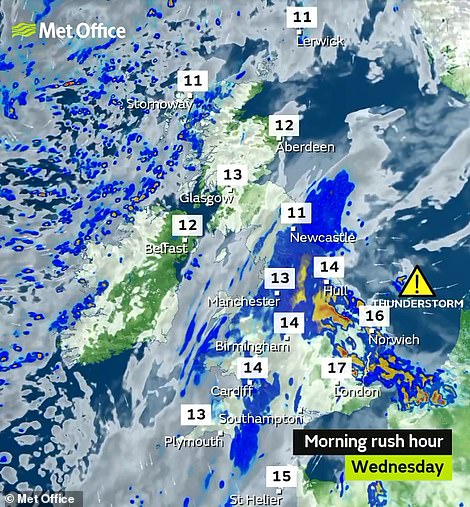 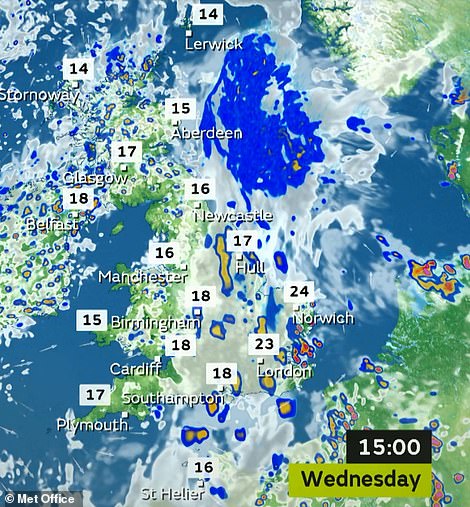 Conditions will remain wet for much of Britain today, with a severe weather warning in place for thunderstorms in England 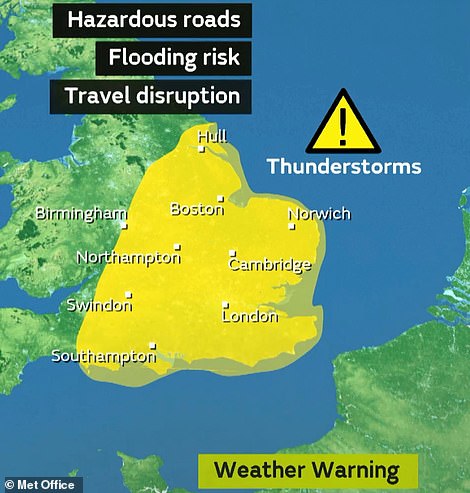 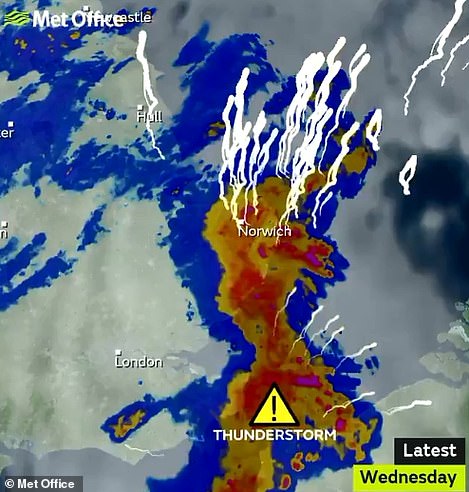 A severe weather warning (left) is in place today. Eastbourne saw about 1,000 lightning strikes in an hour overnight (right) 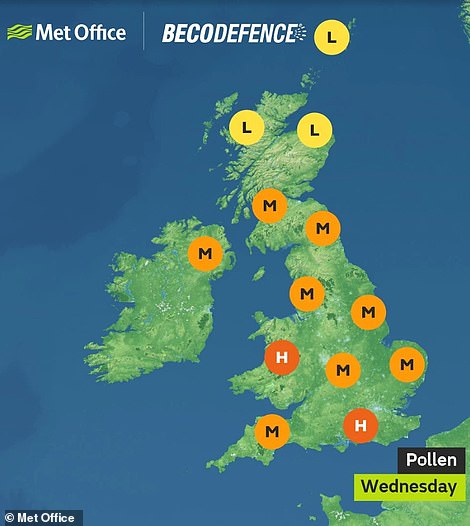 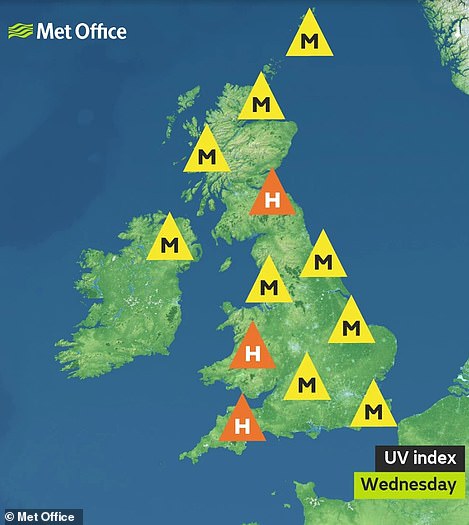 The pollen count is high for southern England and Wales today (left), while the UV index is high for the South West (right)

The town has already seen around 225 Olympic-sized swimming pools’ worth of water pumped out to sea following severe flooding last week.

Around 350 tonnes of sand and ballast were dropped in the area by RAF Chinook helicopters over the weekend. Yesterday, Lincolnshire Police said almost 600 homes remained evacuated as the clean-up operation continued.

Other parts of the country will see a much brighter day today, with sunshine expected in Scotland and Northern Ireland. The rest of England and Wales could see a damp start, before things brighten up later in the day.

The weekend is also set to bring some respite from the recent downpours, with temperatures rising to as high as 73F (23C). The top UK temperature yesterday was 71.8F (22.1C) at Frittenden in Kent.