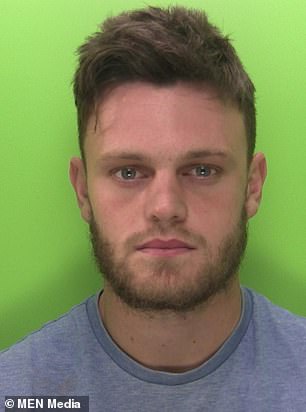 A woman has told how she was beaten with an iron bar, forced to eat paint and smashed over the head with two mirrors in a horrific attack at the hands of her footballer boyfriend.

Reece Thompson abused and humiliated his partner in a devastating series of attacks which left her with a broken jaw.

She suffered horrific bruising on her body and her face was blackened after the attack, which went on for three days last September.

The woman said Thompson rubbed glass into her back and threatened to make her run down the street naked.

The 25-year-old, who has played for Retford United, Boston United and Guiseley AFC, was jailed for three years and four months and received a 10-year restraining order.

The victim, who wished to remain anonymous, told how she feared Thompson would kill her when he picked up a mirror to smash it over her head. 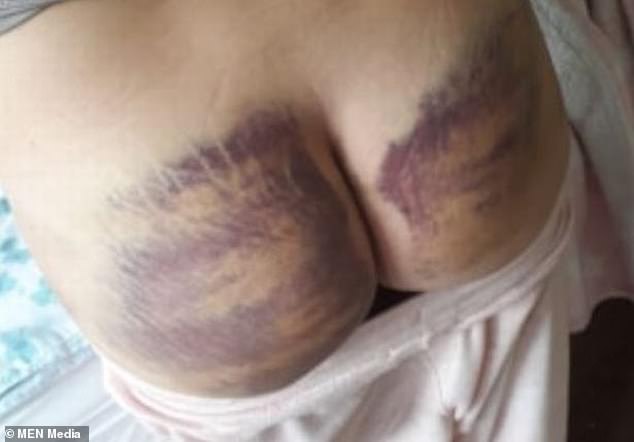 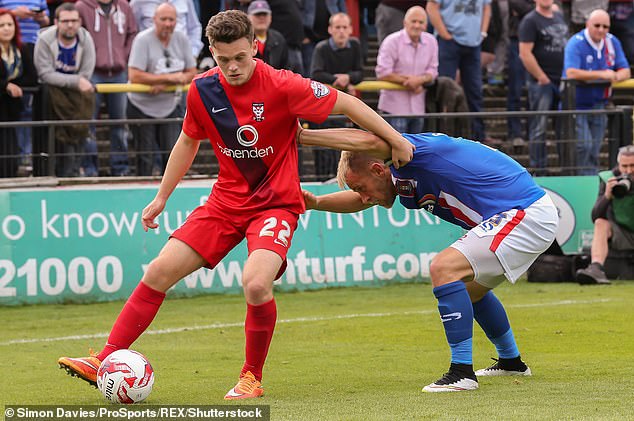 She told the Lincolnshire Echo: ‘Reece repeatedly hit me. He hit me with an iron bar, broke my jaw and smashed a mirror over my head.

‘I was made to lick paint up off the floor and then he smashed another mirror over my head.

‘It was when he picked up the second mirror that I thought I was going to die, I screamed for him to stop or he would kill me.

‘He told me to get my arms down and take the beating like a real person.’

Thompson began his career as a trainee at Lincoln City before going on to make a name for himself at Retford United. 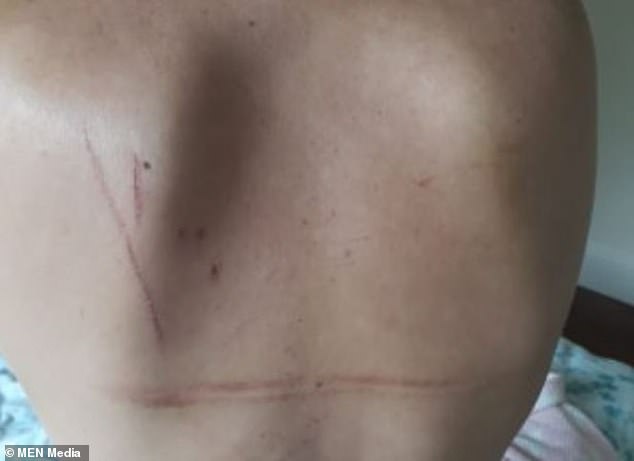 He went on to represent York City in League 2 and North Ferriby United in the National League.

The forward then signed for Guiseley AFC in the Vanarama National League North and had been living in Bircotes at the time of his arrest.

He also made appearances for Boston United during a season-long loan. Thompson hasn’t played for Guiseley AFC since September at the time of the attack.

A spokesman at the club has said: ‘The club will be making a comment in due course.’