A US tourist on a jet ski cheated death after a high-speed collision with a large fishing boat while on holiday in the Caribbean island of St Barts, that was all caught on camera.

Mike Higbee was exploring the waters off Leeward Islands on December 30 when out of the corner of his eye he saw a fishing boat barreling towards him at full speed.

‘I knew there was going to be an impact,’ he told Good Morning America. ‘It was unavoidable.’ 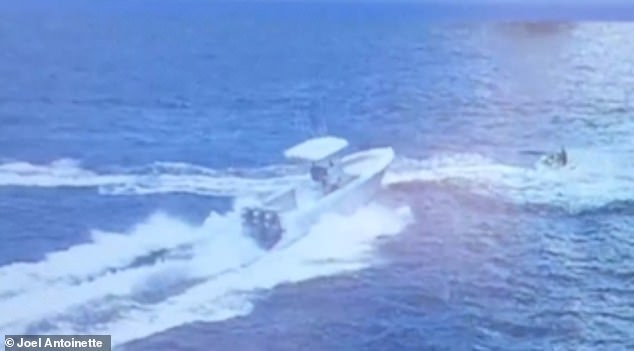 The jet ski was caught on camera as it collided with the larger fishing vessel. The tourist said his vision had been momentarily obscured and by the time he noticed it was too late to avoide the collision

Footage shows how the jet ski is skimming across the water, when the fishing boat coming from the opposite direction barrels into it at full-speed.

The musician said his vision had been obscured by a yacht for a moment and when he looked again it was too late to get out of its way.

‘My last memory is about five feet out, right before impact,’ Mr Higbee said.

Face down in the water, and bleeding, his brother tried, but was unable to single-handedly flip him back over. 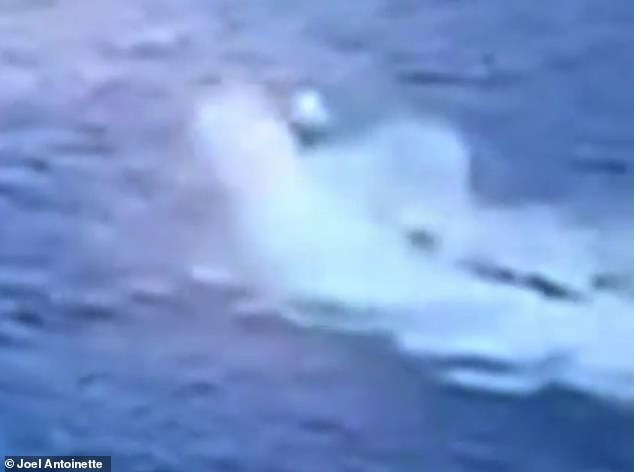 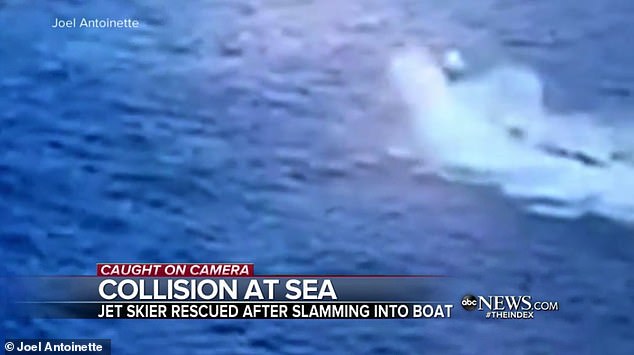 Ryan Rivenburgh, 21, has been praised for his quick action that helped save the life of the injured tourist. He can be seen in this news report rushing on the back of a jetski to the rescue of the injured man 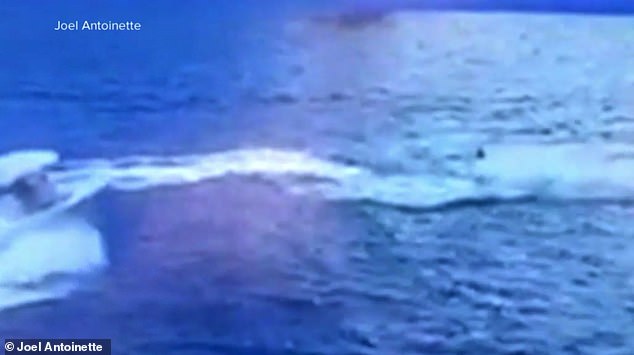 Ryan Riveburgh said when he first arrived at the scene of the crash, he thought Mr Higbee was dead 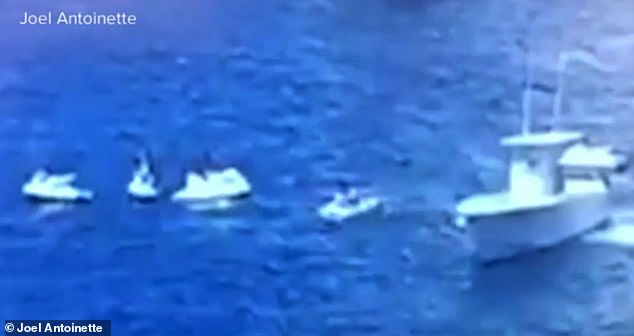 Fortunately for the injured jet skier there were a number of other boats nearby. A deckhand working on a nearby yacht jumped on another jet ski and helped pull the

Fortunately, a West Palm Beach resident Ryan Rivenburgh, 21, was working as a deckhand on a 157-foot yacht nearby.

He saw the accident and quickly jumped on a jet-ski of his own to help pull the seriously-injured tourist out of the water.

Mr Rivenburgh said there was a brief moment where all thought they were fishing a dead man out of the water.

Fortunately, Higbee was in shock, but alive, albeit with a number of significant injuries. He fractured six vertebrae in the collision and it is expected that his recover will take months.

He also received a 10-centimeter gash to his forehead that needed stitching.

Mr Higbee expressed his gratitude to the deck-hand who helped save his life.

‘This kid, Ryan, was amazing. He jumped right in, didn’t hesitate and did everything he could,’ he said. ‘He’s my hero.’

‘This has given me a real sense of gratitude for being alive.’ 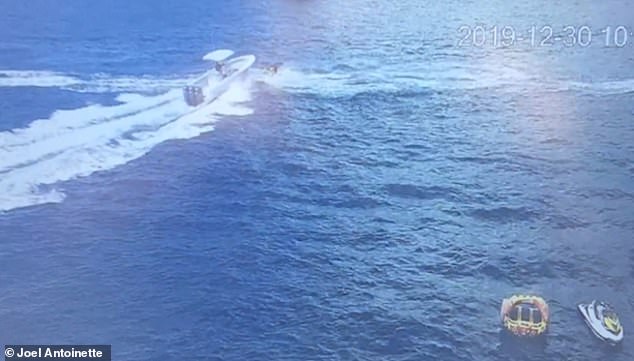