Colin Kaepernick is no longer in the NFL – which, when one considers that Derek Anderson and Cody Kessler are getting snaps at quarterback, is fascinating – and the White House-driven conversation about pregame national anthems in the league largely has receded.

Still, on this given Sunday, both Kaepernick, and the ramifications of his protest movement about racial equality and social justice, were back in the news.

That’s because Kaepernick’s former teammate with the San Francisco 49ers, safety Eric Reid – who is still kneeling during “The Star-Spangled Banner” with his current club, the Carolina Panthers – made his personal conflict with Philadelphia Eagles safety Malcolm Jenkins a very public matter.

First, Reid went out onto the field to jaw at Jenkins, who was near the Eagles logo before the game. They got in each other’s faces – Jenkins with a helmet on, Reid without – until officials, coaches and teammates separated the pair. Then, after the game, Reid did not shy away from telling reporters exactly what he thinks of Jenkins.

This all stems from Reid’s split from Jenkins’ The Players Coalition after the group sought to get pregame demonstrations to stop if the NFL made charitable donations to causes they support. Reid also was bothered by Kaepernick’s exclusion from meetings on the issue.

“We believe a lot of players should have stepped up for Colin,” Reid said Sunday. “I believe Malcolm capitalized on the situation. He co-opted the movement that was started by Colin to get his organization funded. It’s cowardly. He sold us out.” 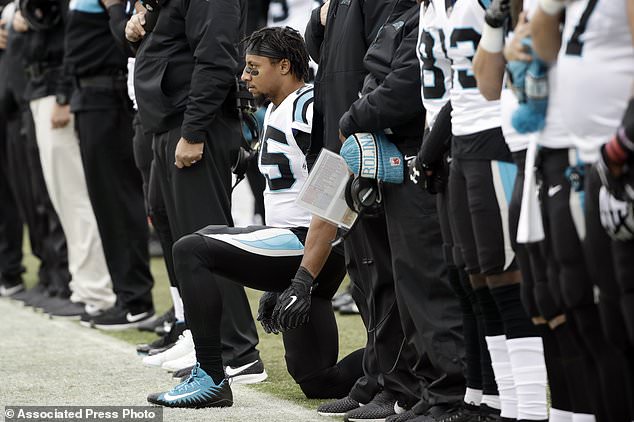 Carolina Panthers strong safety Eric Reid, center, takes a knee during the playing of the national anthem prior to an NFL football game against the Philadelphia Eagles, Sunday, Oct. 21, 2018, in Philadelphia. (AP Photo/Matt Rourke)

When Reid’s comments were relayed, Jenkins said: “I’m not going to get up here and say anything negative about that man.”

Kaepernick, meanwhile, tweeted out a message of support for Reid.

In case you missed it, here are other top topics after the NFL season’s seventh Sunday:

UNFIT TO BE TIED

Tennessee Titans coach Mike Vrabel had no interest in a tie. And when your offense is as vanilla and old-fashioned as his, maybe that makes sense – even if it means flying all the way back from London with a loss. When the Titans scored a TD to cut their deficit to 20-19 against the Los Angeles Chargers with 31 seconds left in regulation, the obvious move would have been to kick an extra point and figure you’ll take your chances in overtime. Vrabel went rogue, though, opting to try a 2-point conversion for the win, while risking defeat. Didn’t work: Marcus Mariota’s pass from the 1, following a penalty on the Chargers, was incomplete, and the Titans lost their third game in a row.

For 222 consecutive extra points in the regular season, Baltimore Ravens kicker Justin Tucker’s aim was true. Somehow, No. 223 proved problematic. After Joe Flacco threw a 14-yard TD pass to John Brown with 24 seconds left to get Baltimore within a point against the New Orleans Saints, OT seemed to be a certainty. Except Tucker’s PAT swerved right of the goalpost, leaving his Ravens with a 24-23 loss. As the ball sailed awry, his jaw dropped and his eyes widened in disbelief. “Every kicker, every football player, is going to come across a moment, a challenging moment. You play long enough, you’re going to have a kick you want back,” Tucker said. “Tonight was that night for me.”

Even Jerry Jones had nothing to say after this one. The Dallas Cowboys’ owner loves to offer his thoughts after games – win or lose – but he avoided the media after his club dropped to 0-4 on the road this season with a 20-17 defeat against the NFC East rival Washington Redskins. All sorts of things went wrong for the Cowboys, who are 3-0 at home: Ezekiel Elliott was held to 34 yards; Dak Prescott lost two fumbles, including one returned for a fourth-quarter TD that turned out to be the winning points; coach Jason Garrett appeared to be satisfied setting up a potentially tying field-goal attempt to force overtime rather than trying to get the ball in the end zone in the closing seconds; a rarely called penalty on the long snapper turned a 47-yard kick into a 52-yarder that Brett Maher doinked off the left upright. 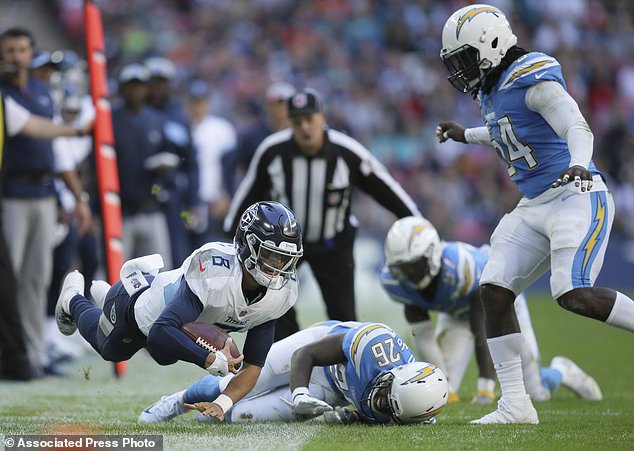 Tennessee Titans quarterback Marcus Mariota (8), left, runs with the ball during the first half of an NFL football game against Los Angeles Chargers at Wembley stadium in London, Sunday, Oct. 21, 2018. (AP Photo/Tim Ireland) 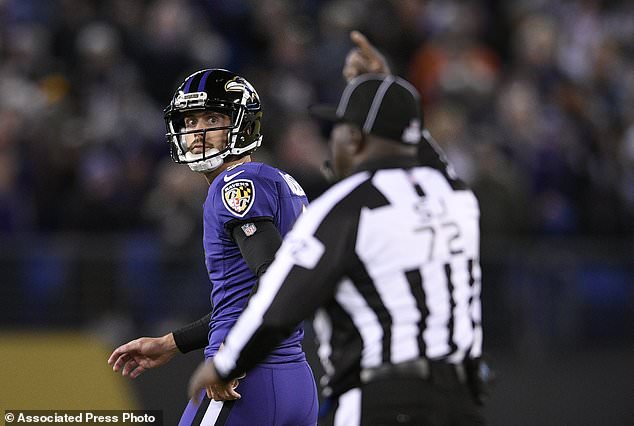 Baltimore Ravens kicker Justin Tucker, left, walks off the field after missing a point after attempt in the second half of an NFL football game against the New Orleans Saints, Sunday, Oct. 21, 2018, in Baltimore. (AP Photo/Nick Wass) 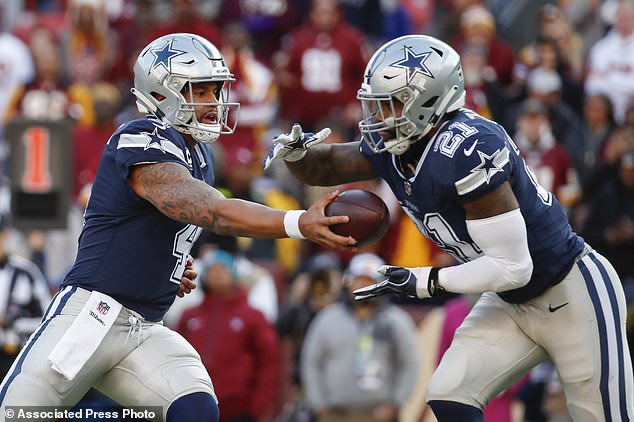 Dallas Cowboys quarterback Dak Prescott (4) hands off the ball to running back Ezekiel Elliott (21) during the first half of an NFL football game against the Washington Redskins, Sunday, Oct. 21, 2018 in Landover, Md. (AP Photo/Alex Brandon)

World’s largest aircraft that can carry almost 500 people lands in Glasgow
Padma Lakshmi wears classic white lab coat as she visits MIT
We’re in the grip of a diabetes epidemic, four people reveal how you can tell if you're in danger
Prince Andrew WILL continue to work on his Pitch@Palace project
Bloodbath on the High Street as it's revealed 125 retailers went bust in the last year
Remainer David Gauke vows to quit Government BEFORE Boris Johnson becomes Prime Minister
Boris Johnson faces first international tests as leader as he is warned 'the EU is not for turning'
Israeli leader announces lockdown over Passover holiday